Benidorm Sun, Sea and Sangria: Couple on their love for resort

Officials in Benidorm have reacted with fury to a proposed tourist tax. The Valencian region has plans to introduce a new charge for visitors to the area.

The proposed tax would see tourists charged about 14 euros (£12) to travel to the area’s resorts, including Benidorm.

Hoteliers have said they are unanimous in their opposition to the tax and are demanding it is withdrawn.

They said the new nightly charge is a “punishment” as well as being “irresponsible” and “reckless”.

Hosbec, a hotel association in the area, is forecasting difficult times ahead in Benidorm due to rising costs for energy, food and staff. 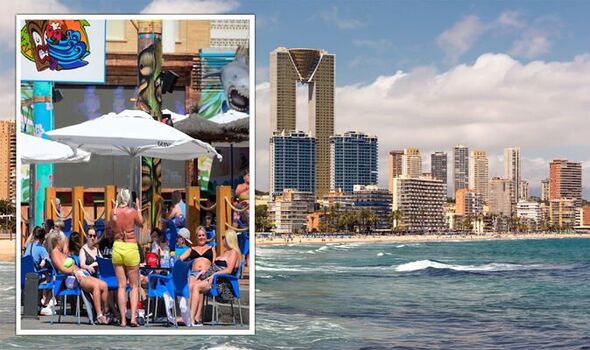 Federico Fuster, vice president of Hosbec, said: “For this reason, we strongly request the withdrawal of the bill that intends to implement the tourist tax in the Valencian community.”

Currently the proposed tax would be introduced on a voluntary basis and local areas could choose to reject it.

However, the hoteliers fear that the tax would end up becoming mandatory for tourist accommodation and cruise liners.

Fuster said: “In 2019, the taxes collected for the Valencian community linked to tourist activity totalled almost €3,900 million(£3,350million), nothing more and nothing less than 15.3 percent of the total taxes collected.

“This proposal is out of place in the economic scenario as unfavourable as the one we currently find ourselves in.

“It is an economic drain on consumers, severely punished by inflation, and therefore irresponsible and reckless.”

The Valencian Government does not think the tax would put off British holidaymakers who make up a larger percentage of visitors to Benidorm.

Fuster claimed: “This is an assumption that has not been verified and does not have any type of economic study. 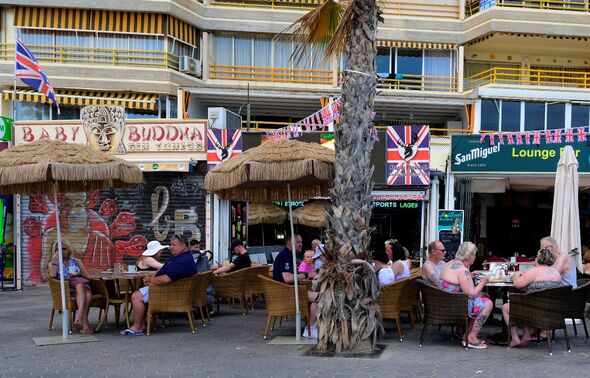 Mayor of Benidorm, Toni Perez said: “The Government of Benidorm, in tune with what is maintained by the sector, has always defended the ‘no and never’ approach to the tourist tax.

“It generates more uncertainty in a sector that has always been a tractor and a locomotive, offering great returns to the gross domestic product of the Valencian community.

“The introduction of the tourist tax is contrary to the model of the Valencian community. We do not understand that forcing a visitor to pay a fee is the best letter of introduction or example of hospitality that can be given.

“Sustainable, responsible and quality tourism has been practised day by day and for decades in this region in destinations such as Benidorm, and that has little or nothing to do with penalising the sector and the activity or with introducing a tax that does not solve anything. Benidorm will not apply it.”

Benidorm, Alicante and much of the Costa Blanca would be affected by the tax if it became mandatory.

Spain’s Balearic islands and Barcelona already have tourist taxes in place, most of which are paid on a nightly basis.

The charge varies depending on the type of accommodation with the lowest charges for those camping or in hostels.