Richard Tice hits out at demand for child-free air travel

The woman’s choice of lasagna for her meal even received comments from the flight attendant. He said that didn’t stop her enjoying it.

On Reddit, the man wrote: “My girlfriend ordered lasagna in the airport terminal right before boarding, knowing we didn’t have time to eat it before we boarded.

“We boarded right after she received her food. After we sat down, before taking off, she opened it up and started eating.

“I didn’t say anything at first, but then a flight attendant approached and said in an informative way, ‘oh you’re the person eating lasagna. We can smell it throughout the whole plane’. And then she left us.” 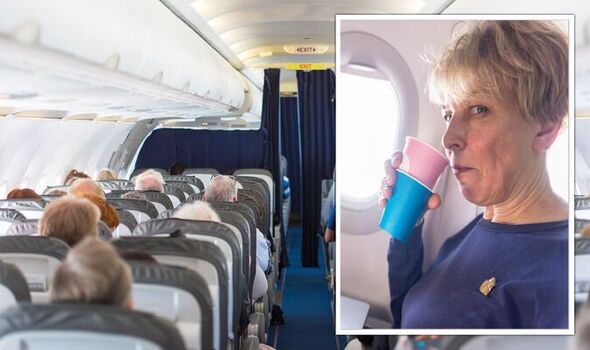 The man said he then suggested that his girlfriend stop eating the lasagna on the plane because of the smell.

He added: “Girlfriend put up a bit of a fuss and didn’t want to put it away at which point I told her it was likely ruining other people’s flight experience having to smell her food.

“She didn’t take kindly to those words.”

The man’s lasagna situation divided people on Reddit with some thinking there was nothing wrong with enjoying a lasagna.

Another added: “Where was she supposed to put it where it wouldn’t smell? Eating it was the fastest way of removing the issue.”

However, not everyone supported the lasagna eating woman, with one saying: “It was a pretty bad decision on her part.”

Another added: “You were being considerate and trying to make your girlfriend aware of a social cue she was either missing or ignoring.” 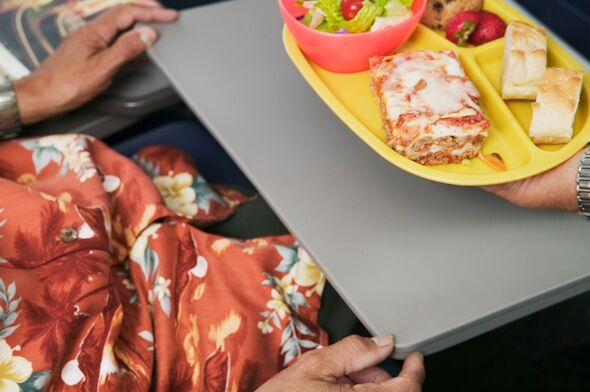 Airlines do often serve lasagna or pasta on flights, however they’re unlikely to offer the items on a short-haul journey.

While smelly food could ruin a journey, it has been scientifically proven that taste buds are affected by flying.

Cabin air is 15 percent drier than air on the ground, which can make passengers dehydrated and dry-mouthed.

Sense of smell is also affected when passengers reach 30,000 feet and their perception of salty and sweet foods is impacted.

Many airlines try to give their food an extra kick and season it more than a restaurant would on the ground.

Some flavours are even impacted by the plane’s engines as background noise can affect some eaters.

Many passengers say that tomato juice tastes far better in the air than in a restaurant on the ground.

Tomatoes are rich in umami, the fifth sense, which may be enhanced by background noise on a plane.