The capital is home to a range of delightful lidos – public outdoor swimming pools that had their golden age in 1930s Britain before cheap foreign holidays became popular. They took their name from the original Lido, an island beach resort in Venice that conjured up the idea of glamorous poolside parties.

Many of the most charming retain the Art Deco period features of that pre-war era with blue-tiled bottoms and changing cubicles on the poolside. Others are stretches of lake laned-off for a more wild experience, where you may share your morning swim with ducks and geese…

Here’s some of our sister site 2Chill’s favourite places for open-air swimming in London: 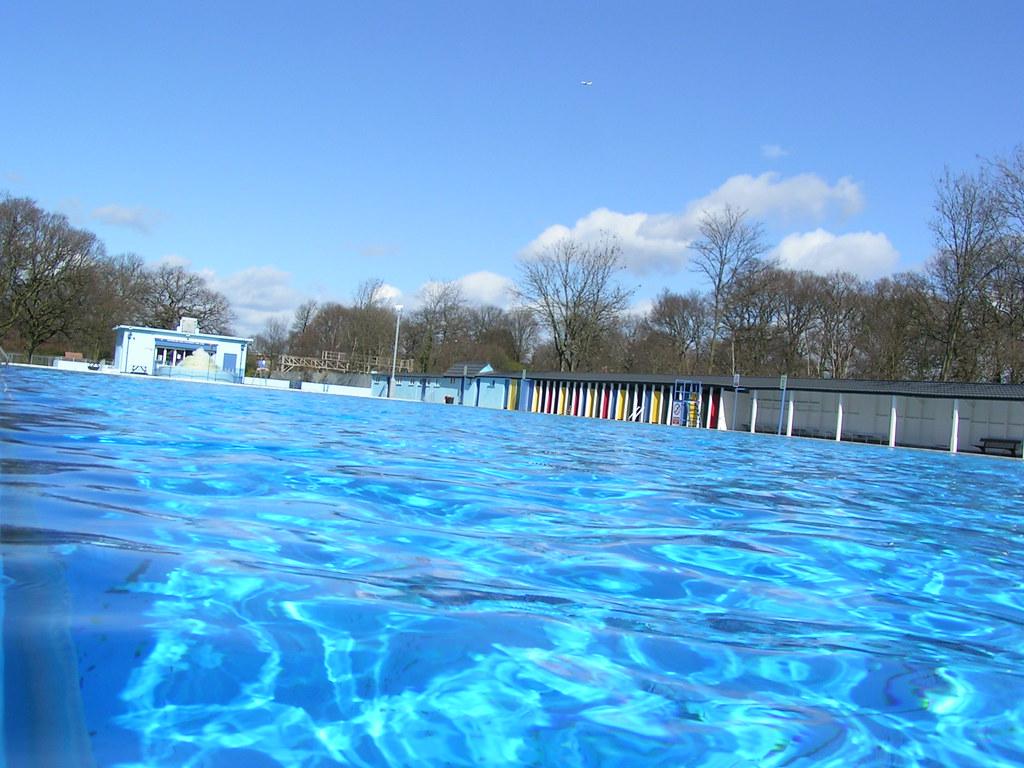 (Rolyatam)
Home to the South London Swimming Club, there have been races at Tooting Bec Lido since 1908, following its construction in just four months in 1906. Originally a bathing lake, it’s been added to over the years and now has a cafe and paddling pool.

As well as being one of the oldest surviving in London, it’s the largest freshwater swimming pool in England at 100 yards long and 33 yards wide (90 metres by 30 metres) – that’s a million gallons of unheated water you can enjoy all year round. If you want to swim in winter you need to join the club, but non-member summer sessions can be booked online. 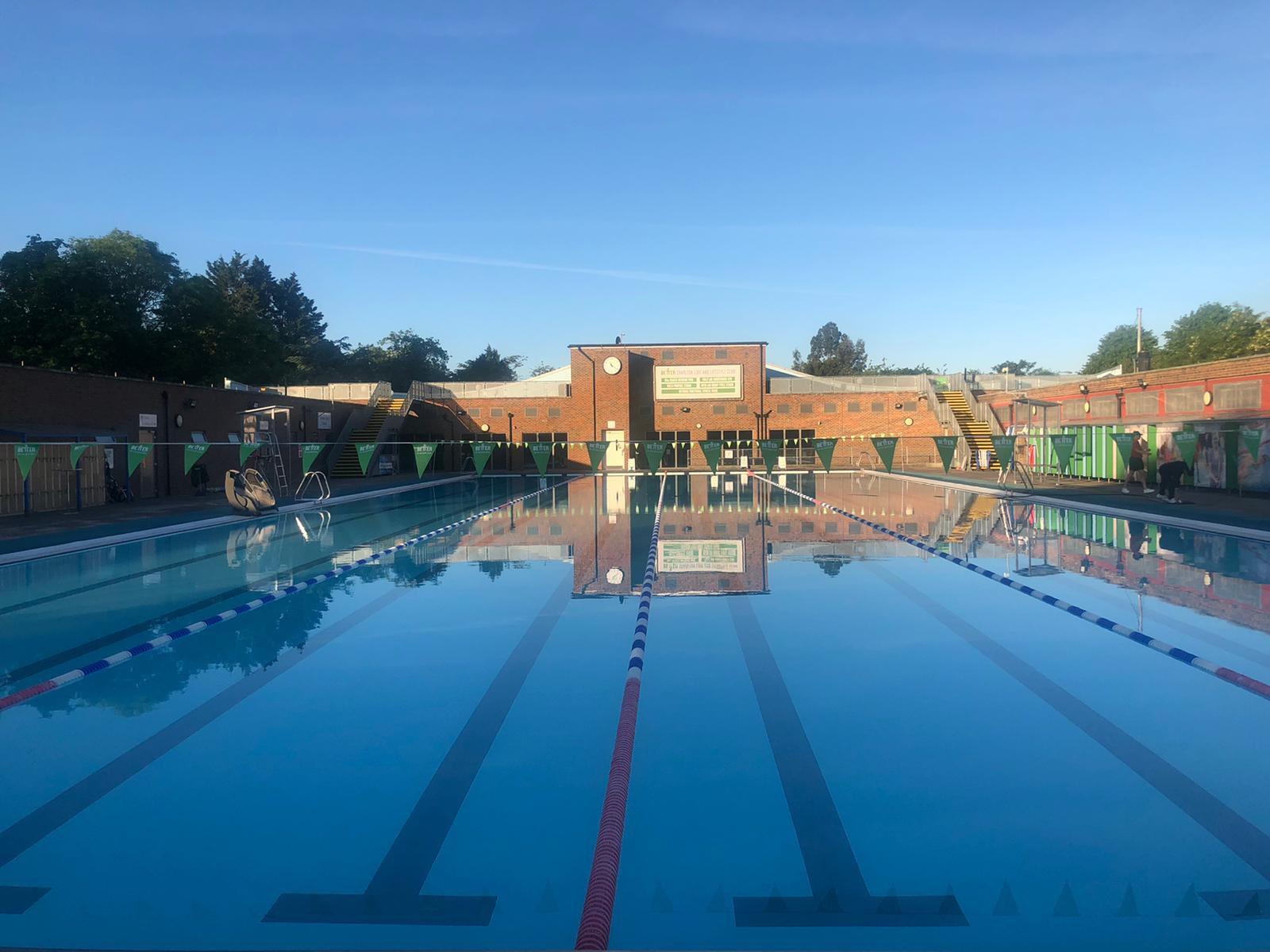 This lido is part of a lifestyle club in south London that lets you work out in their gym or on the tennis courts before you take the plunge. The outdoor pool is heated, which might feel like a bit of a cheat, but in winter you still need to get from the changing rooms to the water.

It’s also home to the Lido Ladies who are known for taking their dip in snazzy swimming caps and pearls. 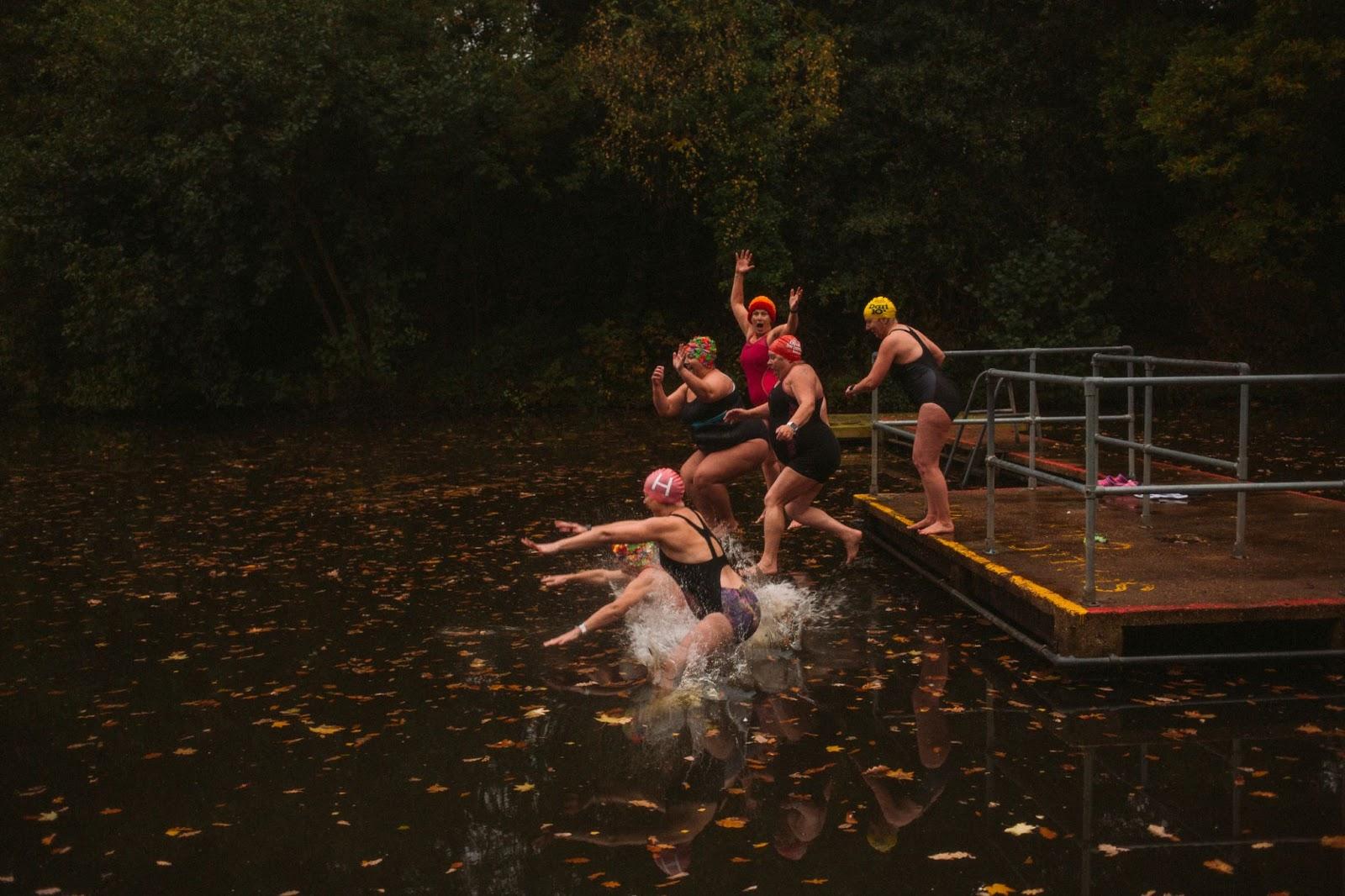 In this massive London green space you have the choice of wild swimming and not-so-wild. There are three freshwater bathing ponds surrounded by trees, plus the unheated lido pool.

There’s a lifeguard on duty at Kenwood Ladies’ Pond, Highgate Mens’ Pond and Hampstead Mixed Pond, but little else in the way of changing rooms or anywhere lockable to leave your valuables. However, a hardy group of individuals swim regularly and will help to keep an eye out.

Within the heath is the Parliament Hill Lido, which is open 365 days a year and has toilets, warm showers, and changing rooms. 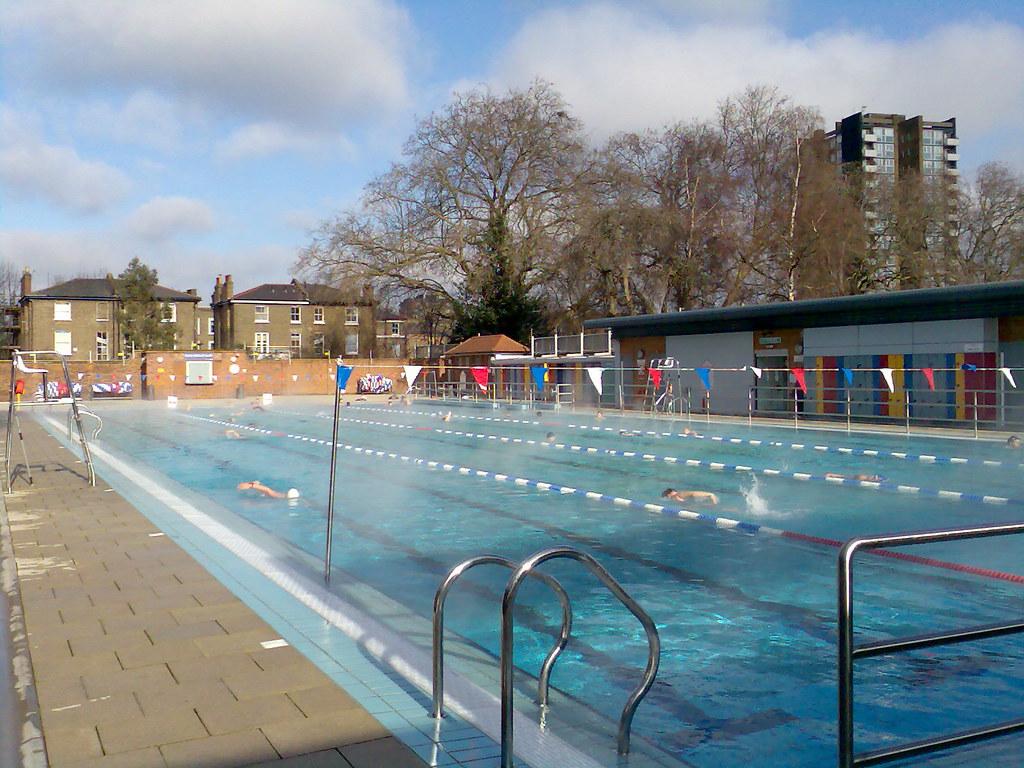 This 50m heated lido in Hackney opened in 1932 but was later closed for 18 years when it was occupied by squatters who held raves in the empty pool shell.

It was reopened in 2006 with a sunbathing terrace and cafe and is kept at an inviting 25C all year round. 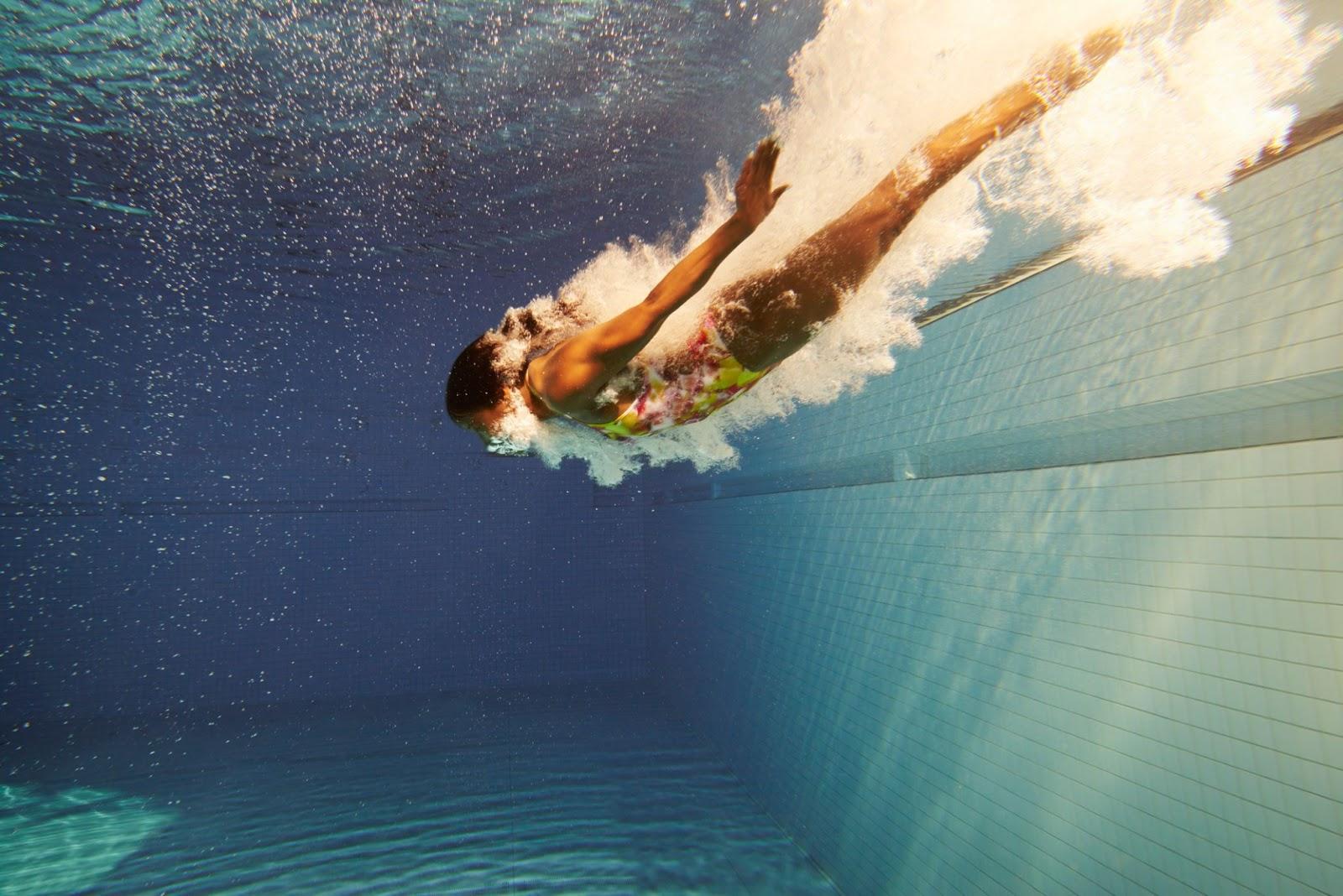 This beautifully restored 50m Art Deco pool in Hillingdon is part of a complex that includes three indoor pools. But there’s plenty to tempt you to brave the outdoor plunge, as its open-air facility has cascade fountains at both ends and a heated shallow splash pool for children. It was reopened in 2010 after extensive refurbishment. 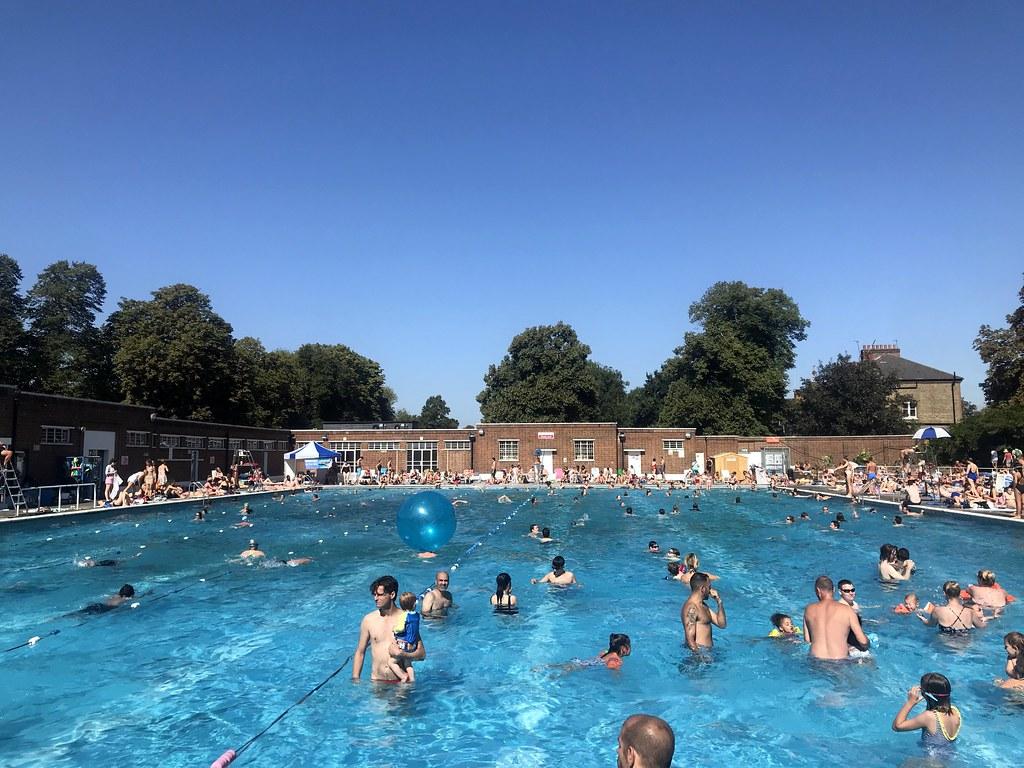 Situated in a quiet corner of Brockwell Park, this Art Deco pool is said to be the first in London to use the name lido. A pond was built in 1892 but only men and children were able to swim in it – women were banned until 1929.

Since then the lido has faced periods of closure for major repairs and because of council funding shortfalls. In 2001 three local women formed a new user group which has helped to shape the future of the site and keep it open. In 2003 the lido was given Grade II listed status by English Heritage. 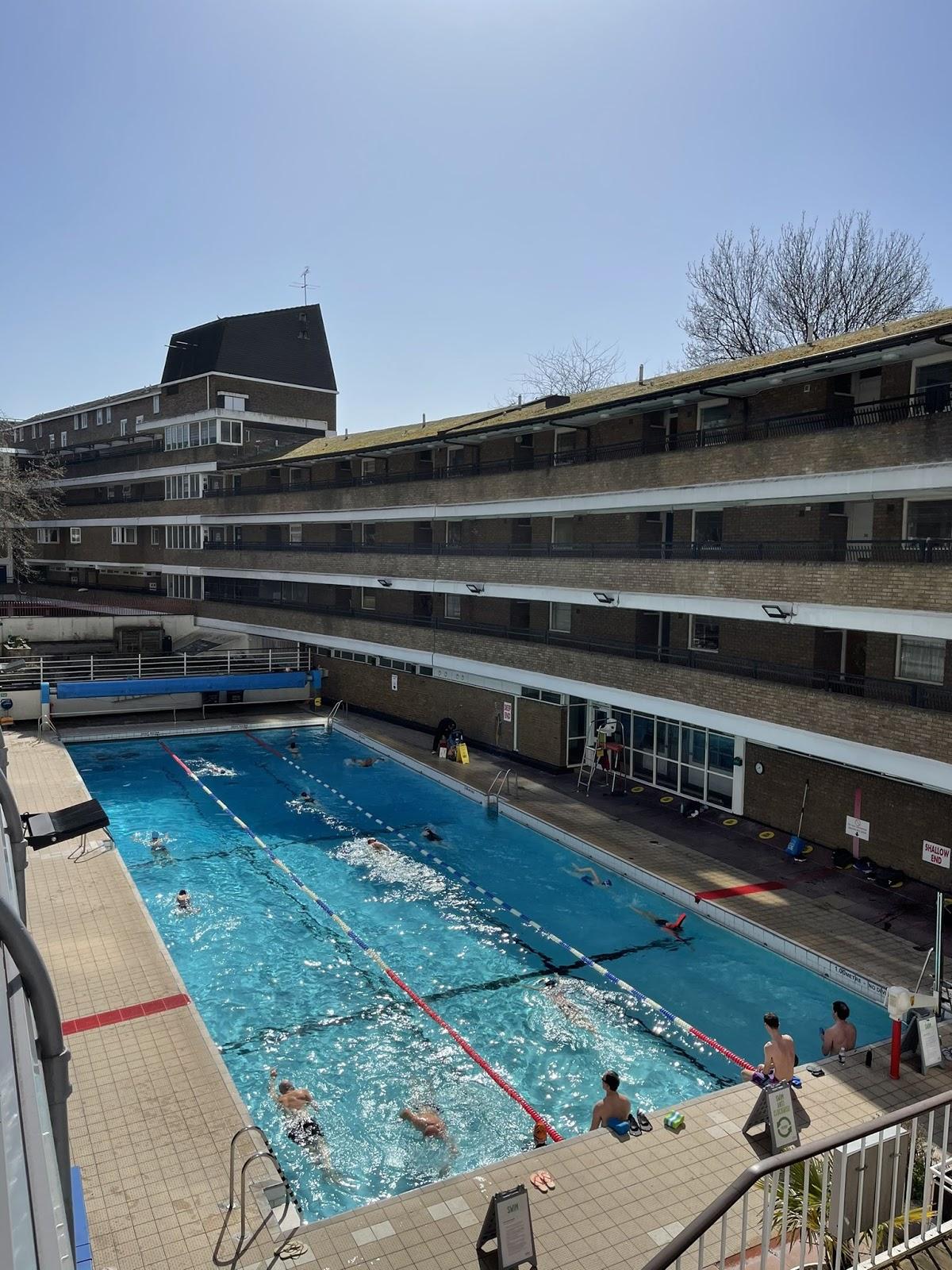 An outdoor pool in the heart of London? The Oasis Sports Centre can’t get more central than its spot in the middle of Tottenham Court Road, Holborn and Covent Garden Tube stations in the West End. This quirky location behind a rather unexciting city facade opens up into a relaxing space in the centre of the busy metropolis.

Richmond Pools on the Park 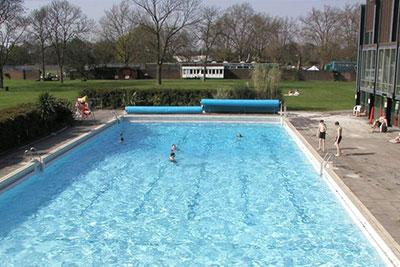 Situated next to the famous deer park in the largest of London’s royal parks, this facility offers the best of both worlds – the indoor pool lies beside the outdoor pool, separated by a wall of windows – so if it’s too chilly when you try the water outside you can easily pop inside to finish off your lengths. 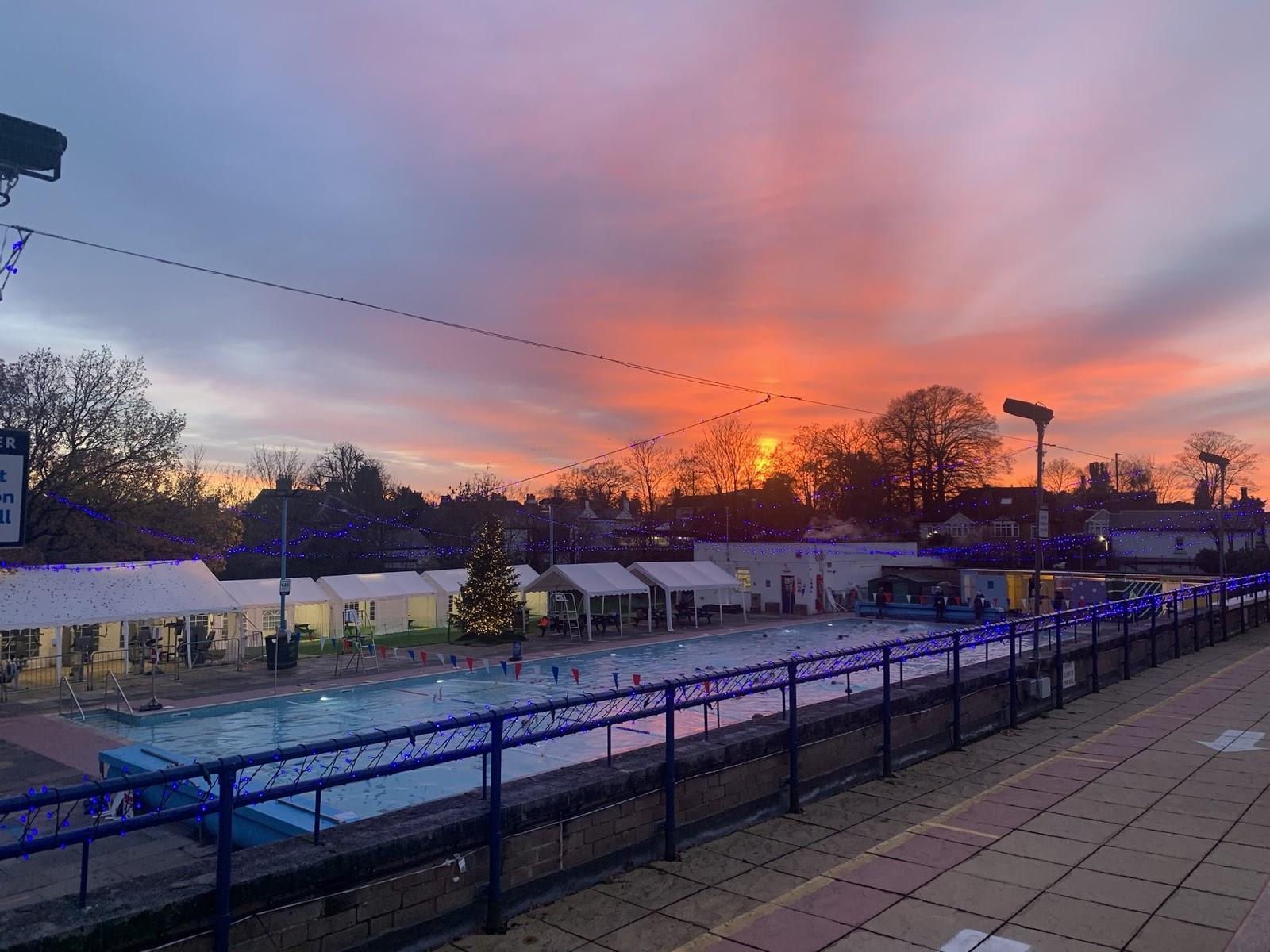 Set in woodland on the edge of Bushy Park, this pool is kept at a tropical 28C and offers a large grassy area for you to rest between dips.

Before lockdown it offered monthly “moonlight swims“ where they opened after dark for a purely magical experience of swimming casually under the stars.

Video of the week: Drone fishing for tuna