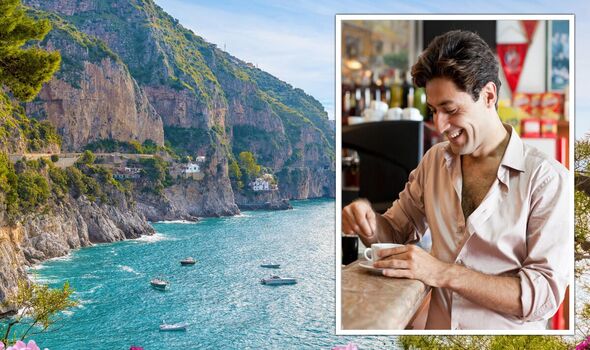 YourOverseasHome looked at the cost of essentials in six European countries as well as the UK. A stunning country came out on top for British expats.

Italy topped the rankings out of the countries surveyed, as the cheapest destination to live overseas. Seven countries were analysed in the cost of living index.

YourOverseasHome said: “Despite there being a few cities and towns that have reputations for being expensive destinations, Italy is by far the cheapest place to live long term when you’re not spending like a traveller. This is despite the fact that energy costs more in Italy!

“Of course, we acknowledge the fact that the true cost of living will vary significantly from region to region, but to live in a run-of-the-mill town or village outside the usual tourist hotspots, Italy is apparently the most reasonable.”

Although energy might cost more in Italy, groceries are generally far cheaper there than in the UK.

Fish, chocolate and gin are more than double the price in the UK than in Italy although lettuce was cheapest in the UK.

Britons could also save on housing costs in Italy with the price of decorating supplies or a domestic cleaner lower than in the UK.

Electrical items such as a TV or an Amazon Alexa Echo Doc were cheaper to buy in Italy than in the UK.

Britons could also pick up a cappuccino in an Italian cafe for just £1 on average compared to around £3.20 in the UK.

However, eating out was cheapest in Spain where a three course meal would set someone back just £13 on average.

Dental appointments were cheapest in Spain, costing around £21.50 compared to Germany’s £50.

Brits could also save on leisure activities by moving abroad with the price of a cinema ticket far more expensive in the UK than in the other countries analysed.

However, some things were cheaper in the UK with paracetamol selling for almost 10 times the price in Italy.

Greece had the highest fuel prices at £86 for 50 litres of unleaded petrol compared to the UK’s £81.

In Portugal, British expats could save on petrol where the same amount of fuel comes in at about £78.

Christopher Nye, chief editor at YourOverseasHome.com, said: “We know that thousands of Britons are considering moving abroad, more so than ever! UK natives are looking to jump ship to avoid high energy costs and neverending price rises.

“But if you’re moving under the assumption that you’ll be getting more for your money, you could very well be jumping from the frying pan into the fire, as prices have shot up across the eurozone too.”

Germany was the next more expensive place to live after the UK with Spain and France behind.

BA announces its largest ever number of hosted bag-drop machines ·