Google Maps has snapped a very sinister scene taking place in a seemingly remote location. The disturbing photo is an aerial shot of a field – but the spectacle below is no normal sight. In the grass there appear to be two graves dug into the earth and a man is lying in each.

The sinister image comes with no explanation for what is going on in the scene.

To the side of each grave is a large pile of dirt, suggesting the graves have been freshly dug.

The two ditches are precise rectangles and seem to be custom-sized to fit the men.

Rather than being covered over with the earth, as is usual with graves, these holes remain open. 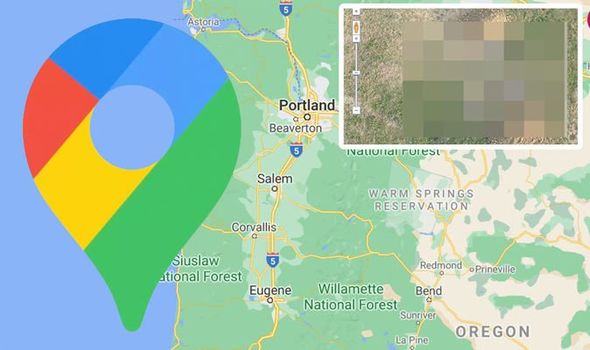 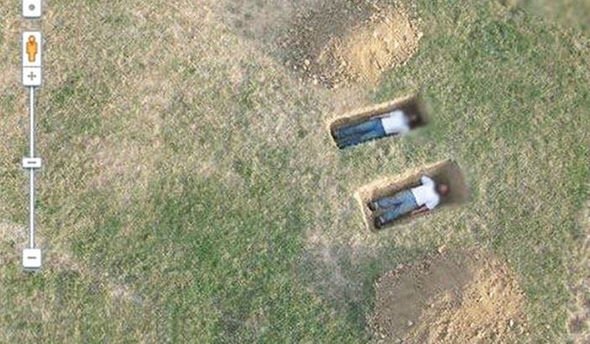 The Google user can easily see both the men. Intriguingly they are both wearing jeans and white T-shirts.

They lie with their arms by their sides in seemingly matching positions as they stare up at the sky.

No one else can be seen in the vicinity, nor can the spades which the graves were dug with.

Could the Google user be looking at the gruesome sight of two dead bodies – or is there more going on here than meets the eye?

There is hopefully a much more rational explanation to this image which at first glance seems very chilling indeed.

Unusually for Google Maps images that go viral, the story behind the photo is in fact known.

The men – a married couple – are in the process of carrying out a piece of performance art and no one knows how the image ended up on Google Maps. 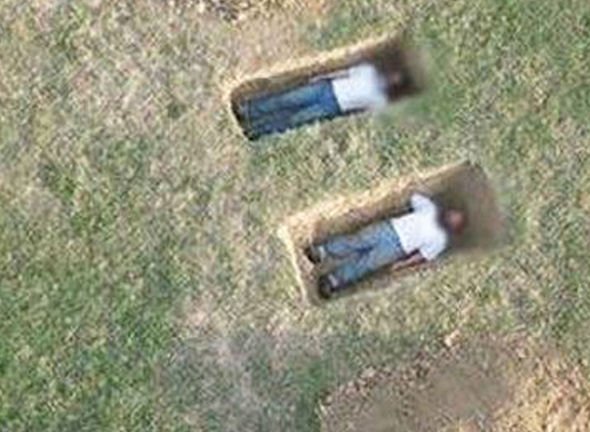 They previously had a show running at Western Exhibitions art gallery in Chicago, USA.

“They then lay in the grave and dig sideways so that they can hold hands eternally, metaphorically speaking.

“This iteration of the piece was completed in Portland, Oregon as part of the Time Based Arts Festival put on by the Portland Institute of Contemporary Art.

“The festival provided a crane so that this piece could be photographed straight-on, from a distance.”

Miller, in an interview a few years ago stated that “mortality is a theme that runs through a lot of the work”

He said: “I think as we have gotten older it comes through more prevalently just because we are dealing more with mortality in a way.

“We’re not that old, but we’re not twenty. You don’t think about that so much when you’re twenty. Well, I don’t think I did.”

Flying with emotional support animals: The ups and downs of life in coach