Boutique hospitality brand Generator, which specializes in offering a hybrid mix of shared hostel and traditional hotel rooms, has carved out a solid foothold across European and U.S. markets like Amsterdam, Barcelona, Berlin, London, Paris and Miami Beach. In 2019, the company acquired the Freehand brand, adding its New York, Los Angeles, Chicago and Miami hotels to the Generator portfolio. This month, Generator also announced that it would be taking over management of New York’s 605-room Paramount Hotel in Times Square, growing its stable to 16 properties globally. Hotels editor Christina Jelski recently spoke with Generator CEO Alastair Thomann to get an update on the group’s expansion plans. 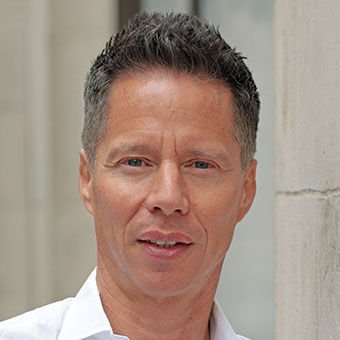 Q: How does Generator’s business model differ from that of most hostel brands?

A: We are sort of what in Europe and Asia you would call a traditional, luxury hostel brand, with a core demographic of Gen Zers and millennials ages 18 to 25. But what we do a little bit differently is we have all the various types of accommodation: We have suites, we have apartments, we have shared accommodations. You can buy by the bed or by the whole private room, and we can have everything from a four-bed dorm to an 18-bed dorm.

It’s a really, really great segment to be in. If you’re in a compression market, the main idea is that you’re achieving the same kind of rates that a four-star hotel would achieve because you’re adding more people to a bedroom, but you’re operating with one- to two-star operating costs. And that gives you exceptional profit margins. Also, when you look at our guest demographic, it’s all about food and beverage, and mainly beverage. It’s shot, beer and cocktails, which is high margin, and that creates this concept where we really optimize the returns on a piece of real estate.

Q: Can you talk a bit about the contrast between the Generator and Freehand brands as well as how they complement one another?

In the U.S., we’re being quite careful [about shared accommodations]. We’re starting with a lower percentage in U.S. markets because, you know, the U.S. is more skeptical of hostels. The moment you have the word “hostel” anywhere on your website, many U.S. corporations usually aren’t even allowed to book you. Acquiring Freehand gave us more procurement power, more distribution power, because we’re dealing with a lot more guests, and Freehand is actually very strong in the corporate segment, so we’ve seen some nice upside in corporate business for Generator as a result of that.

Q: Can you provide some further color on the Paramount Hotel project, which will join the company’s Freehand New York in the Manhattan market?

A: We’re going to be careful, because we don’t want to ruin the Paramount or its iconic lobby. We’re largely going to leave the lobby, adding a few touches here and there, but we are going to invest in the rooms and give them a bit more excitement.

We’re also going to be partnering with some of our existing F&B partners, who are going to take over some spaces in the hotel. We’ll have the shared accommodation component, which will only start at 20% of total rooms, and we’ll see how that goes. I predict we’ll probably end up at around 40% to 50% shared accommodations. So, the Paramount’s refurbishment will be going on for the next four or five months, and then come the new year, we’ll be out with a fresh product offering. And then, yes, in New York we’ll have both a Freehand and a Generator.

At some point, in Miami, we also plan to have a Freehand and a Generator within a few blocks of each other. These are brands that can coexist.

Virtuoso conference to have virtual and in-person components

Snag These Hotel Loyalty Perks, Even if You’re Disloyal