France is considering suspending flights and trains travelling from Britain following the detection of a new strain of coronavirus, BFM Television has reported today. An official decision is said to be expected later today, BFM said, without citing sources.

Officials at the transport ministry were not immediately available for comment.

Yesterday, UK Prime Minister Boris Johnson and scientists announced a new strain of coronavirus which had been identified in the country was up to 70 percent more infectious than the original version.

From today, the Netherlands has said it will ban flights carrying passengers from the UK.

The Dutch government has said the measure would be from 6am (CET) today to January 1, 2021.

Belgian Prime Minister Alexander De Croo said he was issuing the order for 24 hours starting at midnight “out of precaution”.

Italy has also announced a ban on flights to and from the UK. 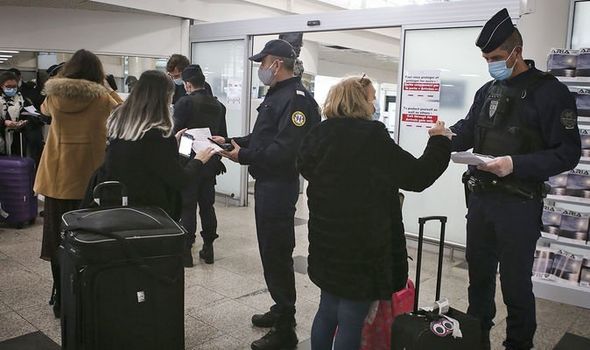 Making the announcement on Facebook, he said: “As a government we have the duty of protecting Italians, so for this reason, after having notified the British gov, with the Ministry of Health, we’re about to sign the provision to suspend flights with GB.”