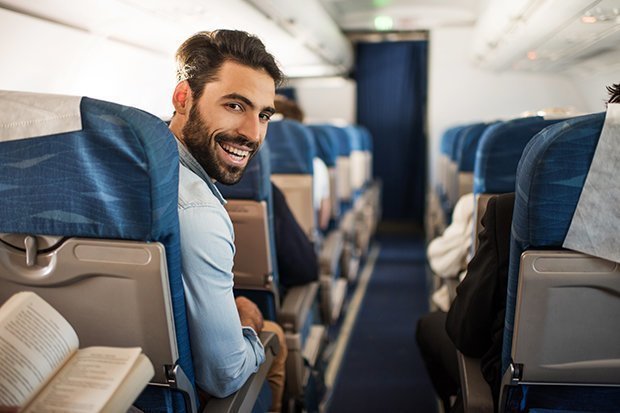 Ever wondered what the best time of day to fly is?

Apparently, there are plenty of benefits to jetting off early in the morning.

A flight attendant revealed why these flights are preferable to those that are later on in the day.

Stella Connolly, behind the blog Fly With Stella, revealed why it’s best to travel before dawn breaks.

As these flights are the first of the day, they’re less likely to experience delays.

“As the day goes by, if one flight is late it’s a snowball effect and there’s a higher chance flights will be delayed.

This isn’t the only benefit to jetting off early in the morning.

Many holidaymakers are reluctant to wake up in the middle of the night, meaning the flights tend to be less busy.

As cabin crew are less stretched, they’re much more likely to have the time to treat customers.

And that’s not all.

This could lead to early bird travellers getting upgraded on their journeys.

And in a recent blog post, an air hostess spoke candidly about her love life.

Christmas came early: My 3 nights in the ‘Elf’ hotel suite

10 of the best travel books