Home » Travel » Dog owners speak out as airlines ban emotional support animals: 'I will not be putting the animal who has saved my life in cargo' 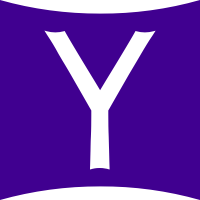 Nearly a year after the U.S. Department of Transportation (DOT) first proposed a policy that would give airlines the option of banning emotional support animals from flights — as opposed to trained service dogs, which are protected by the Americans with Disabilities Act (ADA) — the new animal restrictions are going into effect as of Monday.

“I do have extreme anxiety that spikes in different situations, including social,” Rendon, whose petition has received more than 400 signatures so far, tells Yahoo Life. “My anxiety has been severe for so long that I also have chronic stomach issues. When we’re in public, [Charlie] knows I need him to be in tune with me. When he senses any type of anxiety or stress from me, that is his cue. He immediately starts rubbing his head against my legs relentlessly until I pet him, which then releases all my ‘feel-good” hormones.’”

Last month, the DOT passed a revision to the Air Carrier Access Act which rules that emotional support animals will now be considered pets rather than service animals, and may fly only in the cargo hold or in a kennel stowed underneath a cabin seat, for an extra fee determined by the airline. The revision also defines service animals, which are allowed to fly for free, untethered, in the cabin, as a “dog, regardless of breed or type, that is individually trained to do work or perform tasks for the benefit of a qualified individual with a disability, including a physical, sensory, psychiatric, intellectual or other mental disability.” Eligible passengers are also now limited to boarding with just two service animals and must file paperwork confirming their status and training.

This comes after concerns that passengers were “fraudulently representing their pets” (including snakes, squirrels and peacocks), aided by a cottage industry of services offering doctor’s notes and emotional support animal certificates, as the DOT noted in its revision. The DOT also cited an increase in “misbehavior” and “disruptions” caused by untrained animals, as well as complaints from passengers with disabilities, many of whom travel with their own service dogs.

Rendon says that she will not be traveling under the current ban, as Charlie is too large to fit in a kennel underneath her seat and would have to go in the cargo hold. “I will not be putting the animal who has saved my life in cargo — he must be at my side at all times,” she says.

Rendon says she understands frustrations within the disability community about having untrained or disruptive animals on-board, as well as attempts by some passengers to fly with, for instance, an “emotional support horse.” But she feels that reforms are the answer, rather than blanket bans.

“Rules and regulations for emotional support animals must change to be more strict,” she says. “Emotional support animals should be required to have basic obedience training and must have certifications. Mental health is a very serious issue and with these bans, many have felt discriminated against, especially the ones who are not taking advantage and have well-behaved dogs. Even when I go to places with Charlie (where we are currently allowed), it makes it hard for him to focus if other dogs are not being handled by their owners. I can’t imagine how much more of a stress and inconvenience that would be for someone who is disabled.”

Joy G., who lives in the Bay Area of California and requested to not disclose her last name, tells Yahoo Life that she too gets anxiety at “the thought of having to leave my little guy behind.” That “little guy” is Max, the 7-pound Yorkshire terrier she credits with helping her pull through bouts of depression in the five years she’s had him. Under the new restrictions, she would no longer be able to travel with him as an emotional support animal. Having him in the cargo hold makes her uncomfortable, though she hasn’t ruled out the in-cabin kennel option.

“Although we don’t do much traveling these days due to COVID, it is still alarming that when the time comes to travel that I will have to leave my best friend behind,” she says, adding, “I know some people may think it’s just downright strange to have such a bond with an animal, but when humans let you down animals never give up on you.”

She adds, “I understand that everything changes and that nothing is permanent, but this is one of those things that I wish they really could have left alone.”

Jazmine Valencia, who runs a music marketing agency in Los Angeles, is also disappointed by the new policies, which will prevent her from traveling with her French bulldog, Sir Daxton, as an emotional support animal. Valencia, who regularly travels for business, tells Yahoo Life she got the dog last year after feeling overwhelmed and anxious as a result of the coronavirus pandemic. After getting approval from a doctor, she had him certified as an emotional support animal, rather than a carry-on pet who would have to stay in a carrier under her seat, after finding the latter experience to be “really horrible.”

“The flight attendants weren’t very accommodating, and they were just very rude about it, even though he’s very small,” she says of traveling with Sir Daxton as a standard pet.

With her usual airline, Delta, joining others in cracking down on emotional support animals, she is now looking to have Sir Daxton trained and certified as a service dog.

But she says a lack of regulations regarding animals aboard flights “to protect all concerned” has allowed the situation to get out of control, pointing to instances of animals dying or being injured in transit. By taking action against emotional support animals rather than reforming airline standards and safety protocols, “deserving people have been denied access to an important source of love, empowerment and emotional well-being,” Cochran says.

Service dog trainer and behaviorist Russell Hartstein, meanwhile, tells Yahoo Life he has mixed feelings about the new restrictions, which he expects to “improve the experience” for airline employees and other passengers (including those with disabilities and service dogs) while at the same time depriving those who depend on having their animals close when they fly.

“Yes, many people were (and are) abusing the rules by taking their untrained pets on flights and calling them emotional support dogs and service dogs,” he says. “So I understand that the majority of emotional support animals are untrained and have poor behavior and that’s why airlines and passengers have had enough.

“On the other hand, many people need their legitimately trained emotional support animals to fly with them and for them, it’s not fair,” he adds. “Many people who previously classified their dogs as emotional support dogs do not qualify for service dogs because under the ADA they may not have a disability.”

The issue, he explains, is that there is a distinction between having an emotional impairment and having a psychiatric disability that falls under the legal protections of the ADA, and between emotional support dogs and psychiatric service dogs.

“An emotional support dog, while extremely valuable to many people and enhancing the quality of life for many, are not considered service dogs,” he explains. “There is a difference between an emotional support dog that makes a person feel better, more secure, comfortable, confident, socially engaging, etcetera, versus a psychiatric service dog that performs specific tasks to mitigate a disability. Without the psychiatric service dog, a person with a disability would not be able to function and perform minimum life activities.”

That hasn’t stopped some dog owners from trying to find a workaround as the new restrictions take effect.

“While the new laws are unfortunate for people who need emotional support, I get dozens of calls daily from people now scrambling trying to get their dogs ‘certified’ as a service dog,” he says, adding that some owners are also “now trying to claim they are disabled to get a psychiatric service dog,” even if they don’t qualify.

“People call me as if I can change the law,” he says. “I can’t. The law is the law. If they classify for a psychiatric service dog I work with them to train their service dog. If they do not qualify for a psychiatric service dog or any other type of service dog, they are unfortunately not able to fly with their pets any longer regardless of the emotional need. There are no amount of certifications or doctors’ letters that can bypass the law unless the person is disabled.”

Want lifestyle and wellness news delivered to your inbox? Sign up here for Yahoo Life’s newsletter.

Camilla, Duchess of Cornwall & husband Prince Charles clash over this form of travel