It’s a set of photographs that’s likely to give you goosebumps.

These intriguing – yet decidedly creepy – pictures were taken inside a crumbling abandoned doctor’s surgery in Northern Virginia by urban explorer Bryan Sansivero.

As you peer at them through your fingers, you’ll spy taxidermy wolf rugs, bottles containing mystery liquids and medical books and equipment dating back to the 1800s. 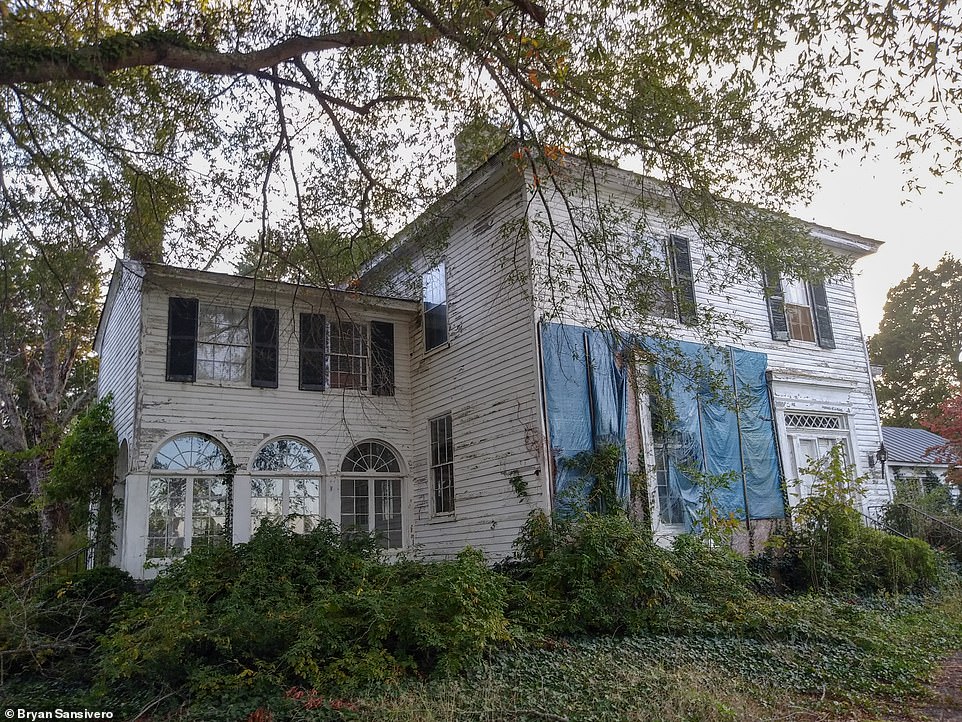 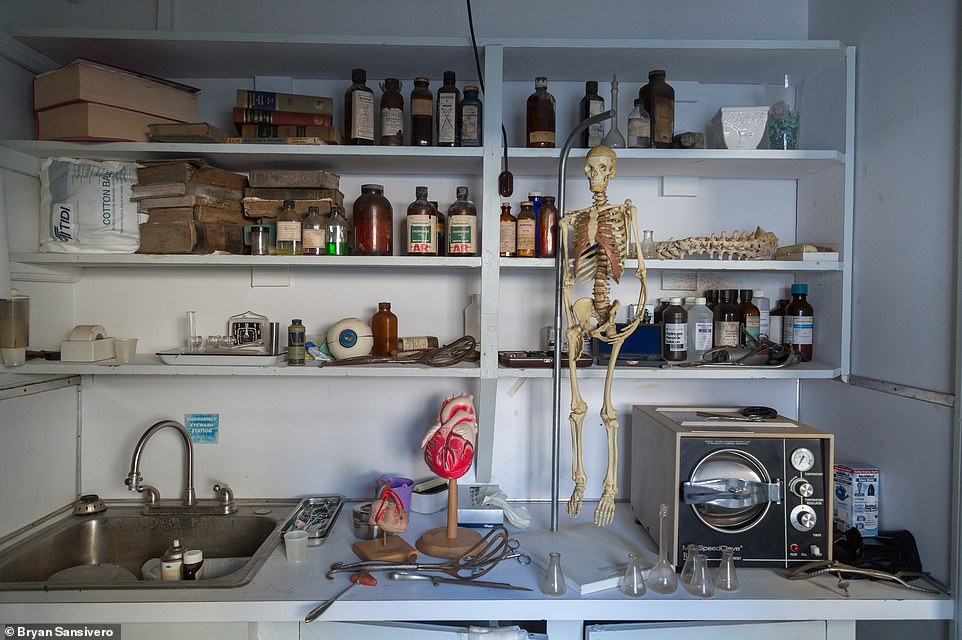 Next to a sink, there’s a heart model, some medical tools and a skeleton model. And on the shelf there’s a real human vertebrae 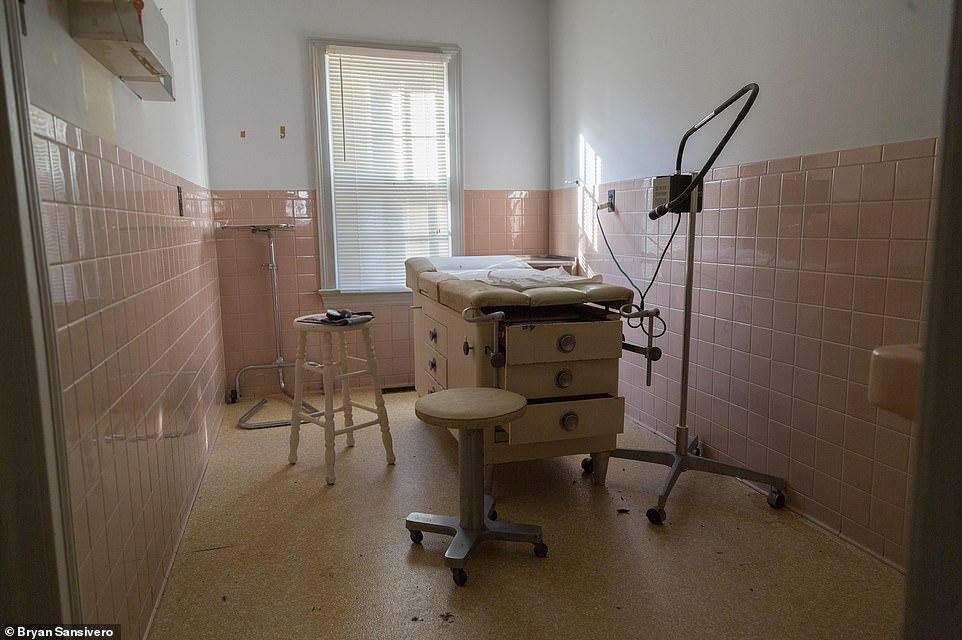 Inside a pink-tiled examination room. Bryan found these areas of the property particularly creepy

Plus a great deal of peeling paint and that time-honoured staple of horror films – a rocking chair.

The surgery was a separate extension to a residential mansion, explained Bryan, who’s from Long Island, New York.

The rooms in this part are still full of belongings – clothes, shoes and family photographs – but they’re a terrible mess.

Those with wild imaginations might surmise that poltergeists have ransacked them.

But Bryan told MailOnline Travel that they were ‘most likely looted or rearranged by people who stumbled upon the house previously’. 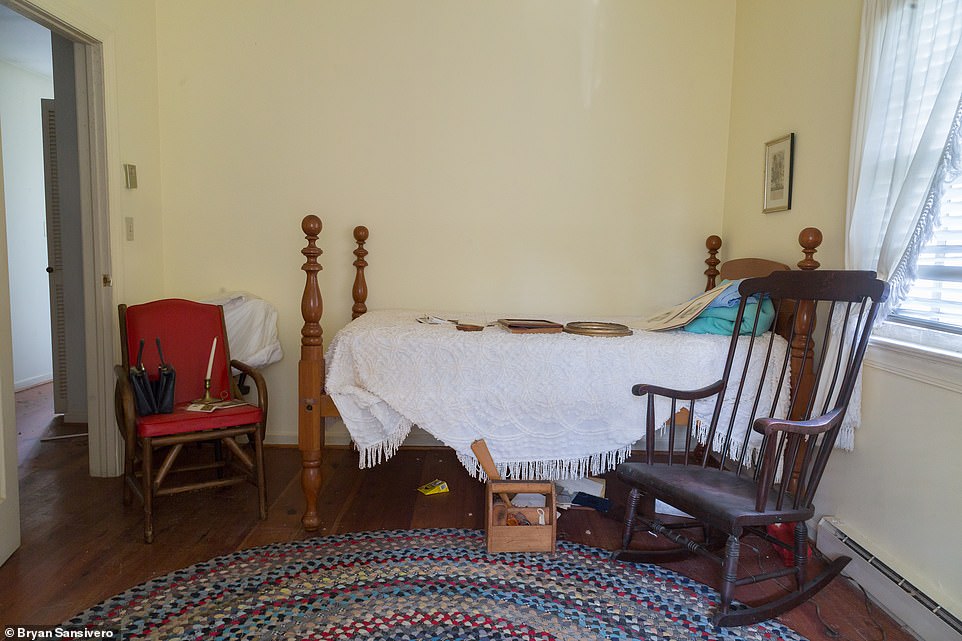 Eerie go: Every self-respecting house of horrors has a rocking chair 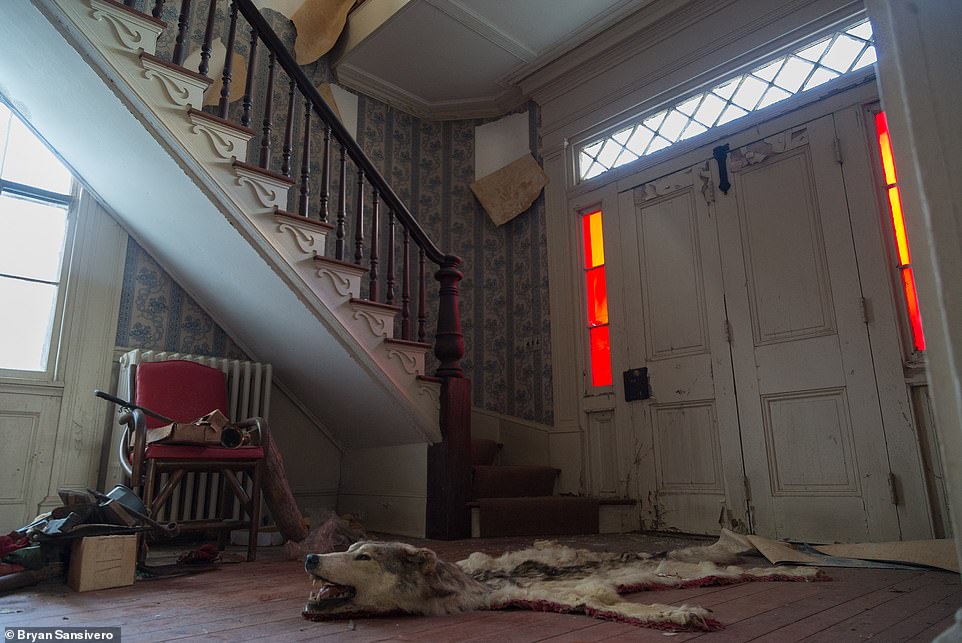 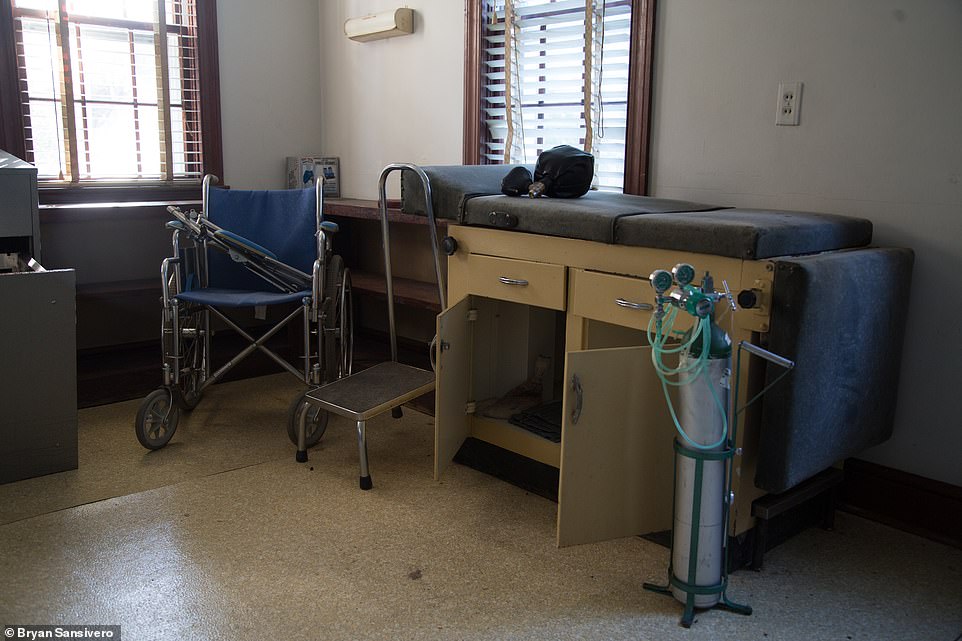 Another frozen-in-time examination room, complete with wheelchair and gas tank 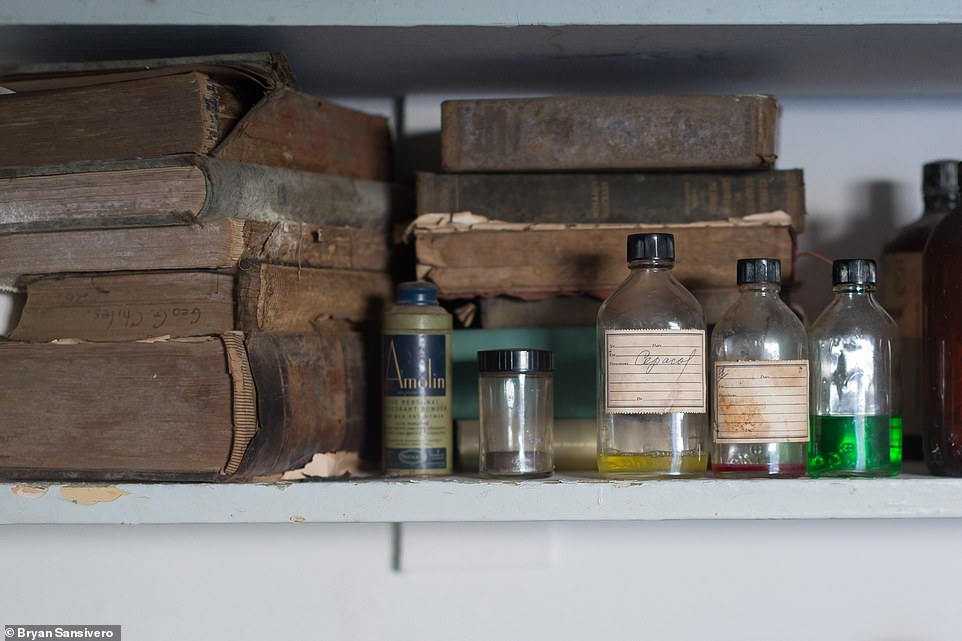 Not for drinking: Empty bottles of mysterious liquids stand amid old, dusty books 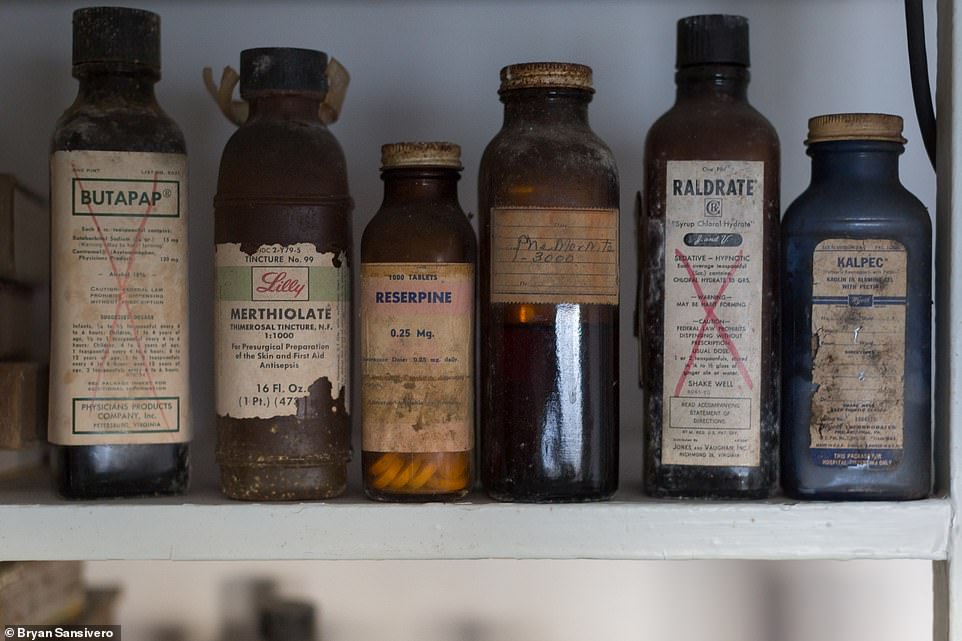 Old, brown medicine bottles – two of which have a red cross drawn across the label. One of them is Merthiolate, which used to be used as a germ killer and preservative 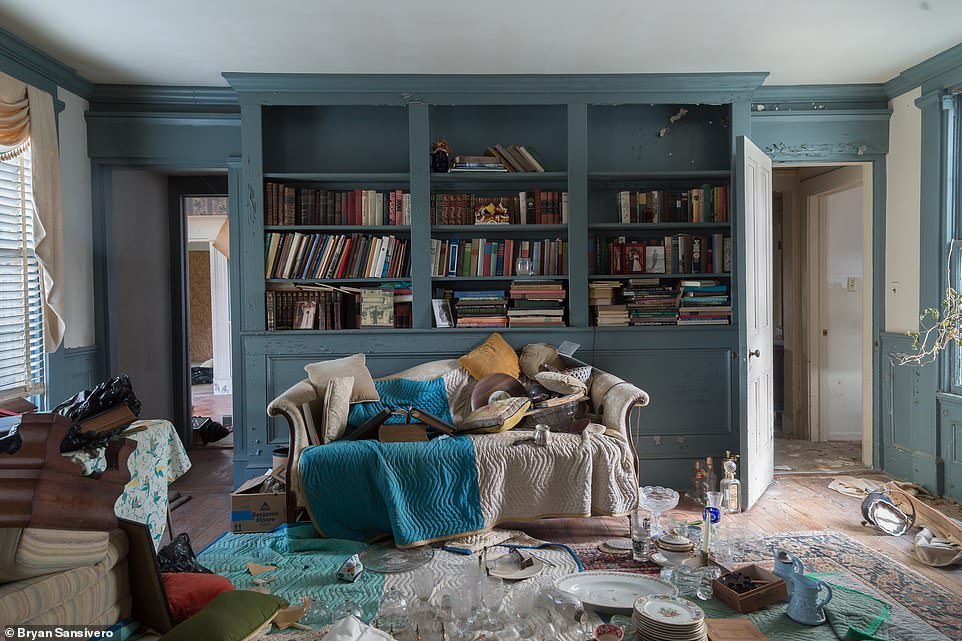 The surgery was a separate extension to a residential mansion, explained Bryan 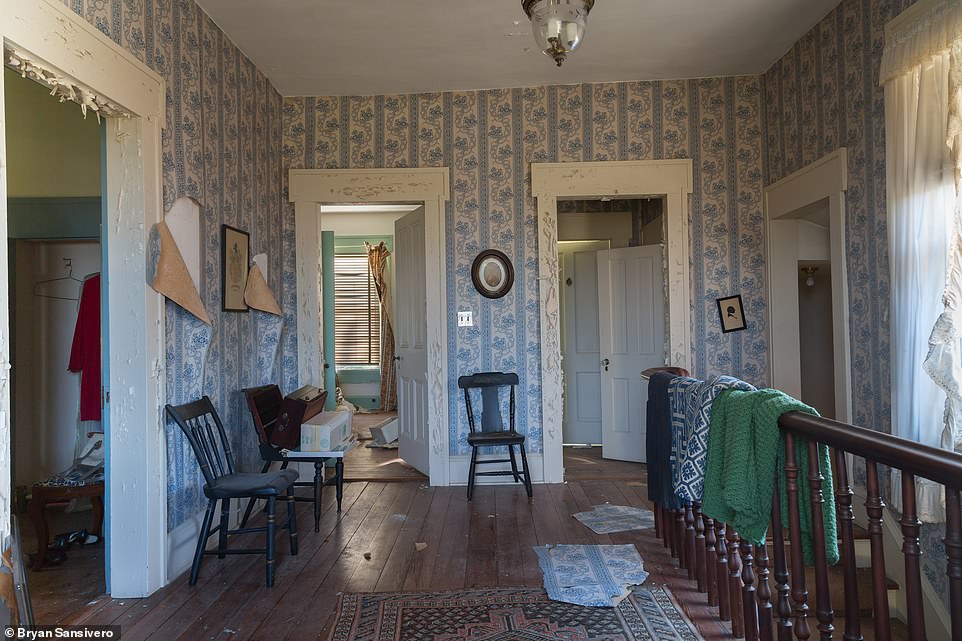 A hallway in a state of disrepair, with peeling blue wallpaper and crumbling door frames

Either way, there’s something distinctly horror-movie-set about them.

Bryan said the atmosphere inside the surgery was ‘very eerie’, especially the family photographs and empty examination rooms.

He was also unnerved by the real human vertebrae he spotted on a shelf behind a model of a human skeleton. 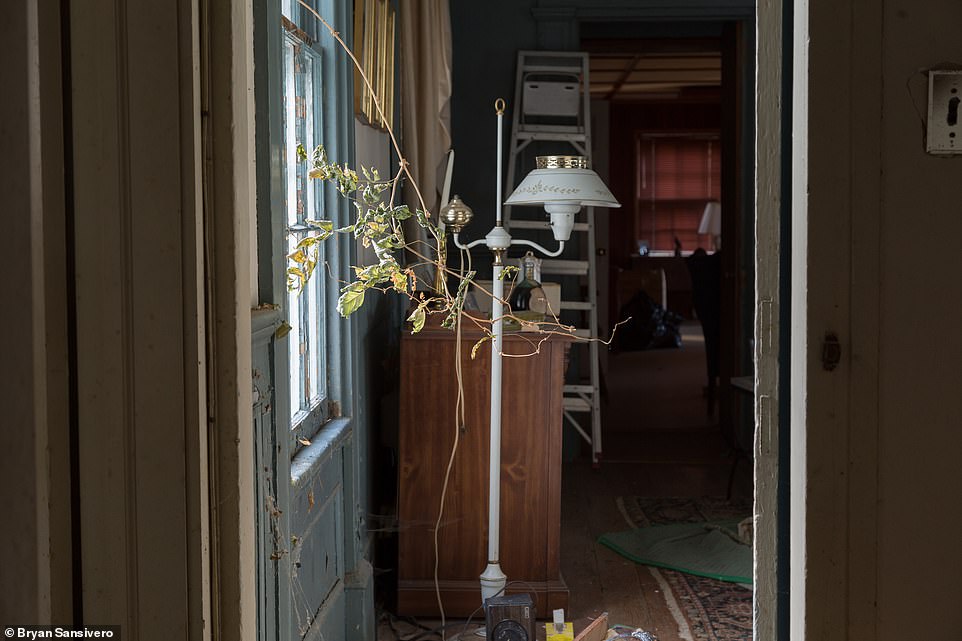 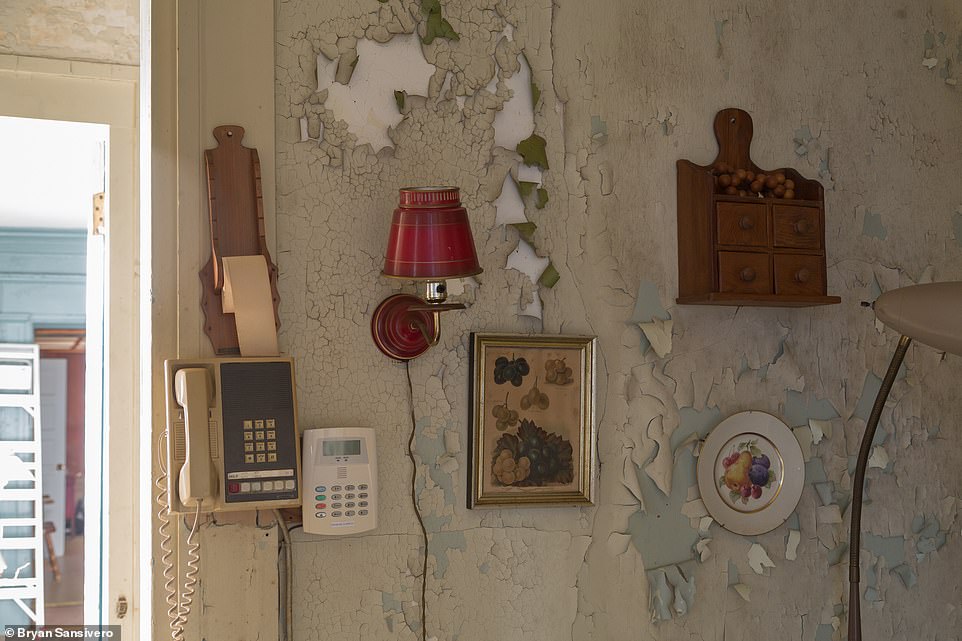 The building contains a smattering of modern technology, which is inevitably surrounded by signs of deterioration 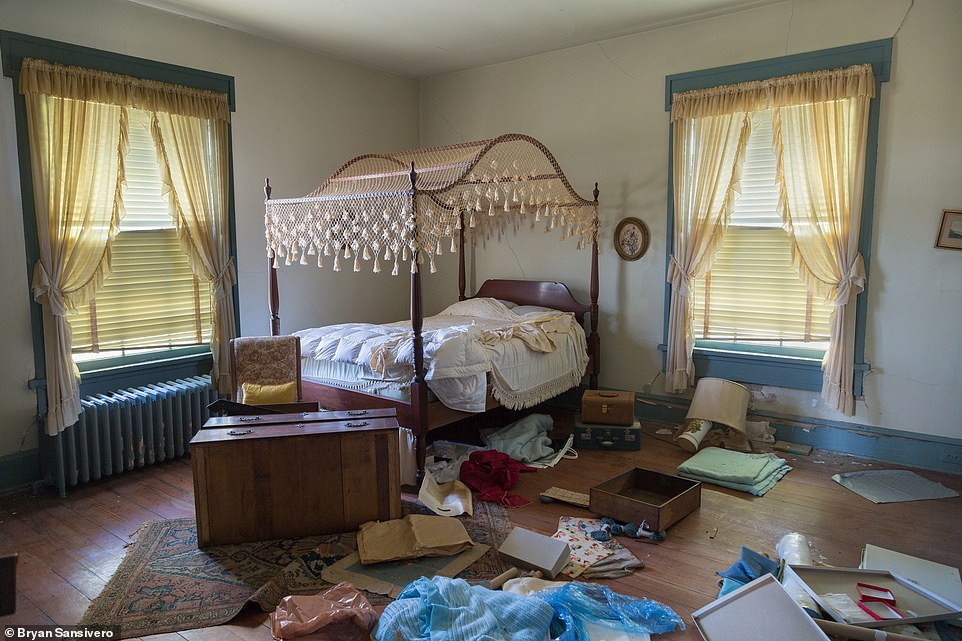 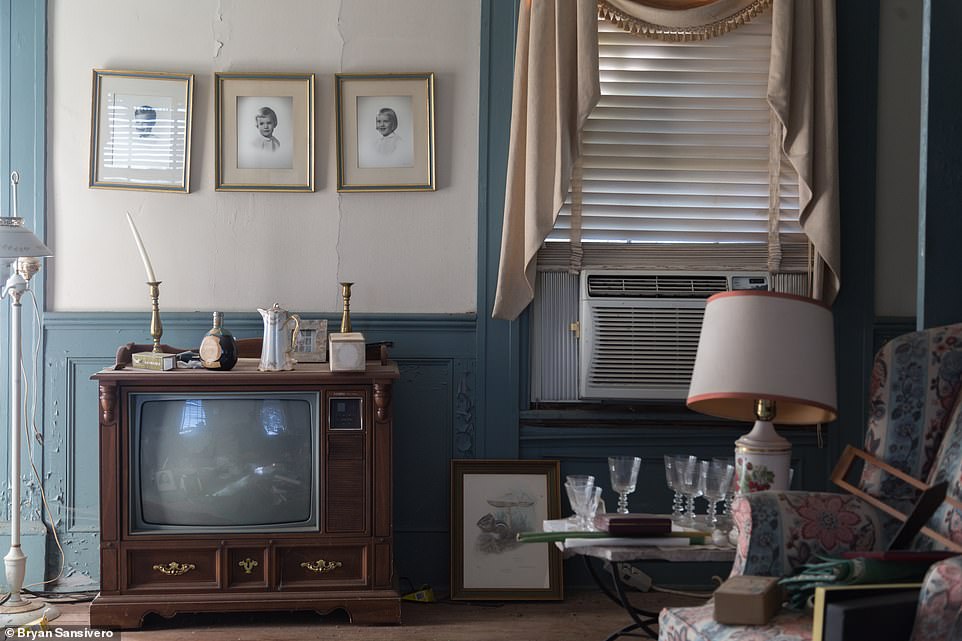 An old television, children’s photographs, a wonky lamp. They sound innocuous written down, but add to the chilling vibe in the abandoned building 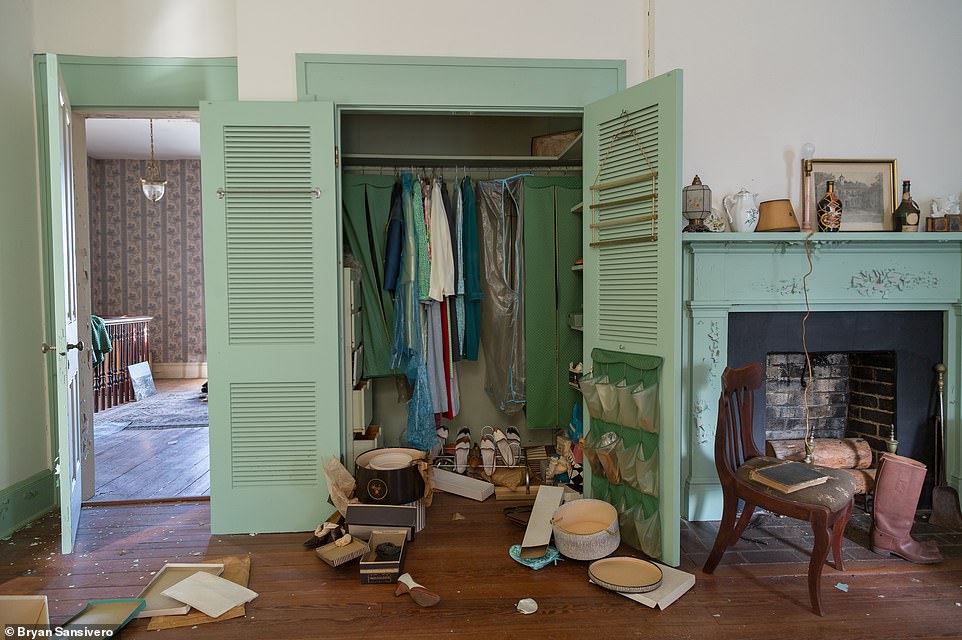 Ransacked by a poltergeist? Maybe, but probably another room disturbed by looters or previous explorers 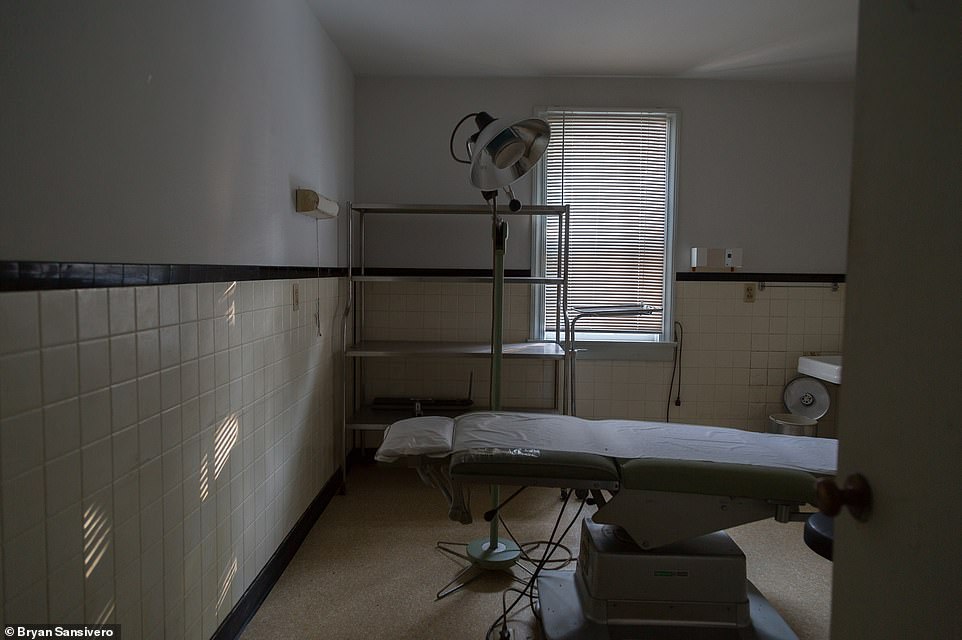 Another examination room – though in the hands of a horror film direction, an experiment chamber 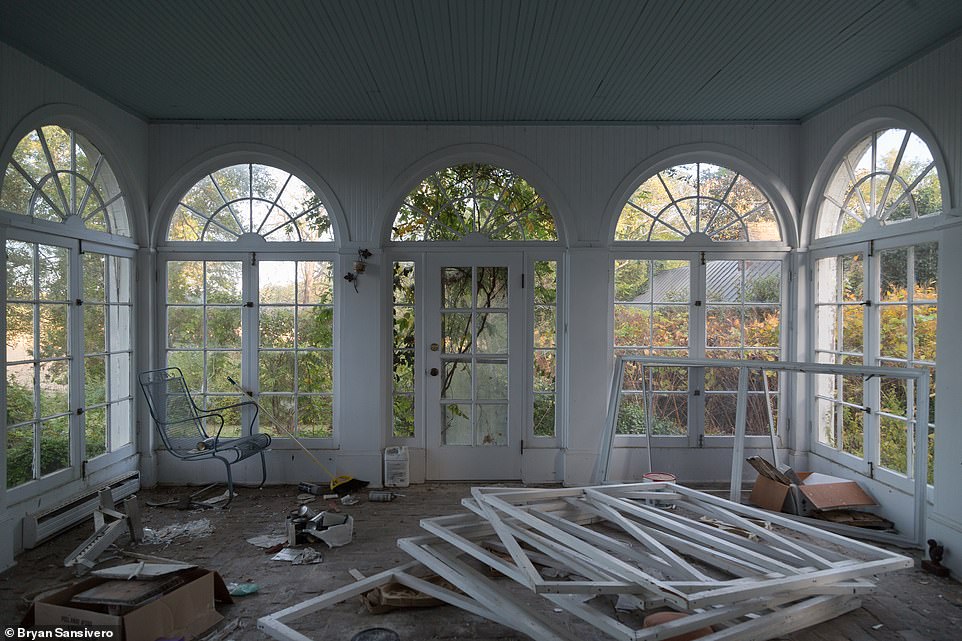 The building can definitely be classed as a fixer-upper

Bryan said: ‘I think photographing the unknown is really interesting. It’s fascinating to me.

‘I believe my photographs can be interpreted in many different ways.

‘When my photography makes the viewer uncomfortable, confused or just think, then I think I achieved my goal.’ 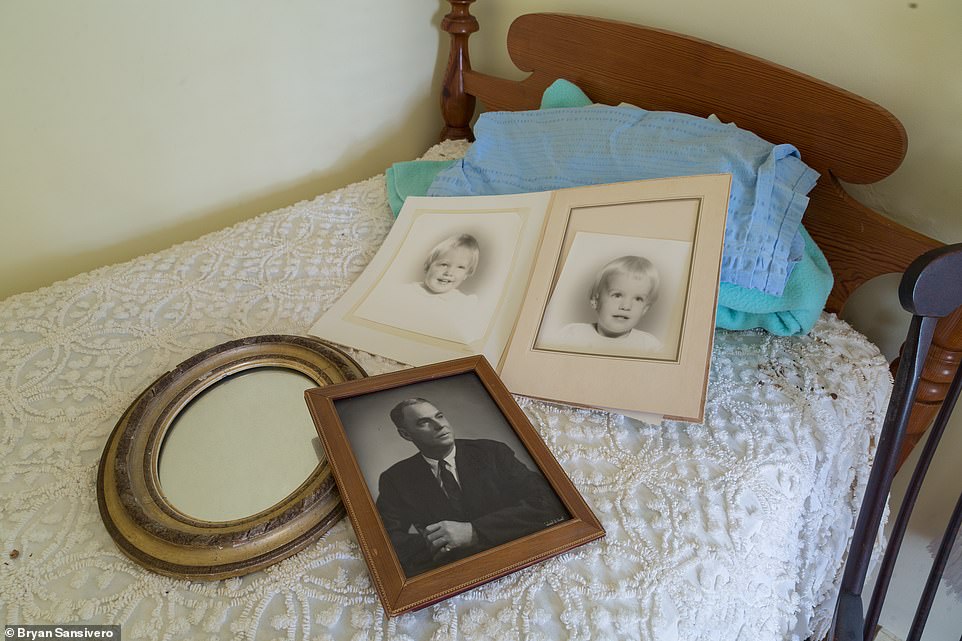 Two children’s photographs in paper frames, a mirror and an old photograph in a wooden frame sit on a single bed 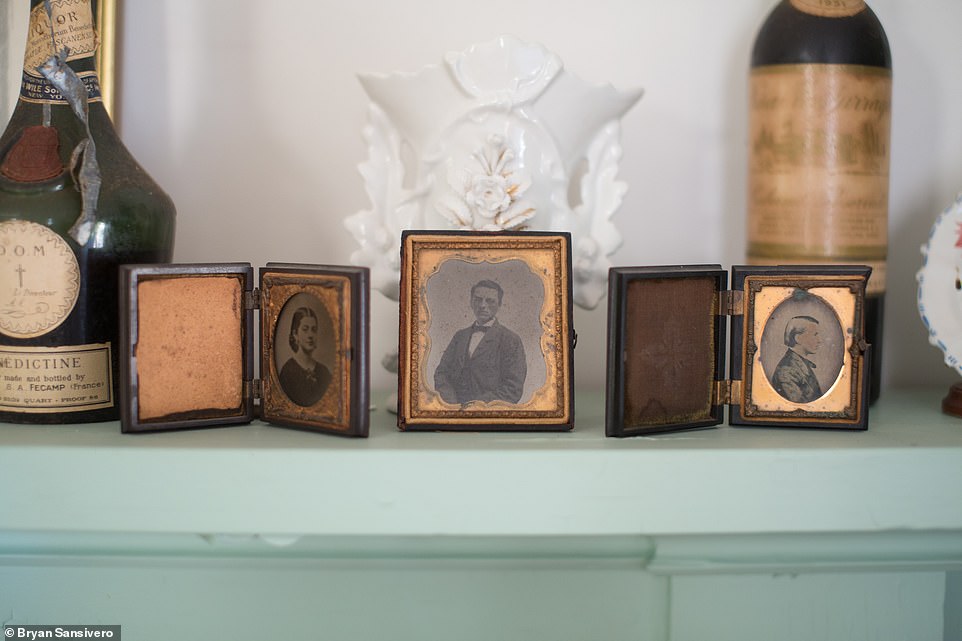 Bryan said: ‘I think photographing the unknown is really interesting. It’s fascinating to me’ 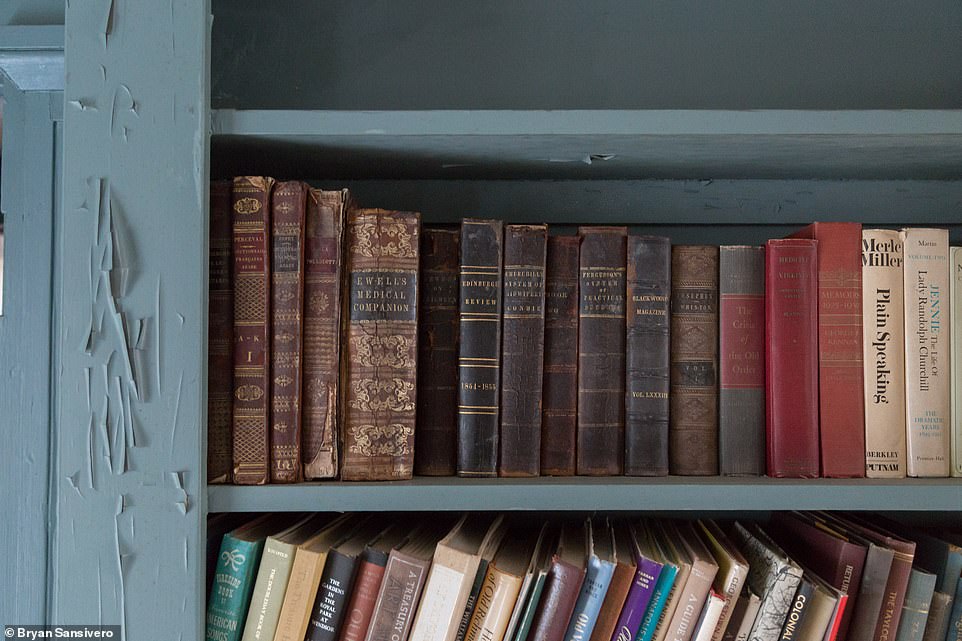 ‘When my photography makes the viewer uncomfortable, confused or just think, then I think I achieved my goal,’ said Bryan

Airbnb Releases Ranking of Countries and U.S. States With the Cleanest Listings

Where to Eat, Drink, and Shop in Auckland, New Zealand