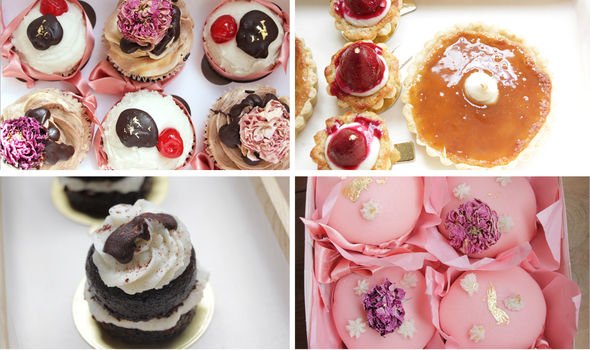 Moving from Paris to London for university, Fifi Fourcroy wasn’t planning on moving to the English countryside and opening a floating bakery. With her partner, they decided to buy a narrowboat, as they had “always been interested in making our own things and having a project”. It was also the most affordable way to “build a home”.

The first time Fifi saw anything of the country outside of London was when they went to pick up the boat in the Peak District, and the plan was to take it back to London.

She said: “From the Peak District, we travelled around, we started a nomadic life, and whenever we got a new job, we’d take the train. It changed everything not to have to be in one specific place.

“Instead of thinking ’I’m going to get a flight to Spain for the holidays’, I realised how beautiful the country was and how London was only a small part of what there is to do and see.”

The young family embraced the nomadic life and adhere to their boat license, which requires they do at least 20 miles a year, by moving every two weeks.

While they travelled around the country at first, they fell in love with the Cotswolds and aren’t planning on moving anytime soon.

When asked why they picked the Cotswolds, it took Fifi less than a minute to exclaim: “Oh, the Cotswolds… it’s beautiful isn’t it? It’s true!”

And she has become quite an advocate for the region, saying: “Between Bradford and Bath, no between Pewsey and… well the entire canal actually, after Newbury it’s truly mind blowing. The scenery is incredible. But people are great too. I don’t think I’ve met people as welcoming anywhere else in the country.

“I really don’t want to go anywhere else, at least not for now. It wasn’t planned, we used to move everywhere, and we thought we’d always be moving all over. But since we’ve been in the Cotswolds, we haven’t wanted to move.”

Fifi started baking and selling cakes in 2020: “I started sending cakes through the post to see whether this could be a business.

“I had carton boxes everywhere, we were packing cakes for all over the country on the boat, and I was posting them from wherever we were at the time. It could take me two hours to walk to the closest post office. I’d go through fields with my little cake boxes, I’ve been chased across fields by cows on multiple occasions.

“This wasn’t really sustainable as a business, but since we were moving so much this was what worked best, at least in my head.”

Once on the Kennet and Avon canal, however, Fifi opened up her boat and “started selling cakes directly” to her customers.

Since February 2021, the Floating Baker, while moving every two weeks, has amassed quite a loyal following.

She continued: “I was a bit scared about repeat customers, but I’ve been pleasantly surprised, people follow me, send me messages when they want to know where I am or when I’m coming back. People follow my journey on Instagram, where I keep everyone updated.

“When I’m in the middle of nowhere actually works better than when I’m in town. Since there’s nothing around, the only option is me.”

The boat is opened at the weekend and Fifi also takes orders, as well as supplying a local café and doing the markets.

Her passion for baking came from her mum, and the baker said it was quite an emotional story that she felt she shared with her cakes.

“My mum is bipolar and baking was the way we connected when I was little. This was what was important and the things we did together. So baking has always been my “safe space”, for as long as I can remember.

“And now when I sell cakes to people, it’s as if I gave them a tiny bit of this story, and I’m always so happy to see people who like eating well. It’s nice to make something good and to share it with people, and it’s quite simple really.”

The Floating Baker’s cakes are vegan, and while sustainability is part of the reason for this, it’s also the reality of baking from a narrowboat.

Fifi explained: “Really, the boat wouldn’t have enough space to store milk and eggs for a cake business. My fridge isn’t that big. I’m quite limited with space, and we’ve redone the entire kitchen ourselves so that everything has its place. And there’s no space for eggs or milk.”

Fifi’s vegan cakes are now part of the Cotswolds, even getting a mention on Channel 5’s The Cotswolds with Pam Ayres.

For Fifi, the Cotswolds, and the South of England, is where she wants to be.

She concluded: “If I wasn’t in the Cotswolds, I don’t know. I’m looking at the map. Maybe we’d go live on the Thames. But we’d stay in the South of England. We never know, but I don’t plan on leaving, I’m good here.”
Source: Read Full Article

How to explore the world from the comfort of your home