An unnamed flight attendant opened up in a Reddit thread about her travels and the gifts she’s received from passengers, which have ranged from small to sentimental.

“It’s generally people that are flying discounted rates for employees, but it’s not at all uncommon to receive gifts from paying passengers.”

Some of the gifts she and her coworkers have received over the years include Amazon gift cards, boxes of chocolate, a blank journal and books.

On a more personal note, she mentioned that she also received pictures that the passengers had drawn and personalised thank you notes for the crew.

“The gifts are a nice touch but it’s definitely not a necessity,’ she added.

A frequent flyer also explained why he always presents gifts to the cabin crew as a token of appreciation. He said: “I’ve flown a few long haul flights recently and each time I’ve brought some sort of sweets that I picked up (holiday m&m’s, haribo gummies, swiss chocolate to name a few) that I thought would be enough to pass around the crew. 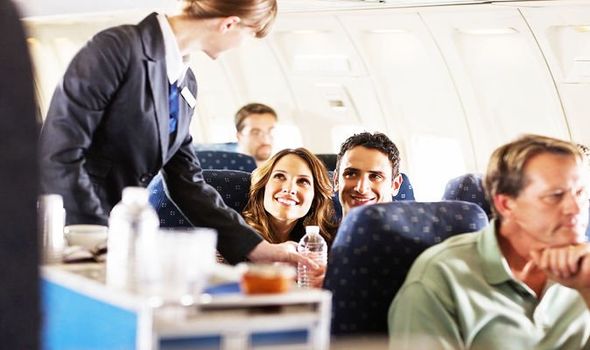 “They always seem to appreciate it, and I’m not sure if it’s out of politeness or out of genuine thanks.

“The two most memorable reactions I’ve got was when a younger flight attendant straight up jumped with joy with stars in her eyes when I gave the sweets to them, and the other was when I was half awake and an older flight attendant quietly thanked me beyond the normal ‘thank you!’ and initiated some conversation with me.”

While some agreed that gift-giving to the cabin crew is harmful, one user felt that the gesture is “awkward”.

“I think doing that might make things awkward. They don’t expect anything from a random passenger other than appreciating their work by saying thank you or a simple smile.

Gifting them might make them feel obliged to give special attention to you which will put unwanted stress on them,” she said.

“However if you are someone that they might recognise – whether you are famous or a frequent traveler they might remember, it’s a different story. That could cheer them up.”

Despite the debate around whether to give gifts to the cabin crew or not, the act might be more common than you think.

Kristi Horrocks, a U.S. flight attendant, told CN Traveller that gifts are common on her domestic carrier – but this varies from airline to airline. 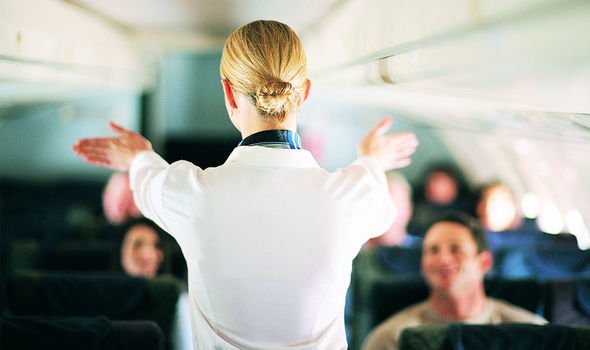 In a Trip Advisor discussion board, one user discussed flight attendant’s acceptance policy when accepting gifts from passengers.

She said: “I’ve received small ‘token’ gifts before- usually candy. But my carrier — like all US carriers and many Euro/Asian carriers I know as well – have rules about the acceptance policy.

“As a routine matter, we are encouraged to thank the passengers for their thought/gesture, but to politely decline the offer.

“But we are allowed to keep it IF the crew member has reasonable expectations that the passenger will be offended.”

She added that any gifts received can’t be cash tips and must not be one that is explicitly banned, but whatever is accepted must be reported and documented on the flight paperwork; unless it is of “nominal value usually defined as a retail value of US$5.00 or less”.

While flight attendants are sure to see most gifts as a token of appreciation, there’s one particular thing that’d they’d love to get from passengers.

In an online forum dedicated to “secrets passengers don’t know” an unknown flight attendant revealed that crew all enjoy a magazine from a passenger during a long flight.

They wrote: “If you give us flight attendants your magazines, we will love you!”

“Unless some airline has a policy that I’ve never heard of, they will gratefully accept them,” the crew member continued.

“If you’re finished with one, try to give it during the flight right after the service is finished (this is when we take our breaks during the day and will also allow you to be fully appreciated as the Magazine Giver the rest of the flight).

“You can say ‘Sir’ or ‘Miss’ as they walk by, or if the lavatory is next to the galley you can approach them there if the seatbelt sign is off. But if you prefer to wait until after while you’re deplaning, this is fine too.”

On your next flight, you might think twice before tossing that magazine to the side.

How expensive will air travel be after the Covid-19 crisis?