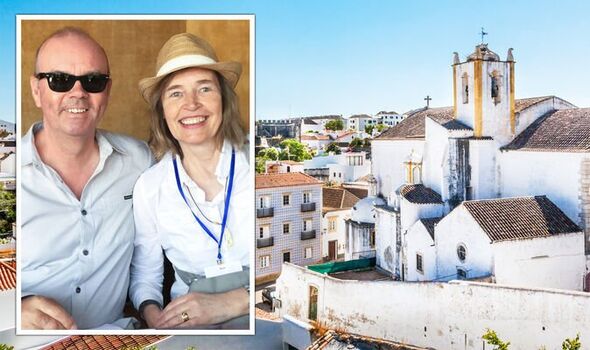 Retired Britons Norm and Tina spend their retirement travelling, spending time in Portugal, Canada and the US. The expats detail their travels and how they afford them in retirement on their YouTube channel This Is Our Retirement, where they boasts almost 50k subscribers.

They recently told Express.co.uk “you don’t need a million to retire”, explaining how they afford to travel in retirement.

The couple spend half the year in Portugal. Explaining why, they told Express.co.uk: “We chose Portugal for a long winter stay because friends had stayed there and liked it and said it was a good alternative to the U.S. Florida had become expensive and busy.”

Portugal is a top destination for British expats. Britons are the second largest nationality in Portugal, only behind Brazilians.

According to Portuguese Border and Immigration Services there was a 34 percent increase in British expats between 2019 and 2020.

Currently 46,238 Britons live in Portugal, according to the Portuguese Chamber of Commerce.

The couple love the weather in the region, as it’s relatively mild but still warm.

They said: “Portugal isn’t as hot but had a spring like climate in The Algarve.

“The other thing we really love about The Algarve is the deep blue skies when the sun is out.”

The couple went on: “It’s the off season, January to May so prices for accommodations are lower and no crowds.

“Portuguese hotels in The Algarve also have apartment style rooms with kitchens and separate bedrooms.

They said: “The food in Portugal is amazing a lot is locally grown and offers a wide variety.

“Portuguese cuisine is unique and offers a wide choice.

“We also like the architecture and history of Portugal, there are lots of places to visit and the distances in Portugal are manageable as it is a smaller country.

However, the couple did address one downside.

They said: “The only downside for Britons in Portugal is post Brexit it’s more difficult to get a residency visa and the tourist visa is only 90 days now.”

The couple moved to Canada as expats many years ago when they were a young family.

The pair have described the country as the “best” country for Britsh expats.

A number of areas in Ontario are popular with British ex-pats. Over 15,000 Britons live in Hamilton, Ontario, more than 10,000 in London, Ontario, and 17,000 in Canada’s capital city Ottawa.

“The best place we have lived as ex-pats is Canada,” they said.

“It feels spacious. The roads are wide and straight, and outside of major cities the traffic is light.”

They said: “We enjoy the four seasons and the blue skies we often get.”

The best of both worlds ·