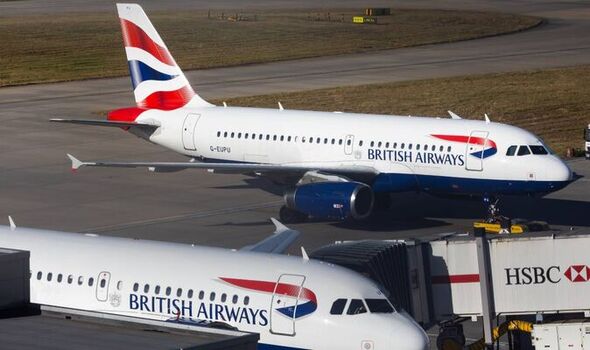 But yesterday the airline admitted to could rule out disruption to long-haul routes out of Heathrow either while the cap remained in place. Such a move is likely to push prices higher and mean travellers trying to book last-minute journeys to further-afield destinations such as New York, Singapore or Dubai may be unable to find seats.

Last night budget rival Ryanair chief executive Eddie Wilson claimed they were in a position to benefit because other airlines had been complacent about hiring enough staff for this summer.

He said: “The time to hire for this summer was last October. This isn’t like running a warehouse where you can just get people, they’ve got to be part of a training process.”

“Our view was, which was borne out, that when demand came back, it was going to come back in one go and not come back on the drip.”

“So I think we were just better prepared and we were optimistic.”

“But, I temper that with, it has been difficult even as we come back because we’ve got to go into airports that aren’t resourced.”

BA operate over half of all flights from Heathrow and restrictions are likely to have a damaging effect on the company’s profits.

Heathrow announced last month that a maximum of 100,000 people per day would be allowed to fly until September 11.

It followed a similar move by Gatwick to limit the number of flights that can operate following chaotic scenes at Britain’s busiest airports this summer, with large numbers of passengers subjected to hours-long queue times, missing or late baggage and last-minute cancellations.

Alex Macheras, an independent aviation analyst, said it was “realistic” to expect that BA would also now have to cut back sales of long-haul flights amid ongoing disruption.

He said: “With the current restrictions, caps and pressures that are being put on airlines, there is no way they could guarantee that not a single long-haul flight will be affected.”

“The stand-out example would be the route to New York, but also other flights to North America and South East Asia.”

Bali to Reopen to International Visitors in September

Instagram couple splashed themselves with holy water while in Bali

Travel video of the week: Vienna from an eagle eye’s view