Brazil has already banned flights from the UK due to the British strain of the virus. Now flights the other way are also set to be scrapped. It may also be the case a number of other South American countries will be banned for flying to the UK.

An announcement from the UK Government is expected later today.

The Prime Minister was pressed by Labour MP Yvette Cooper on the issue at a cross-party committee, the Guardian reports.

Earlier this morning Home Office minister Victoria Atkins earlier told Sky News why the Government had not been quicker to impose rules despise being away of the new mutant strain for over two days. 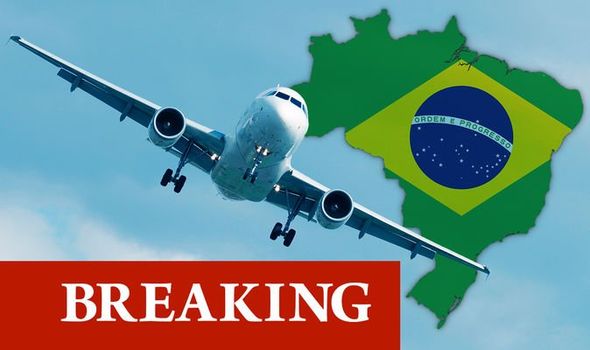 She said: “Of course, people flying into the UK, whether from South America or elsewhere are required to have a 10-day quarantine period when they land in the UK. That is mandatory.

“In terms of the decision on travel measures, it takes a little bit of time.

“What we need to ensure is that when we make these very, very important decisions that have a huge impact on people’s personal lives, but also businesses, we have got to have a little bit of time to let that bed in.”

The Brazillian strain coronavirus is the third mutant strain of the virus.

The first came from the UK, and the second from South Africa.

There are concerns the new South American strain could be yet more contagious.

The UK strain was detected in September and is thought to be 70 percent more transmissible.

The South African strain’s discovery was announced on December 18. The strain is thought to be more infectious than the original strain.

“You should not be denied boarding for failing to provide proof of a negative test result, and will not be fined on arrival into England.

“We still encourage you to get a test if possible.”

There is even more in Santiago ·