It was launched in 2009 and was operated using bespoke Airbus A318s that had 32 seats – all of which could be converted into 6ft fully flat beds.

Passengers were also treated to a personal iPad for watching films and TV shows, the ability to access emails and text messages and ‘gourmet dining’. 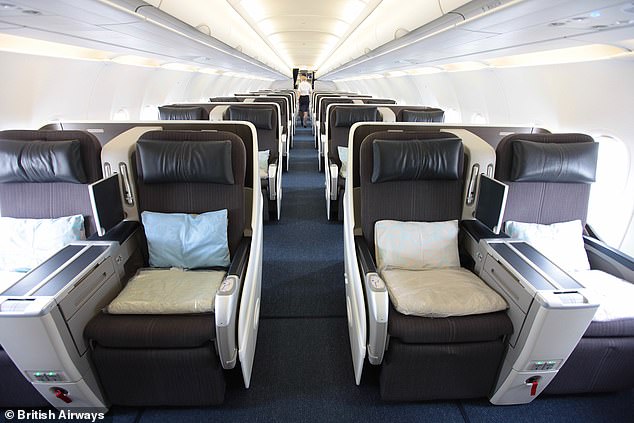 British Airways has scrapped its luxury all-business-class service between London City Airport and New York’s JFK. Pictured is the A318 cabin on the flight 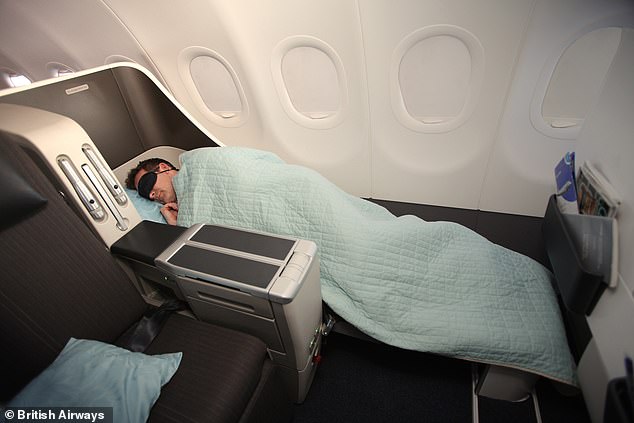 The BA service had just 32 seats, which could all be converted into 6ft fully flat beds

The flights operated under the prestigious BA001 and BA002 codes, which were previously used by Concorde services.

On US-bound flights the aircraft would refuel in Shannon, Ireland, where passengers were able to clear US immigration checks.

This made passing through JFK at the other end a breeze.

Shortly after it was launched BA operated two flights a day – although this was pared back to one flight per day in 2016.

In March, at the start of the coronavirus pandemic, British Airways suspended taking new reservations for the service.

Now, a spokesperson for the airline has confirmed to MailOnline Travel: ‘As we adapt to the decrease in passenger demand as a result of the Covid-19 global pandemic we can confirm that we will no longer operate our business-class-only flights from London City to New York, JFK, via Shannon.’ 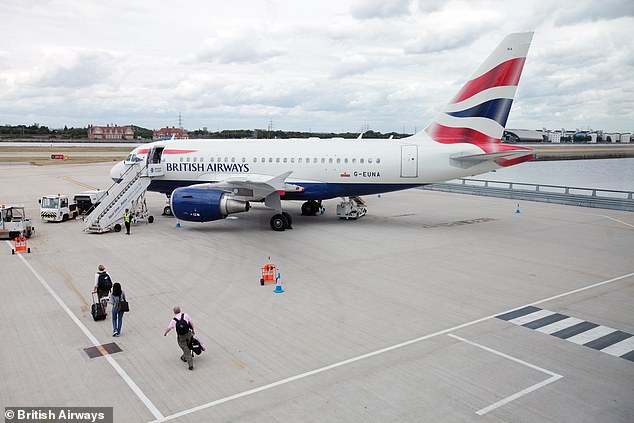 On westbound flights to the US, the A318, pictured, would refuel in Shannon, Ireland, where passengers could complete US immigration checks

The news comes as the airline is accused of ‘industrial thuggery’ by the leader of the Unite union, Len McCluskey, who said the carrier was wrong to believe it could ‘walk all over’ its staff.

British Airways’ owner, International Airlines Group (IAG), announced in April it would cut up to 12,000 jobs as a result of the coronavirus pandemic.

Unite claims the company is planning to rehire remaining employees on downgraded terms and conditions if an agreement cannot be reached.

But a British Airways spokeswoman said: ‘We are acting now to protect as many jobs as possible. We call on Unite and GMB to work with us as our pilots’ union Balpa is doing. Working together we can protect more jobs as we prepare for a new future.’

This Widowed Otter Found New Love Thanks to Online Dating

Surf’s up: Direct to Durban ·