Home » Travel » Amazing cruise holidays to book in 2023, from Norway to the Caribbean

Incredible cruise holidays to book in 2023, from a high-class voyage around Norway’s fjords to a Mediterranean tour that celebrates the golden age of sail and rail

With the heat of summer like a long-forgotten memory, now is the time to book cheering cruises to look forward to next year and even into 2024. Here’s the pick of the best.

New ship Arvia launches this month and will offer special shore excursions in the Caribbean not available on any other P&O cruise ship.

These include zooming round St Lucia’s rugged north coast on a solar-powered scooter, rum-tasting in a historic distillery on St Maarten, and a visit to a brewery on Barbados that is dedicated to hand-crafted ales.

Try the lot on a 15-night cruise departing from Southampton on January 6 that also calls at Tenerife and Grenada. Fares from £799pp include flight home (pocruises.com). 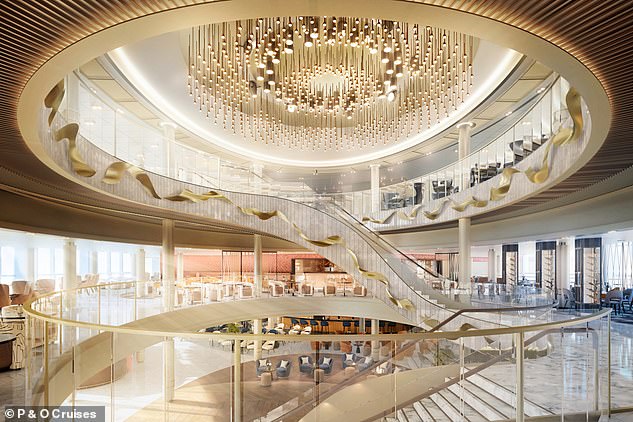 Now is the time to book cheering cruises to look forward to next year and even into 2024. Come January, set off on a 15-night cruise that calls at Tenerife and Grenada aboard P&O Cruises’ soon-to-launch ship Arvia. Above is a rendering of the ship’s atrium

For a really special holiday, try a new tour celebrating the golden age of sail and rail. This fabulous three-week journey starts with an 11-night Mediterranean voyage from Rome to Malaga aboard Star Clipper, which has four masts and acres of billowing white sails.

The ship will call at the islands of Elba, Minorca, Majorca and Ibiza, as well as ports on the Italian and French rivieras. After a four-night stay in Malaga, it will be time to board luxury train Al Andalus for a six-night journey, with stops in Cordoba, Granada, Ronda and Jerez, alighting in Seville. 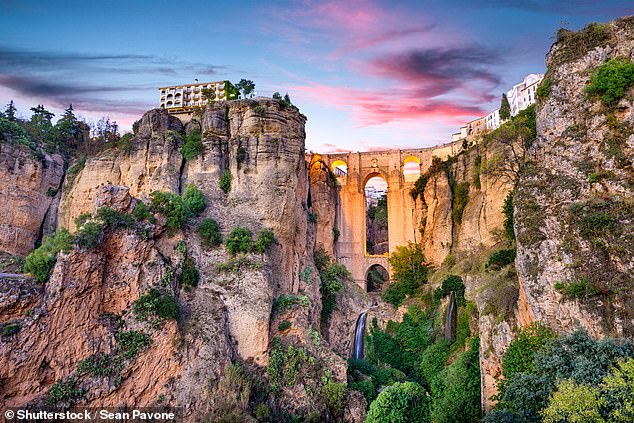 Arrive in the beautiful Spanish town of Ronda, pictured, on a luxury train during Fred Holidays’ fabulous three-week sail and rail tour 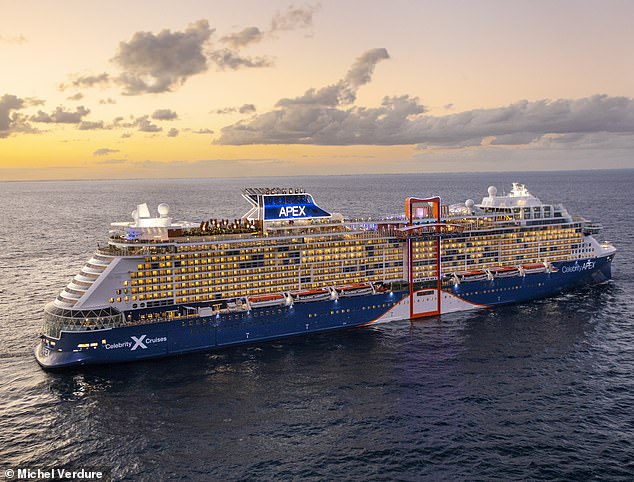 Looking ahead, the high-class and high-tech ship Celebrity Apex will be based in Southampton for no-fly cruises in 2024. One of its most eye-popping features is the Magic Carpet, a giant moving platform on the side of the ship which changes its function from alfresco restaurants to bars when stationed on different decks.

An eight-night cruise of Norway’s fjords on Celebrity Apex, sailing on May 15, 2024, costs from £1,349pp (celebritycruises.com).

Or you could visit three continents on a cruise-and-stay holiday that sets sail from Athens. After two nights in a hotel you’ll join Celestyal Crystal for a voyage to Port Said (for Cairo), Ashod in Israel, Cyprus, Rhodes and Kusadasi in Turkey. The price is £1,129pp. The nine-night trip, starting on February 29, 2024, costs from £1,099pp, including flights (iglucruise.com).

Mahbilil Festival to celebrate the best of Kakadu Indigenous Culture ·