Home » Holiday guides » These 4 Zodiac Signs Are Terrified On Halloween, So Go Easy On The Tricks

Make no mistake: For horror film buffs and deranged souls alike, Halloween is everything. It’s the one holiday in which all things shocking, creepy, and misunderstood are celebrated instead of reviled. You have every reason in the world to embrace the adrenaline rush of feeling scared on Halloween. But, despite the many of us who can’t help but feel intrigued by the terrifying and the taboo, the rest of us aren’t so adventurous. In fact, some of us are covering our eyes until October is over, and these zodiac signs are terrified on Halloween: Gemini, Cancer, Virgo, and Pisces.

However, if you happen to be obsessed with horror and you’re totally confused about how your zodiac sign could have made this list, let me explain: The reason these zodiac signs are more easily spooked on Halloween than others is because of the naturally nervous energy they harbor, as well as their vivid imaginations. Believe it or not, these zodiac signs might love horror even more, simply because they love being scared. As for me, an anxiety-ridden Gemini, I’m totally known for being psyched about an upcoming horror film, then staying up for three days straight because I’m still so damn terrified by what I saw. I mean, what can I say? I guess I like to live dangerously. 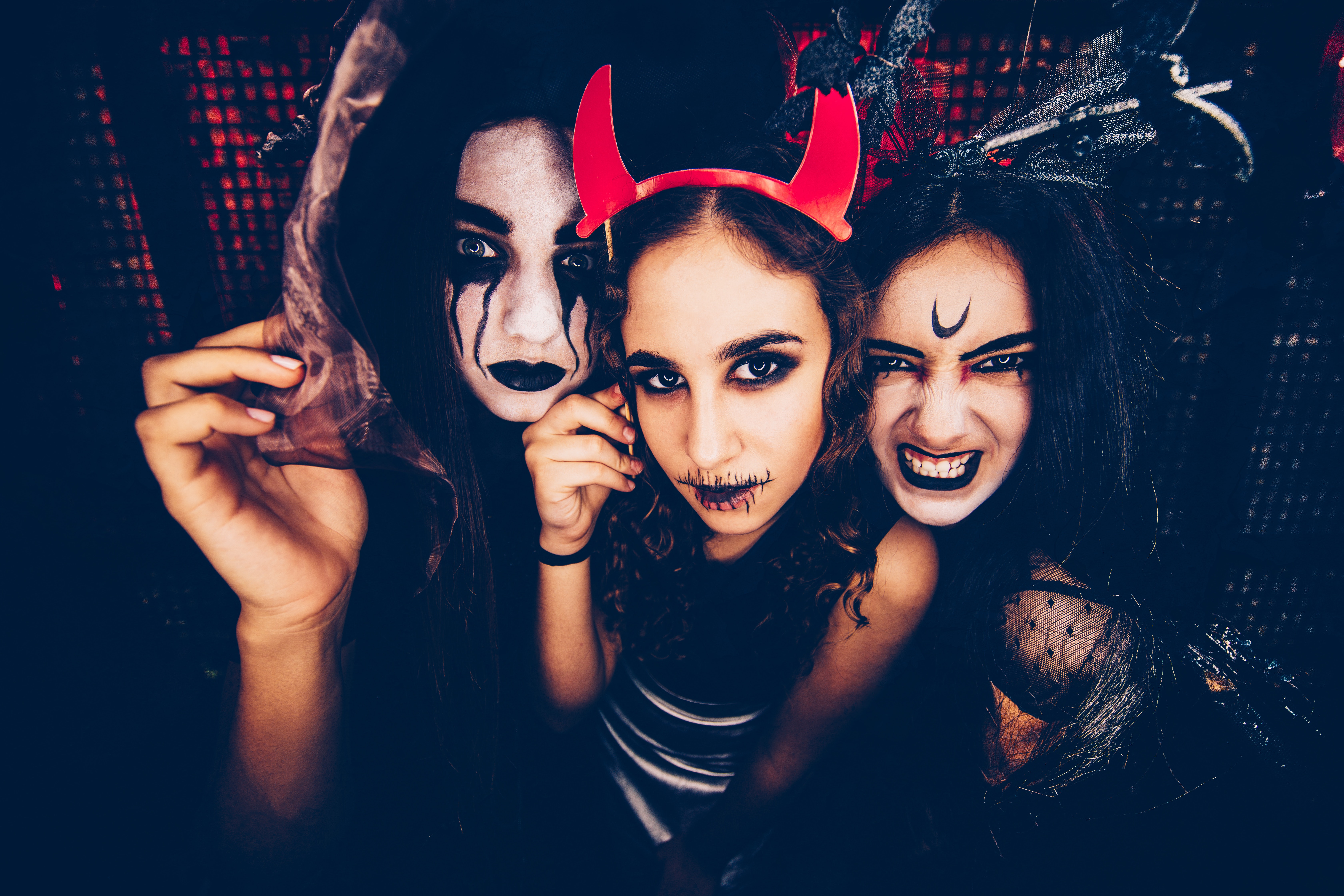 Gemini: It’s Usually Their Own Fault They’re So Damn Scared

A Gemini is used to anxiety. In fact, I’d wager that a Gemini is always at least little bit anxious, no matter what. It’s their anxiety that gives them their natural enthusiasm and incessant curiosity. However, as they say, curiosity killed the cat, and on Halloween, a Gemini is in danger of dipping too far over the edge.

Try shocking a Gemini and see just how much they overreact. Watch a horror film with one and prepare to hear them constantly shout, "Don’t go in there! Why is she going in there?!" Tell them a scary story and prepare to receive texts from them at 3 a.m., holding you personally responsible for the fact that they can’t sleep.

A Cancer’s safety, comfort, and peace of mind is absolutely non-negotiable. Even though a Cancer is a dark and dramatic water sign at heart who probably can’t help but feel fascinated by the emotional spectrum of horror, they know damn well just how uncomfortable it’s bound to make them.

On Halloween, a Cancer is paranoid. They’re double-checking that they’ve locked every door, bolted every window, and set an alarm system. Then, they’re lighting sage in every room and reciting protection prayers before bed. They’ve got Michael Myers and demonic forces of evil on their mind.

Virgo: They Can’t Help But Dissect Every Little Terrifying Detail

Here’s the deal with Virgos: They really can’t put something terrifying to rest. Because they’re wildly nervous, as well as natural skeptics, they’re known for going out of their way to disprove the validity of their fear. They’ll overanalyze every illogical piece of evidence and dissect every hokey detail until they’ve thought about it so much that the only thing they’ve accomplished is scaring themselves even more.

While they may seem rational and level-headed, don’t be fooled by their sensible facade. After all, some things truly are unexplainable, and it’s those unsolved mysteries that leave a Virgo lying awake at night.

Pisces: Their Imaginations Can Make Anything More Terrifying

A Pisces has an imagination that’s colorful, vivid, and wildly contagious. Even the subtlest form of horror can latch onto their mind, slowly growing and expanding until their imaginations have turned something small into something terrifying.

This is the type of zodiac sign that needs to have their blanket covering every square inch of their body, even if the temperature of their bedroom is way too hot. A little sweat never hurt anybody. However, a monster living under your bed reaching out and grabbing your foot? Now, that’s just simply not worth the risk.

This article was originally published on Oct. 17, 2018

Expected number of plane passengers could halve due to ‘flight shame’

Rediscovering Albuquerque and its Many Charms

Qantas to resume scenic flights to Antarctica from Australia

Tourism NT partners with Cotton On ·