North Wales has been named among the top places in the world to visit in 2017 according to Lonely Planet’s annual Best in Travel list.

Placed fourth on the list of regions to visit, north Wales is the only UK destination to be featured in the rankings, which are compiled by a panel of the travel publisher’s writers and experts.

North Wales was praised for its host of new adventure attractions, such as Surf Snowdonia in the Conwy Valley, an inland surfing lake described as “the most headline-stealing example of the region’s reinvention”.

Other attractions that drew Lonely Planet’s attention are Zip World which has attractions at three locations in north Wales, including the world’s fastest and Europe’s longest zip line, the first four-person zip line, and Bounce Below, a network of giant trampolines rigged together in the caverns beneath Blaenau Ffestiniog. 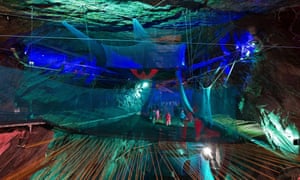 North Wales is ranked ahead of regions including South Australia, Perak in Malaysia and Aysen, Chile.

Topping the list is Choquequirao, Peru, which is expected to see the opening of a new cable car next year and is home to a spectacular Inca settlement, which Lonely Planet describes as like “exploring Machu Picchu before the hordes and mass commerce.”

In second place is Taranaki, New Zealand, a rarely visited destination which has natural assets that have “long been envied”, along with an emerging cultural scene thanks to the opening of the Len Lye Centre, New Plymouth’s “answer to the Guggenheim”, as well as hosting the Womad world music festival.

The Azores archipelago, a mid-Atlantic outpost of Portugal, came third in the rankings, praised by Lonely Planet for its blend of “amazing nature and super-cool Iberian culture”.

Other categories in the list include the top 10 countries, which this year was topped by Canada, and the top cities, with Bordeaux in first place. 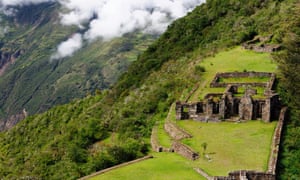 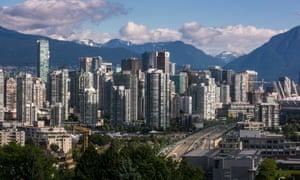 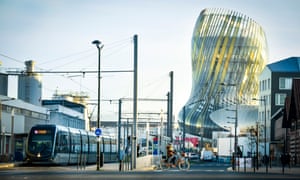 Flying from Honolulu to Seattle on board Hawaiian Airlines