When I was growing up it felt to me as though Halifax were a cultural backwater. I felt that I lived in the middle of nowhere. Everything I was interested in – theatre and television – was happening in London but now I think culture and art are no longer the domain of posh southern people, they’re everybody’s domain now. Culture is a lot less snobby than it was.

West Yorkshire has become increasingly important to me as I’ve got older. There’s a real depth to the landscape – it’s so dramatic and awe-inspiring. Now I see Calderdale – Halifax, Hebden Bridge, Ripponden, Sowerby Bridge and Elland – as really beautiful. That’s the area I think of as Happy Valley territory. 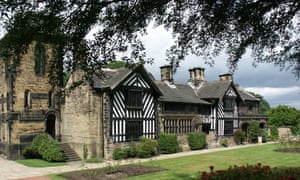 What made me fall for the area again was learning about Shibden Hall in Halifax – and the amazing landowner and adventurer Anne Lister who owned it. About 15 years ago, I read Jill Liddington’s book Female Fortune: The Anne Lister Diaries and then went back to Shibden Hall, and to Halifax, and saw it in a different light. Ever since then I’m really proud of having come from there. The hall dates back to 1420 and it has fantastic gardens. 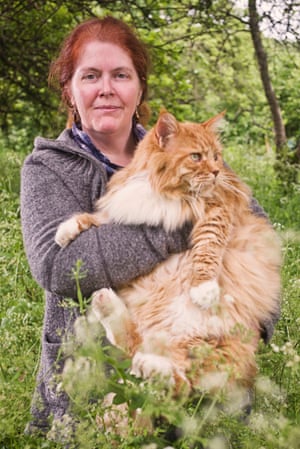 I grew up eight miles from Haworth, where the Brontë sisters grew up. The whole area is steeped in a fantastic cultural tradition. I’d encourage people to visit Haworth and the Brontë Parsonage Museum, which was the lifelong family home of the Brontës.

The Piece Hall is a beautiful, unique Grade I-listed building in Halifax. It was built in 1779, early in the Industrial Revolution, and is full of tiny rooms where people brought their piecework (cloth) to sell. It’s on a hill so two sides of it are two-storey and two sides three-storey. It’s undergoing a £7m transformation and reopens next year.

I love looking up at Norland Moor from Sowerby Bridge. We used this view in a couple of scenes in Happy Valley. It gave us such fantastic, dramatic shots and just made me appreciate even more where I’d grown up. That landscape is so verdant and colourful.

Hebden Bridge is vibrant; there’s a lot going on artistically and it’s also got great galleries, pubs and restaurants. I tend to go for a drink at the White Lion, which is a former coaching inn close to the river but still in the centre of the town. And, when I need to stay in the town because we’re filming, I’m often at the Croft Mill Apartment Hotel (studios sleeping two from £90 B&B) because it’s historic, fantastic and right in the centre of town. Hebden Bridge does have a seedier side though. There are problems with drug addiction, which is what I was writing about in Happy Valley, but there are also a lot of interesting people and arts festivals around the town, and you have the Arvon foundation writing centre close by at Ted Hughes’s former home of Lumb Bank near Heptonstall. 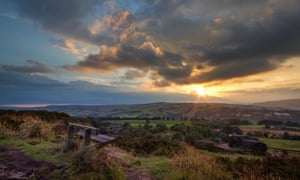 The beer is great in this part of Yorkshire. Last year, Happy Valley shared its production office with a small brewery, Little Valley Brewery.

It really interests me that the Brontë sisters’ brother, Branwell, worked at the railway station in Sowerby Bridge – and that he got sacked. He was then at the station in Luddendenfoot, which is slightly further on towards Hebden Bridge. Allegedly, he got the sack because he had his fingers in the till; whether that’s true or not I don’t know but I just find it funny he used to work at the station where I went to school. 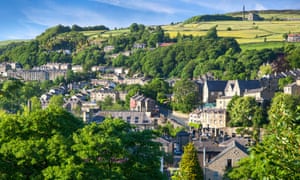 Visiting the village of Heptonstall feels like stepping back in time. It’s a very unusual and exceptional place; the scenery is fantastic and Sylvia Plath’s grave is in its churchyard.

Ripponden’s Old Bridge Inn is over 700 years old. I’ve been there a lot and it’s a lovely pub in a nice, peaceful spot. And, if you’re after a great pub with rooms, I’d say go to Shibden Mill Inn (doubles from £125), which is a 17th-century property alongside Shibden Brook. 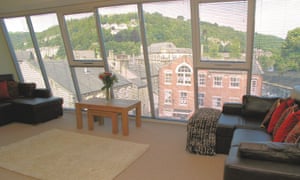 The first series of Happy Valley was filmed over the winter and I thought the countryside and the area looked fantastic. For the second series we are going to be filming over summer and into autumn, so it’s going to look different. It looks great whatever time of year it is though.

• Sally Wainwright will write and direct a new BBC film about the Brontës in early 2016. A celebration of Yorkshire-inspired crime writing, Yorkshire Pride, is part of the Theakstons Old Peculier crime writing festival in Harrogate on 17 July

The all-new TripAdvisor is now available to travellers globally ·

15 of the Best Places for Solo Female Travelers

Ryanair fires all pilots and cabin crew in the Netherlands