‘Who comes to Malmö on holiday instead of Copenhagen? Nobody, ever.” Niklas Navijik, of the Astrum electronic music collective, is marvelling at how well his home town fits my plan to explore “underrated” cites. “Malmö is the most overlooked city there is,” he says, while the rest of his collective nod in agreement.

Malmö, at the southern tip of Sweden, is just a 30-minute train ride across the Øresund Bridge (yes, the bridge from TV series The Bridge) from Copenhagen airport (Denmark) and, as a regular visitor to Copenhagen, I have been as guilty of overlooking it as anyone. But, having got to know the city over a few spring days, I won’t be making that mistake again. 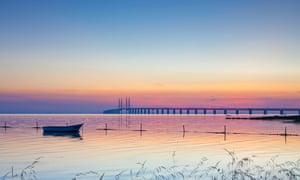 Malmö is small, flat and pretty, and ranked fifth on Lonely Planet’s list of the world’s best cycling cities (Copenhagen is first, and the two are connected by the world’s first dedicated bicycle ferry). A bike is hands down the best way of getting around, weather-permitting, so I hired one from Travel Shop Malmö, on Carlsgatan, beside Centralstation, and went gliding around a city where nothing is more than a 25-minute ride from anything else.

The Möllevången neighbourhood (or Möllan as everyone calls it) has a diverse population, great food, bars and shops and a general “hangout” vibe, and is Malmö’s version of Nørrebro in Copenhagen. Many of the best things I found were there, but by no means all: Malmö is a city that rewards leisurely exploration. 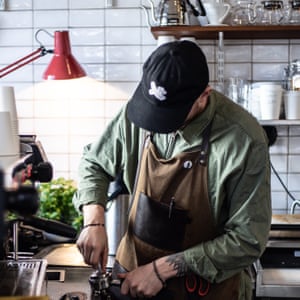 My first experience of Möllan was Kaffebaren på Möllan, where I had been assured of a warm welcome from owner Oscar Villata (who also runs the Geography record label), as well as the best coffee in the city. It’s a bold claim but also difficult to envisage anything surpassing Villata’s brew. I even bought a couple of bags to take home with me. What makes Kaffebaren a great primer for Malmö is that all this is done without pretension – a recurring theme in a city with a working-class heritage and a lack of airs and graces.

As for places to eat I found great quality, friendly service and decent value everywhere. My first stop was Kitchen & Table, the 25th-floor restaurant at my hotel (the Clarion), where I blissed out on grilled octopus (SEK160/£13), gigantic sheaves of pork crackling (£7) and beef cheek (£22) with the lights of the Øresund Bridge and Turning Torso – the tallest building in Scandinavia – as my view. 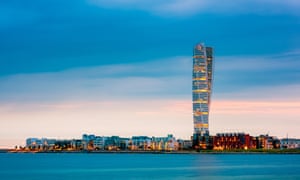 Lyran (set menu from £41) is the en vogue Malmö restaurant. I managed to get an early-evening seat at the bar and watched as the chefs prepared dishes including a dessert featuring syrup made with birch sap. Lyran’s menu changes daily, because of shifting supplies and its chefs’ fondness for improvisation – they even added coriander seeds, creating extra depth and acidity, to a perch-based dish while I was in the middle of eating it.

High-quality cheap eats are also plentiful in Malmö, with the widely (and correctly) accepted “best lunch in the city” costing £6 at Saltimporten, a canteen-style place out in the docks that only opens for two hours a day. In a figure-threatening week, I also had filling Syrian food at Shamiat (dishes from £5), high-end vegan fare matched with Chilean natural wine at Mineral (mains from £13), and a great-value Thai lunch from Green Mango (mains from £11), which I ate in bright spring sunshine in Folkets Park. 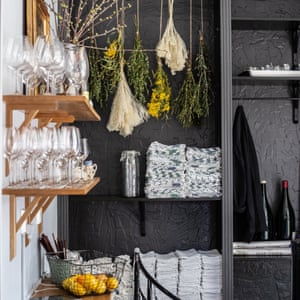 The park also contains Far I Hatten, a mid-priced source of good beer and excellent pizza (from £10). Gamle Nobes (mains from £11) had a relaxing, soulful-bodega feel, and I sampled excellent (though by no means cheap) cocktails at Belle Epoque (from £11).

“Malmo is easy to live in as it’s affordable – and that means you can find people to collaborate with easily. Sometimes you have to set up smaller projects to make this city come alive. In Stockholm most of the things that makes that city vibrant are a trend but in Malmo people are super-real and that’s what I love about the place,” Elena Wolay (DJ, lecturer, journalist and founder of Jazz Är Farligt) tells me at Drottninggatan 6, the free-jazz venue, radical library, bookstore and art space she runs in the north-western neighbourhood of Rörsjöstaden.

Aside from regular gigs, her aim for Drottninggatan 6 is for it to be a miniature version of Stockholm’s Rönnells Antikvariat bookstore, and a place where, as Wolay puts it, people can “come inside, have a chat, tell me all their problems, grab a book, stay for a gig and go home – and hopefully feeling a bit relieved.” 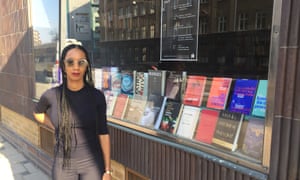 One of Wolay’s neighbours is Elena Tzotzi, co-founder of the Signal Center for Contemporary Arts. Signal makes excellent use of its limited space, with a roomy gallery area (Johanna Arvidsson’s Dark Spring is the current show, until 19 May) and a library and gig space in the back. Independent art initiatives such as these and the photography gallery Format continue to flourish alongside the city’s big-two municipal galleries, Moderna Museet and Konsthall, and other city-funded initiatives, such as Sommarscen (Summer Stage), which has free outdoor gigs nearly every day from June to August, and mean the free-culture scene in Malmö remains strong despite recent culture budget cuts.

The club scene has had a difficult time lately. Somewhat bizarrely given its reputation as a liberal bastion, Sweden has restrictive laws around nightlife: most notably the requirement to sell food in clubs and the enforcement of a law dating to the 1930s that requires premises to have a “dance permit”. Julia Nygren of electronic music collective So & Such explains: “It leads to strange situations. In Stockholm you have clubs where the dance permit only covers the building, so they have to employ people to patrol the smoking area asking people to stop dancing to music they can hear coming from inside the club.”

The difficulty and expense involved in jumping through legal hoops, plus increasing police action against the illegal party scene (for a long time part of Malmö’s culture), has left some crews with nowhere to go, and led others, including DJ collective Substantiv, to gather at Inkonst, the city’s one remaining legal bastion of underground clubbing. Its artistic director Ulf Eriksson laments the situation. “I try to talk to the politicians and make them see that the underground – allowing the youth to express themselves – is not evil, and is a positive and vital thing,” he says with a battle-weary sigh. From 24-28 April, Inkonst will host Intonal, an experimental electronic music festival, featuring the Aux 88, DJ Marcelle and Jimi Tenor alongside a programme of acousmatic concerts, talks, installations and performances.

Malmö is known as a jazz city and aside from her own shows, Wolay recommends Café Alé. “It’s the place to go for a Paris-type jazz experience; it’s small and has a great atmosphere,” she says. On the rock side, the venue Plan B has grand plans for the near future including a third stage and the quadrupling of its floor space and outdoor areas. One night I caught a doom-metal set from San Diego’s Author & Punisher there, and found the energy and passion of the venue’s co-founder Carlo Emme undimmed by years of tussles with the Swedish state over licencing. Other collectives and venues continue to operate on the same pseudo “membership” basis Plan B used to, but unless you have a personal connection with them they are – by their nature – likely to be off-limits to visitors. 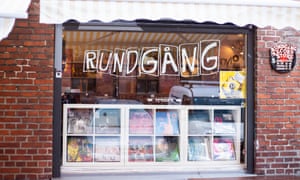 Rundgång Records is the centre of a community as much as it is a shop, and the warmth of the welcome from its owner Dennis Lood is only rivalled by that of his chihuahua mix Chilli. Lood also runs the Malmö-focused Rundgång label, and is a fantastic source of expertise on local acts, with the French darkwave exile Mort-Moi, psyche-funk group Ved and Arre! Arre! (“Riot Grrls with a surf/60s punkbeat in the mix”) among his current tips. Malmö is also famous for its vintage and thrift stores, and friends from Copenhagen told me they often cross the bridge to shop at Humana and the huge Trollets Loppis flea market. Famous menswear store Très Bien has its HQ here. 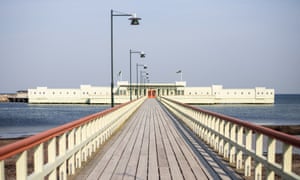 A few hours before flying home, I cycled along Malmö’s beachfront to Ribersborgs Kallbadhus (one-off visit £6), a stunning open-air bathhouse dating from 1898 that I had left until the end largely because I was worried I would want to spend all my time there if I went too early.

“The thing I love about this place is that they’ve kept it just as it was,” a friend from Copenhagen told me. “It’s not a spa or a health club or something – it’s a bathhouse [although it does offer massages from £26].” It has magnificent saunas, the waters of Øresund a few steps away to cool off in, and – this being Scandinavia – a ban on swimwear. My concerns were well-founded: it was a perfect end to my visit, and would just as easily have been a perfect start or middle.

• The trip was provided by Malmö Town, with accommodation at Clarion Hotel Malmö Live (doubles from £100 B&B). EasyJet, Ryanair, SAS, BA and Norwegian fly to Copenhagen from UK airports