In a flat, lonely corner of Romney Marsh, this church is blessed with an atmospheric beauty that is only enhanced by its desolate surroundings. The steeply pitched red-tiled roof of the nave, topped by a bell-cote that resembles a castle turret, marks the building out from the common stock. If it looks familiar it may be because it featured in the recent television and cinema adaptations of Dickens’ Great Expectations. The church today is the result of many piecemeal building efforts but, overall, it is how it would have looked in the 18th century. By rights, it shouldn’t be here at all. Fairfield has always had an atomised population and so its church was built with the idea that it might not be needed for very long. Thus a small lath-and-plaster structure was first thrown up on this spot at some time around 1200. 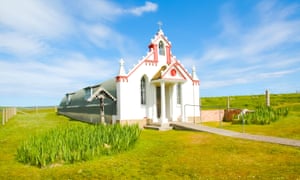 In January 1942, the small, northerly isle of Lamb Holm became home to some of the 1,200 Italian soldiers brought to Orkney. Although the prisoners built themselves a theatre and a recreation hut, they lacked a chapel. After some gentle cajoling, the camp padre with the artist, Domenico Chiocchetti, got the prisoners permission to erect a chapel from two Nissen huts, joined end to end. Visit the chapel today and you’ll see what an extraordinary job the Italian soldiers did – they plasterboarded the huts, fashioned an altar out of concrete and installed windows filled with painted glass. Chioccetti himself painted the sanctuary and his Madonna and Child altarpiece is the chapel’s crowning glory. In 1960, the BBC paid for him to freshen up his masterpiece. He returned four years later, this time bearing a gift of 14 stations of the cross, which can still be seen in the chapel. 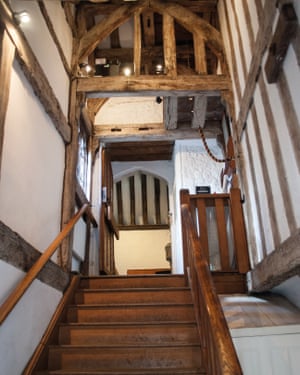 Tucked away in a side street, this one-roomed Medieval gate church is often overlooked by visitors. It’s place of surprising quietude in the heart of throbbing Winchester and has provided a place of sanctuary for over 750 years. The first record of it is in a 1264 report detailing its burning down by angry citizens during a dispute with the local priory. It was rebuilt as a parish church in 1539, when the monastery at Winchester was dissolved by Henry VIII. Before climbing the covered staircase up to the church, have a look at the battlements on the walls – though a holy building, this was still part of a defensive structure. Being on top of a city gate is quite special but being one of the very rare surviving medieval city gate churches adds lustre to the experience. 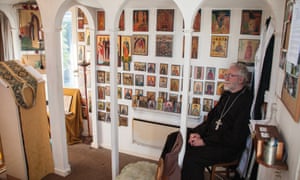 The smallest working church in England, and arguably the strangest, St Fursey’s is a modern-day labour of love. It’s built in the garden belonging to its priest, Father Stephen Weston. The story began in 1998 when Father Stephen, disillusioned with the Anglican Church in which he had served as a vicar for 20 years, left to join the Antiochan Orthodox church. There being no English-speaking Orthodox church in the district, he immediately set about constructing one out of plywood, measuring just 18ft x 13ft. Basing the design on an almost equally small 4th-century church at Silchester in Hampshire, with the help of volunteers he completed the building within six months at a cost of around £5,000. 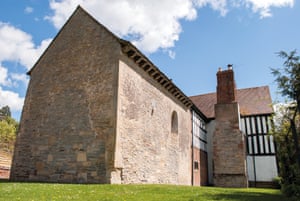 Odda’s Chapel would never have been identified as a Saxon place of worship had it not been for two things: the discovery of the ancient Odda Stone in 1675 near the parish church and local vicar the Rev George Butterworth’s resolve to turn detective. A Latin inscription on the stone said the chapel was built and dedicated by Earl Odda for his brother, Aelfric, in 1056 but it couldn’t be referring to the existing parish church, which is a much earlier building. In 1885, when repairs were done to a local house, the vicar discovered an altar stone which confirmed he’d found the site of the chapel. As far as is known, it has only ever been part of a home and now consists of a nave and chancel divided by an arch, with a doorway in the north wall and minimal furnishings. 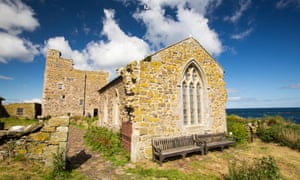 This little chapel stands on Inner Farne, the biggest island of the group, and is one of the few remaining physical links to the area’s monastic past. Former shepherdboy and prior Cuthbert arrived in 676, spent a short spell as bishop of Holy Island, and returned to Inner Farne to die in 687. The 14th-century chapel, much restored in the 1800s, is dedicated to him. But this is a visit for twitchers – the island is teeming with birdlife, including puffins, guillemots, shags, cormorants, razorbills, eiders and Arctic terns, among numerous others. It’s fitting, given all this avian activity, that when St Cuthbert lived here he laid down decrees protecting the island’s birds. To this day, eiders are known in Northumberland as “cuddy ducks” (from “Cuthbert’s ducks”). 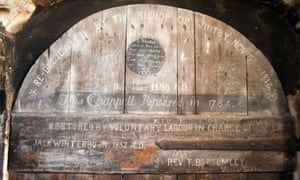 Poor old St Mary’s cuts a rather lonely figure, sitting in a boggy Yorkshire field. It wasn’t ever thus. Built in the 14th century, this private chapel to a manor house was an opulent place twice its current size, with a gilded ceiling and a large chancel at the east end. Now it is is a plain rectangle with an empty stone bell-cote and no church yard but it’s the floor that holds the church’s greatest treasures. Some of the huge grave slabs, bearing heraldic symbols, are actually older than the building itself, going back to a time of knights and chivalrous deeds. But the church will always be associated with the Battle of Towton, the bloodiest battle of the War of the Roses, which took place on Palm Sunday 1461 and it is the only building on or around the battlefield that remains standing. 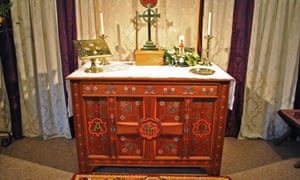 The “tin tabernacles” were arbingers of the mass-produced, flat-packed world we inhabit today, and were once viewed as a godsend by Victorian vicars in rapidly expanding industrial areas whose churches were full to bursting. Only around 60 of the myriad erected in Scotland have made still stand – this one was built in 1876 by the 7th Earl of Breadalbane as a chapel of ease for his shooting parties (its nickname is the “Grouse Chapel”), and it is the oldest and most beautifully preserved survivor. The metallic exterior of the church belies what is inside. Pine-clad walls give the place a Scandinavian air, and its numerous short wooden pews make it seem larger than it is. The altar is made of carved and painted wood and the ornate altar rail is from the demolished chapel at Taymouth Castle in Kenmore. The scene is completed by a circular stained-glass window above the altar. 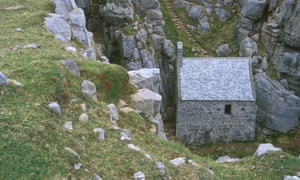 This little chapel is perched halfway down a Pembrokeshire cliff beside a holy well – and its extraordinary location, plus its very early and uncertain genesis, has made it a thing of folklore. There is a simple nave measuring about 17ft x 12ft, with an opening to a rough cell beyond. General consensus dates it to between the 11th and 13th centuries, with a 6th-century original chapel a possibility. Inside, it appears to be an empty shell of rough stones, green with mould. However, features emerge, including an opening for the spring on the floor, with a long bench, a piscina and a plain stone altar. Pass through the doorway in the west wall to explore the remainder of the elderly St Govan’s domain. The well has run dry and so any curative qualities of its waters have been lost but, happily, the tranquillity found in this place is still balm for the soul. 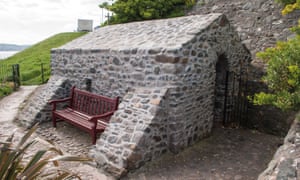 Tucked back from the promenade, this chapel measures just 8ft by 11ft inside and looks more like a stone shed. The first building to have stood on this spot was a cell constructed by the saint himself in the 6th century. He established his little enclosure around a well, which attracted the sick and the lame hoping for a miraculous cure. The stone-and-mortar chapel is mostly of 16th or 17th century origin but, by the 1890s, it was in a bit of state and was comprehensively restored. Inside, the low, whitewashed barrel-vaulted ceiling and rough stone floor lend the place the quality of a grotto, enhanced by little ceramic items and other offerings left by visitors. Other than that, there are about half a dozen chairs, a shelf/altar and there’s sometimes a candle burning in front of the small wooden cross.

• Tiny Churches by Dixe Wills is published by AA Publishing

Sicily set to pay half of tourists’ holiday bills after coronavirus