Donald Trump’s unfortunate comments about potentially purchasing Greenland have triggered a spike in travel interest to the country.

Intrepid Travel, the world’s largest adventure travel company, told TravelPulse this week that the company saw a 237 percent spike in web traffic on its Greenland pages over this past weekend.

The country’s government-funded tourism board, Visit Greenland, also recently reported an uptick in interest, as have other tourism companies, such as Nordic Visitor.

The sudden spotlight on the small country comes after a brouhaha that involved President Trump suggesting the United States might like to buy the country, an autonomous region belonging to the kingdom of Denmark and located between the Arctic and Atlantic oceans.

While Denmark officials responded by noting that Greenland is not for sale and that the offer was absurd, the entire exchange has raised interest among travelers far and wide, which is good news for the up and coming country.

“Greenland’s tourism industry is still quite young,” said Intrepid officials. “The nation is one of the few places left on Earth that can be described as truly remote and wild. Icebergs tower instead of skyscrapers, and tiny settlements on the coast still rely on subsistence fishing to survive.”

Want to visit yourself?

Intrepid Travel has focused on launching and expanding its Greenland product over the last couple of years. 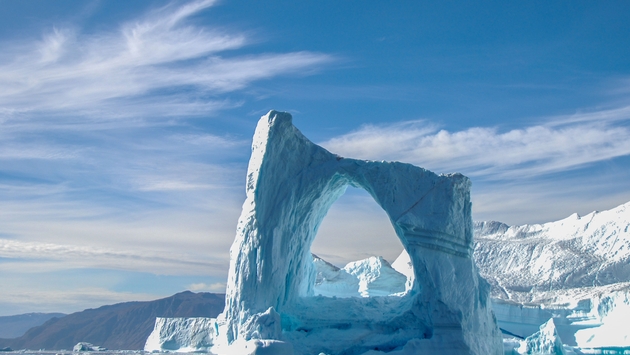 In fact, the company recently launched a brand-new Greenland Expedition for 2020, which will be its first dedicated tour of the country. Itinerary highlights include:

—Being welcomed into a local home to enjoy kaffeemik, a unique Greenlandic tradition and casual celebration where sweets and conversation are served up by the plateful.

—Cruising through broken icebergs to the tiny fishing community of Oqaatsut, then embarking on an unforgettable hike through archaeological sites, gorges and craggy hillside.

—Staying on the edge of the famed Ilulissat Icefjord, watching frosted peaks of icebergs from the shore while you explore the village.

“While we have previously offered cruise trips to Greenland, this is our first land-based product that allows customers to further immerse in the culture and support local businesses,” said Steph Millington, Intrepid Travel’s regional product manager for Europe.

“Tourism is in its infancy here in contrast to more popular destinations, so with demand for Greenland increasing, it’s really down to the trailblazers to set a precedent to visit the country in a responsible and sustainable manner for those who may follow in their footsteps,” Millington added.

Boulogne-Sur-Mer: A quick hop across the Channel for the perfect winter break

Pound to euro exchange rate: Pound slumps for FOURTH day – but could it improve today?

Is this the most stunning top deck of a cruise ship ever?