A tour operator that specializes in trips to Ukraine is reporting record growth in bookings to the Eastern European country.

Sophia Kulich, president of Sophia’s Travel, said her sales to the country increased by 45 percent in 2018.

Kulich also points to the recent presidential elections in Ukraine as another indicator that the country is poised for continued tourism growth.

Ukraine recently made history by electing its first Jewish president, Volodymyr Zelensky. Kulich, who also specializes in heritage travel, sees the emergence of a Jewish president as a hopeful sign for increased heritage tourism to her home country.

“This signals that the country is open to welcoming Jews and other nationalities,” Kulich said.

Various ethnic groups traditionally existed peacefully in the country, until the early 20th century with the rise of Pogroms, followed by the Nazi and Soviet occupations.

Since 1991, when Ukraine declared independence from the USSR, the country has enjoyed a new openness, according to Kulich, who added that this is particularly evident in the streets of Kyiv, which are alive with bustling cafes and cultural life.

Sophia’s Travel offers individual itineraries and small-group tours to Ukraine that allow visitors to explore the major cities of Lviv, Kyiv, and Odesa, along with such places as Chernivtsi (known for its culture and architectural styles), and villages in the Carpathian Mountains.

Here’s a closer look at some of the Ukranian destinations travelers can visit with Sophia’s Travels.

Many of Kulich’s tours start out in Lviv in Western Ukraine, some 44 miles from the Polish border.

Founded in the 13th century, the city includes an elegant opera and ballet theatre; ornate Catholic and Orthodox churches; a Jewish and Armenian quarter; and the Golden Rose Synagogue Memorial Site, a UNESCO World Heritage Site dating to the 16th century.

The city is also known for its coffee cafes and a bustling market square. 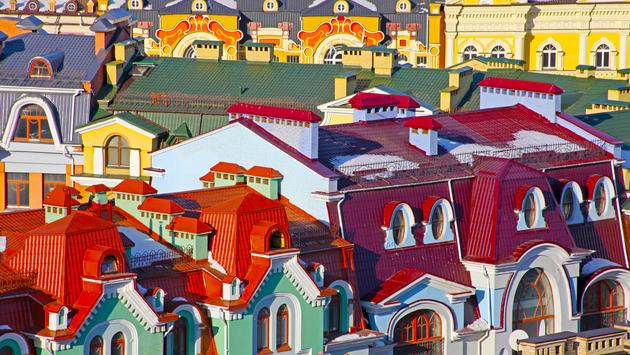 Kyiv, the capital city, is known for its Monastery of the Kyiv Caves, another UNESCO World Heritage site.

Odesa, by the Black Sea, combines international influences in culture and architecture including Greek, French, and Italian traditions.

Notable sights here include the legendary Privoz Market; the impressive Potemkin Stairs; the Baroque Opera House; tree-lined Derybasivska Street with its many cafes and restaurants, and Primorsky Boulevard, which leads to the port.

Odesa is also the location of catacombs, some of the longest in the world, used by Soviet Partisans during World War II.

A winemaker’s guide to Marlborough

Travel hack: How to take more than 100ml of liquids on holiday in your hand luggage

PM hits back after photo furore

Top 5 hotels for a luxury stay in St. Andrews – A Luxury Travel Blog