It’s been just over a year since St. Barts was slammed by Hurricane Irma. The Category 5 hurricane touched down in early September 2017, causing catastrophic damage to the island and shuttering the majority of its hotels and restaurants.

Today the island is reporting that it is nearly entirely back and ready to welcome business for the winter season, as reopenings and renovations spring up across the island.

Save for five resorts with opening dates scheduled for later this year or early 2019, the rest of the island’s properties are up and running, according to the tourism office of St. Barts. Here are just a few examples of what is open and a glimpse at what is still to come. 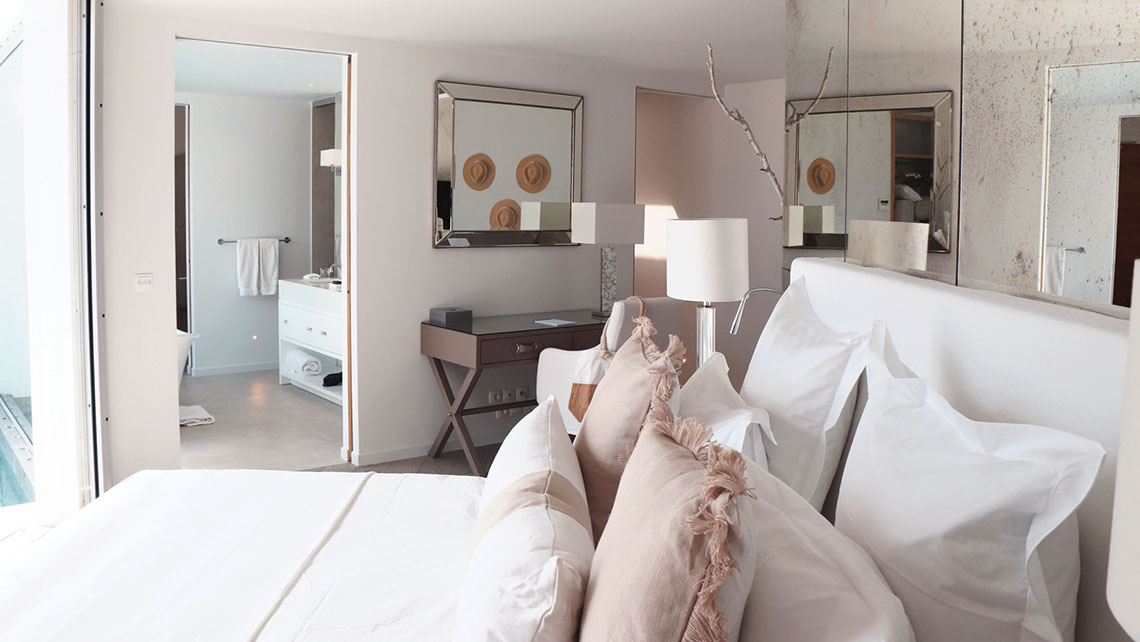 • Hotel Le Toiny reopened on Oct. 15 with a full refurbishment and the addition of eight villa suites and a beachfront pool at the Toiny Beach Club. Cocktails and light bites are served at the new pool, which is surrounded by a teak deck and bungalow-style bar.

Villa Saline has an outdoor whirlpool on a covered terrace, while the interior has colonial-style beds, handcrafted rattan headboards and shades of indigo. Villa Colombier has a private swimming pool and a take on midcentury modern with a framed Slim Aarons photograph and a vintage Audoux Minet buffet table and canopied beds.

In addition to the two new villas, there are 23 bungalows and villas, some with private pools. Rates for bungalows start at $456.

• Le Barthelemy Hotel & Spa reopened on Oct. 28 with the addition of two six-bedroom beachfront villas, each with pools and offering the same services as the hotel and the three-bedroom suites.

The hotel relaunch has focused its efforts on wellness, introducing hydrotherapy with hot and cold baths, a traditional hammam (Turkish bath), beach yoga and a renovated fitness center.

Restaurant Au Amis has expanded its service with the introduction of the Aux Amis Plage, a beachfront grill for all-day dining. Guests can also expect a new late-night rooftop bar with DJs or live music on Fridays and Saturday nights.

Rates at Le Barthelemy, a member of Small Luxury Hotels of the World, start at $941. 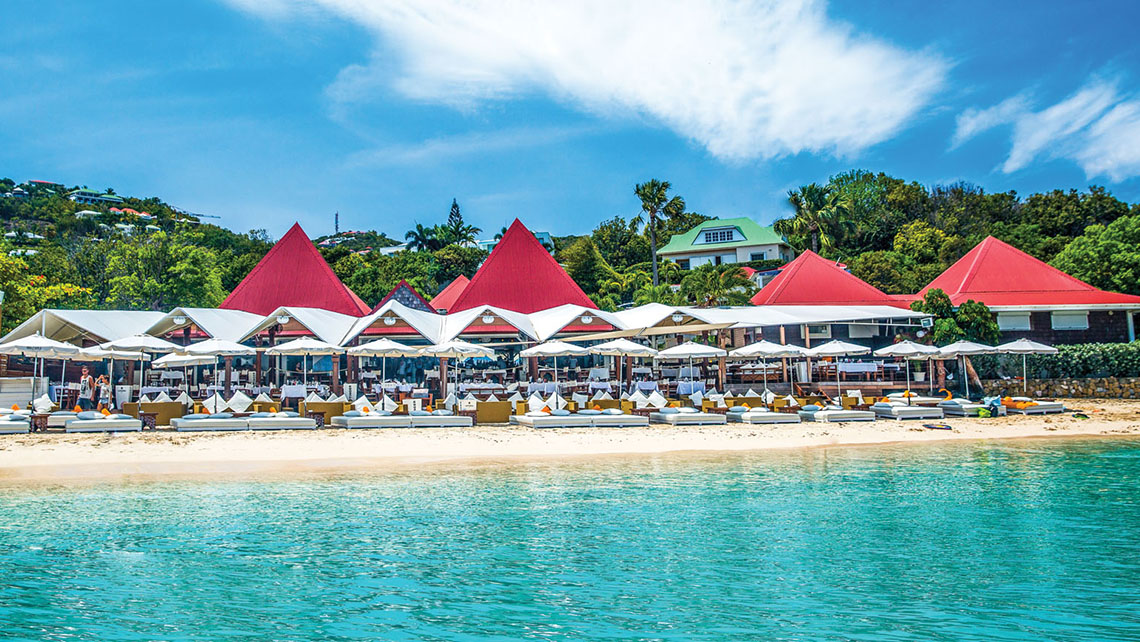 The central bar can seat up to 10 guests, while the sushi bar seats up to six. The restaurant’s menu focuses on international fare such as truffle pizza, chicken satay, tartare and spring rolls.

Eden Rock will open this month after a complete renovation and restructuring of all rooms, suites and villas. Five suites will be added, including two with private pools.

Le Sereno St. Barth, which has been completely rebuilt and refurbished, will reopen in December with 39 rooms instead of 36. The new rooms have been added to the hotel’s Bungalow Piscine category, two of which are part of a new Family Suite category, each with private pools.

Once it opens, the resort will debut the redesigned Restaurant Le Sereno, with a centrally located bar. Next to the restaurant will be a new beach dining venue. In addition to the dining venues, the spa has been expanded to include three treatment spaces. The fitness center has been upgraded with a new garden space for yoga and meditation.

The Hotel Barriere Carl Gustaf will open this month and the Cheval Blanc St-Barth Isle of France is set to reopen Dec. 22. Le Guanahani will reopen in 2019.

All of the island’s restaurants and shops, save for those connected to hotels that remain closed, are up and running, according to the tourism office.

Jess Smee on spluttering around Berlin on the Trabant Safari