On Aug. 31, the Cosmopolitan of Las Vegas expanded its already substantial culinary slate with the opening of its Block 16 Urban Food Hall, featuring “a dynamic lineup of restaurants handpicked from foodie capitals” across the country, according to a statement from the 3,027-room Strip resort.

“The Cosmopolitan has a thoughtful collection of high-end, luxury dining options, something the resort has been synonymous with since its inception,” said Patrick Nichols, the property’s senior vice president of strategy and business development. “We now see the need for more quick-serve, made-to-order concepts to add to our restaurant collection. We have searched the country over the past two years for the most craveable food and beverage concepts and are excited to bring together six of our favorites to Block 16.”

Block 16 customers can settle into booths, high tops or chef-facing countertops to partake in the food hall’s offerings. The six outlets comprising Block 16, designed to resemble a contemporary street food market and located on the second level of the Boulevard Tower, are: 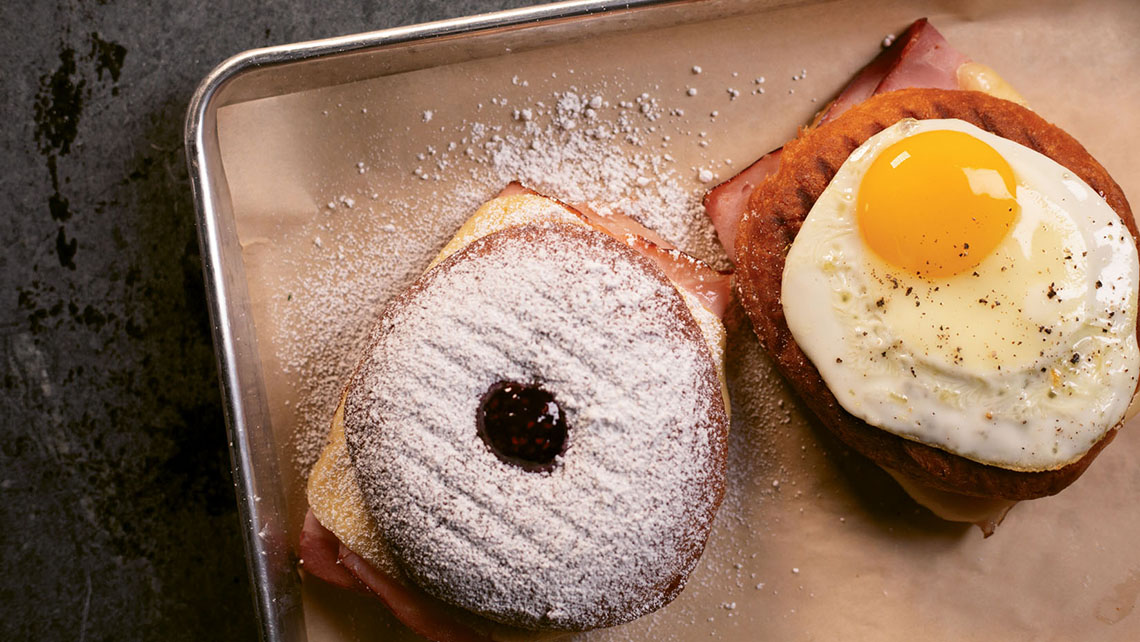 • District: Donuts. Sliders. Brew — As its name suggests, this New Orleans import, which has five Louisiana locations and is making its West Coast debut, touts a variety of brewed beverages and sandwiches and over 100 varieties of doughnuts offered on a rotating basis, with flavors including Chocolate Blackout and Bananas Foster.

The venue’s offerings also include breakfast items such as made-from-scratch biscuit sandwiches for breakfast and kolache (filled pastries). For lunch and dinner, guests will find waffle cheese fries, pork belly sliders and sandwiches such as a Monte Cristo served on griddled doughnuts. Beverages include espressos, nitro cold brew, Vietnamese iced coffee and chocolate milk on tap.

District: Donuts. Sliders. Brew is open from 6 a.m. to 10 p.m. Sundays through Thursdays and 6 a.m. to midnight Fridays and Saturdays. 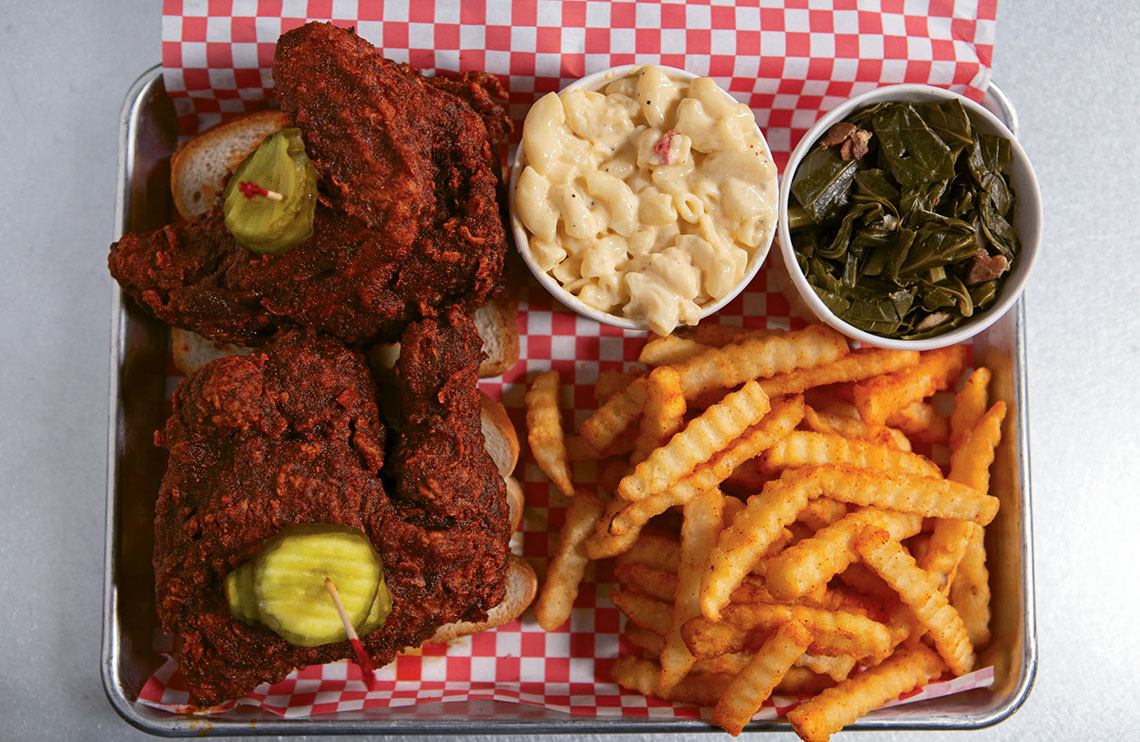 • Hattie B’s Hot Chicken — This Music City institution is now in Sin City. At this counter-service eatery, Nashville hot chicken is available in, from mildest to hottest: Southern, Mild, Medium, Hot, Damn Hot and Shut the Cluck Up.

Plates offered are small or large (dark or white meat), a half chicken or three boneless tenders and are served with the traditional bread and pickles. Side dishes include pimento mac and cheese, red-skin potato salad and Southern greens. 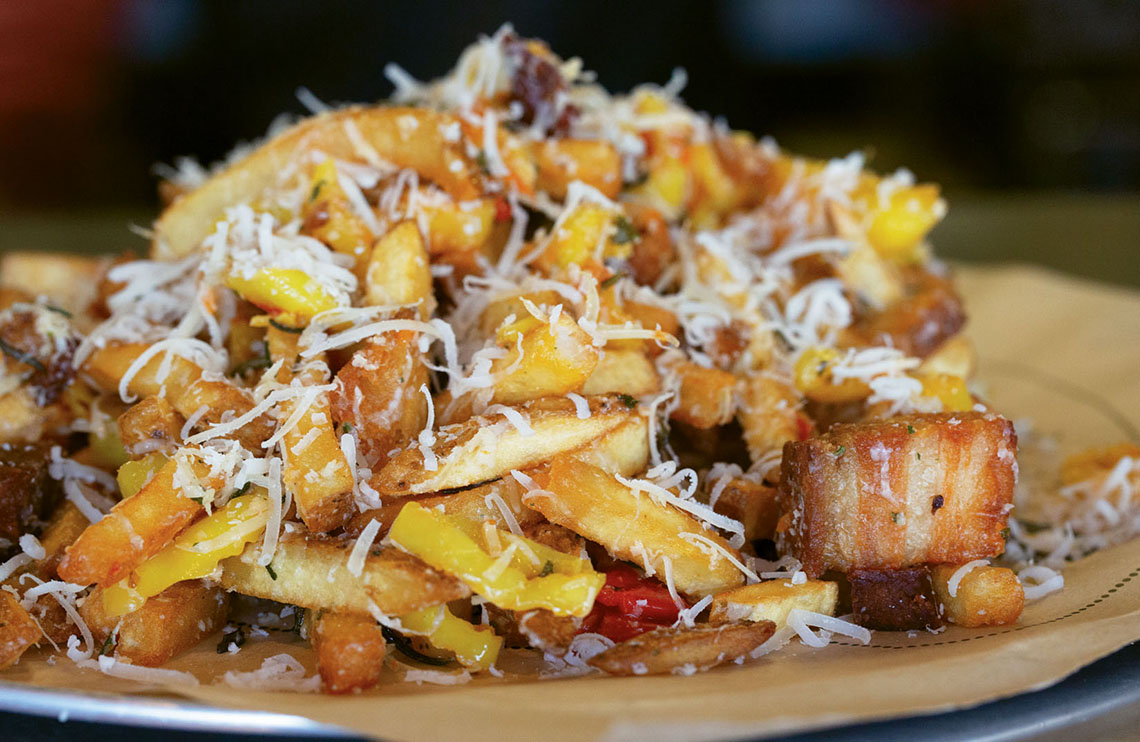 • Lardo — Founded in Portland, Ore., Lardo brings its pork-heavy menu of hearty sandwiches to the Cosmopolitan, its third location.

Rose City regulars will recognize signature sandwiches such as the Korean pork shoulder (with kimchi, chili mayo, cilantro and lime) and griddled mortadella (with provolone, peppers and mustard aioli) and side orders such as dirty fries (topped with pork scraps, marinated peppers and Parmesan).

And because no Portland meal would be complete without a Portland brew, the beverage menu includes Occidental Brewing’s Lardo Lager and a pFriem IPA on tap. 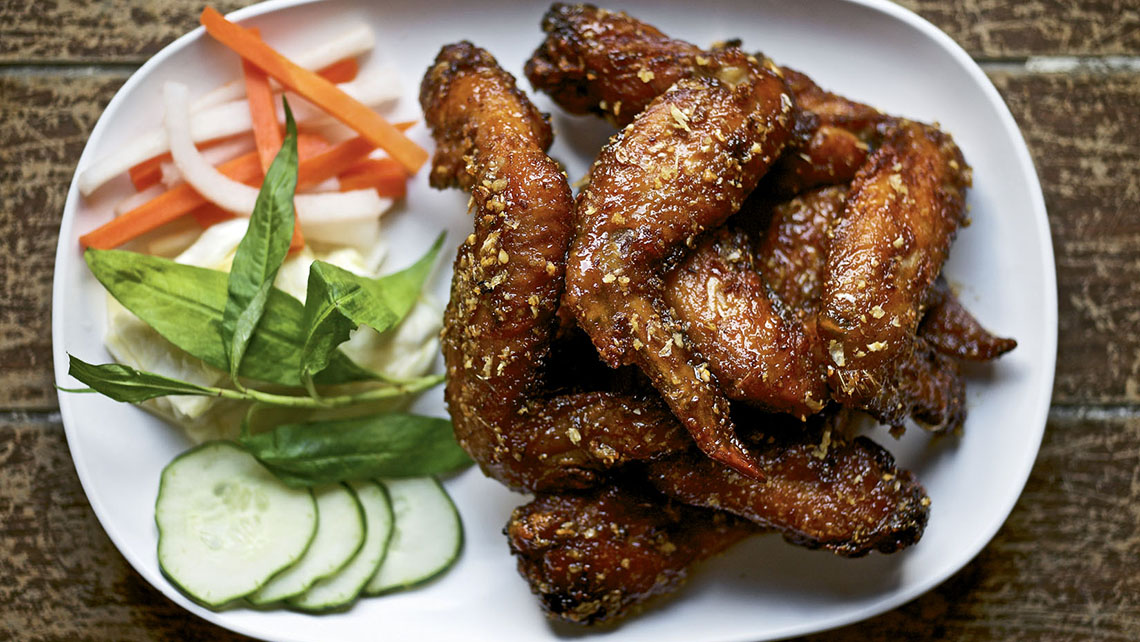 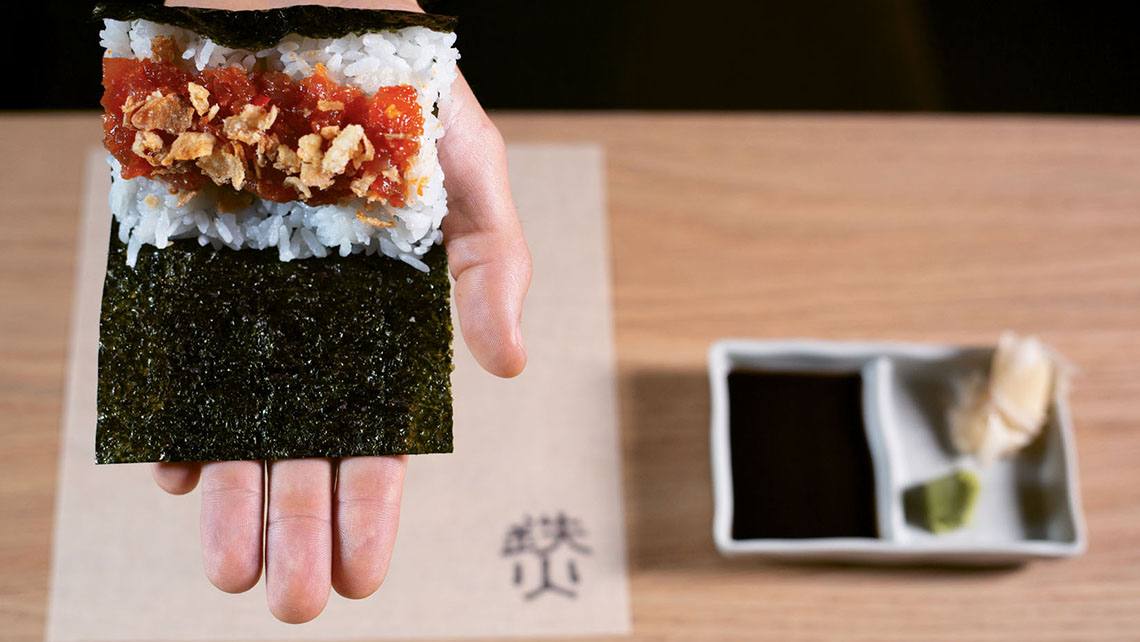 According to the Cosmopolitan, Tekka Bar “draws inspiration from the ancient gambling destination in Japan dating back more than 100 years ago, with ‘Tekka Ba’ translating to ‘old gambling place.'” 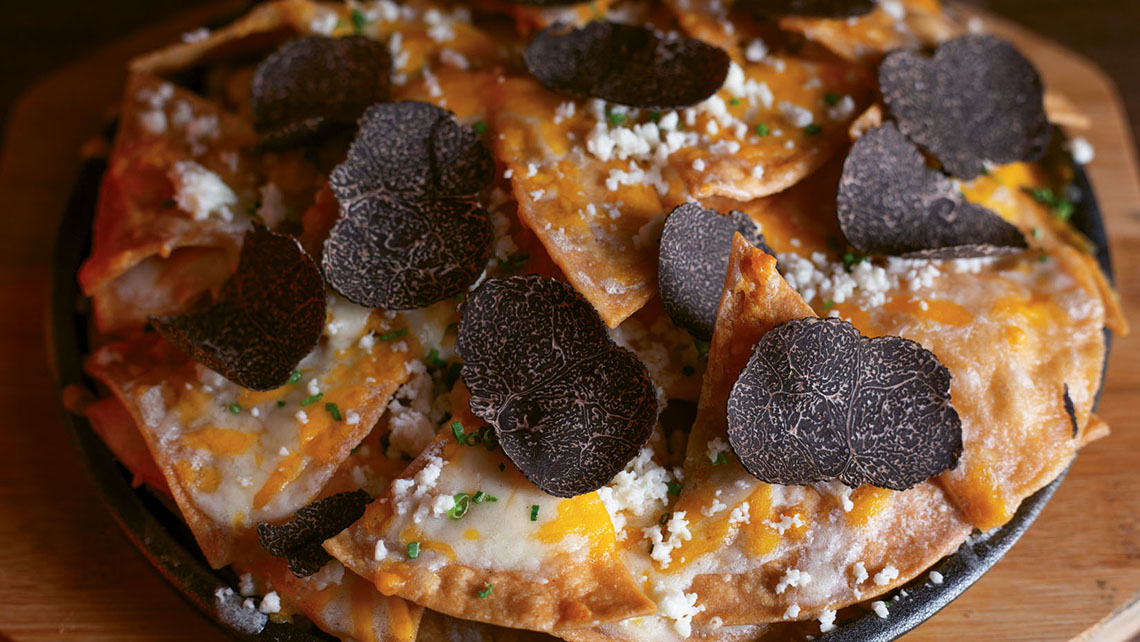 • Ghost Donkey — The latest Block 16 eatery to open, this tequila and mezcal bar is modeled after the establishment of the same name on New York’s Bleecker Street and pulls “inspiration from the alluring ingredients and flavors of Mexico to authenticate a true fiesta experience,” according to the Cosmopolitan. Menu highlights include truffle nachos.

A Quick Escape to the NSW Outback ·

Arizona: An unrivalled encounter with the Old West