Home » Destinations » Europe » This hotel is offering a £3,000 finishing school for young people

At £2,985 for a two-day programme, it’s quite clear Debrett’s finishing school isn’t for your average punter. Founded in 1769, Debrett’s is an authority on upper class etiquette, publishing handbooks such as the Guide for the Modern Gentleman and the A-Z of Modern Manners, and offering training for youngsters in the rituals and customs of the elite.

Appropriately, the finishing school – and my 90-minute taster session – is set in the lavish, colonial-style interior of The Lanesborough in Hyde Park Corner, London’s most expensive hotel. Arriving early, I’m led by the concierge to the drawing room where morning tea is served, the room filled with the low hum of ruddy, grey-haired gentlemen talking business and plummy Belgravia wives chatting interspersed with the clink of spoon touching china. This, I realise, is the kind of civilised scene that Debrett’s would thoroughly approve of.

Debrett’s exists to cultivate in its pupils the correct manner, and therefore confidence, to move seamlessly through the best circles. Public schooling is the primary method of this indoctrination – however, if errant sons or daughters somehow manage to leave school without the correct sheen, Debrett’s can provide a last polish before they head out into the world of work. Aimed at 18 to 25-year-olds, Debrett’s finishing school is essentially a two-day pep talk to give them the requisite tools to make the most of the connections their upbringing has already provided them with.

The course’s syllabus is a mixture of behavioural psychology and general etiquette. Waiting for me on a garishly upholstered sofa in a quiet corner of The Lanesborough, Katherine Lewis, an Oxford graduate with an easygoing manner and a background in the science of human behaviour, is tasked with whipping me into shape.

Every Debrett’s finishing school course begins with an elevator pitch: students tell the rest of the group two of their positive attributes and two of their achievements. Painfully difficult for a cynic like myself, the aim is to boost students’ confidence by making them recognise the positive aspects of their character. Lewis points out that we’re happy to big up our friends, but too reticent to praise ourselves and be confident about our own successes. It’s true, but makes me feel rather big-headed all the same. 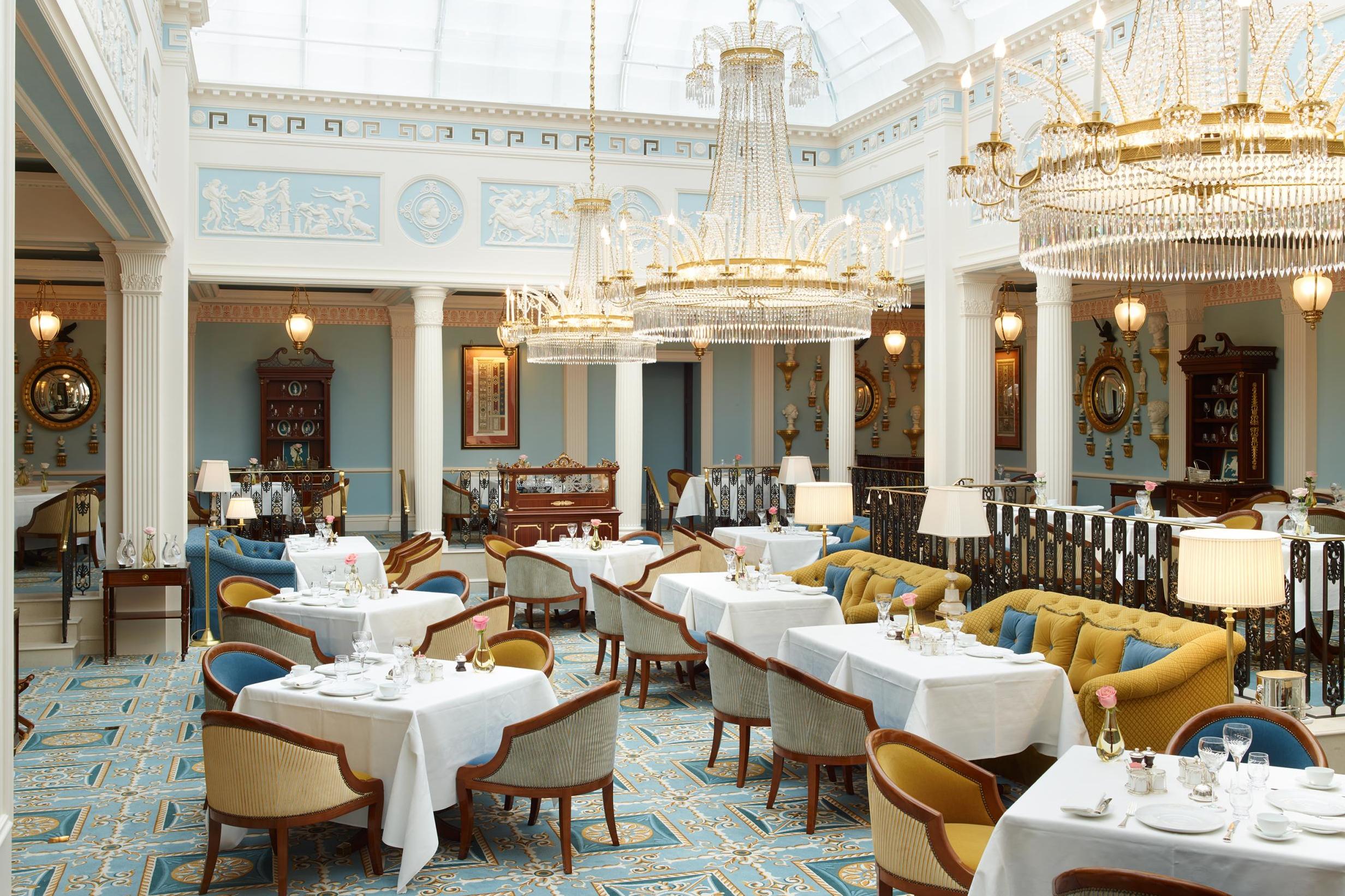 Confidence must also be exuded through body language. Shoulders back, arms to the side, open chest, no slouching, stand tall, shake hands firmly – make sure to meet the eyes of the person you’re shaking with – and smile. Something I didn’t know: standing up out of a chair without having to pull yourself up is a sign of correct posture. The differing rules, and all the potential faux pas that could be made, are relentless, and enough to induce a nervous breakdown in most normal 18 to 25-year-olds. However, some of the directions are more outlandish than others.

Lewis informs me that the section of the body you look at when talking to someone is dependent upon the social situation. In a business setting, you must aim the gaze at the forehead of the person you’re talking to, as this has the effect of tilting your head proudly upwards and generally puffing up your posture (try this and you’ll see how ridiculous it looks). In social situations with friends and acquaintances, your focus shouldn’t move from the area around the eyes and mouth. Rather cheekily, romantic situations allow for a more liberal gaze up and down the body of your potential partner. Lewis makes clear though that this should be done from afar, so as not to make the action too obvious. The science of socialising is tiring.

Next we move onto the politics of networking. The hypothetical situation I’m given is this: in the room you’ve just entered (at one of these mystical networking events I’ve never attended in real life) there’s a group of five people, two others chatting separately, and a person on their own. Who do you go and talk to? My instinct, and I’m guessing that of most others, is to choose the person on their own. No one likes being a loner at social events, and it seems the least scary move when confronted with a roomful of strangers. Well, we’d be wrong. Lewis advises that the optimum networking opportunity is with the group of five – there’s more scope for conversations (and therefore chances to network) and you avoid the possibility of being left alone with someone who’s boring or is of no professional gain to you. It has its own logic, but it’s pretty ruthless nonetheless. Pity the person left to stew on their own. 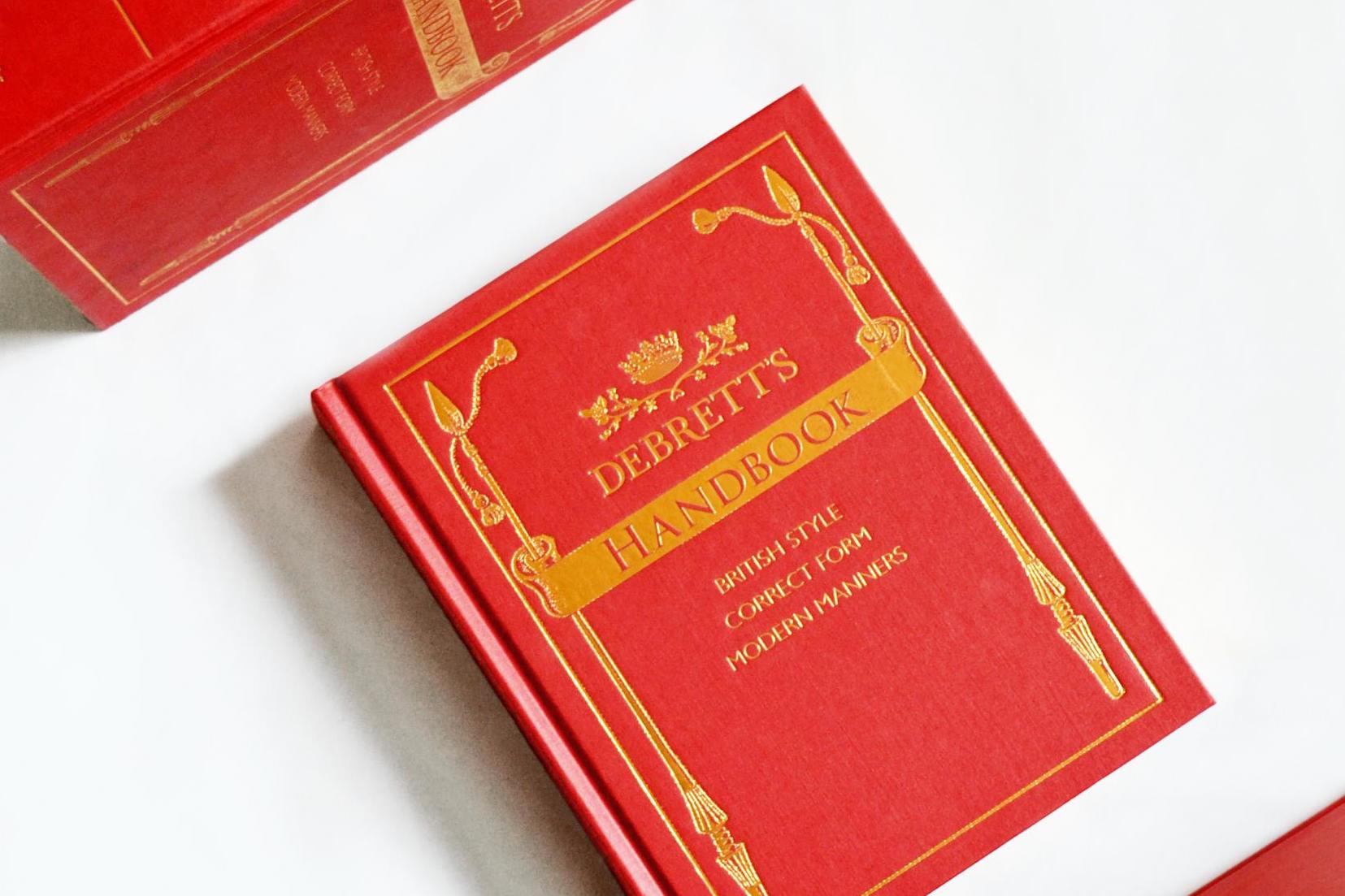 Towards the end of our 90 minutes – after being informed of the importance of calling someone by their right title – one of the PowerPoint slides Lewis shows me immediately catches my eye. It reads: “Avoid small talk about: Sex, Politics, Religion, Class, Money and named people’s behaviour (negative comments/gossip)”. Perplexing. I’m honestly not sure what’s left to talk about if those topics are off the table. How strange it is that anything of any consequence is off limits. This, I feel, sums up the course and its purpose nicely.

It’d be tempting to see all of this as a quaint relic of an antiquated class system – it’s amusing to laugh at the Rees-Moggs of the world with their ridiculous outfits and silly customs. However, just as the Conservative MP’s quirks obscure his backwards politics, the peculiarity of Debrett’s rules make us forget this language in effect cossets the wealthy and powerful, at the expense of the rest of us. While there’s nothing wrong with boosting young people’s confidence before they enter the world of work, the irony is that the youngsters who might actually benefit from this course – those who have the potential, work ethic and ambition to succeed yet lack the “right” upbringing to get on in the world – could never afford it. And the only ones that can already have every advantage money can buy. Jolly good show!

The Professional Finishing School Programme (17-25 years) runs 21 and 22 September 2017 from 10am-4.30pm at The Lanesborough (oetkercollection.com/destinations/the-lanesborough). The price includes a night’s stay at The Lanesborough Hotel and breakfast. For more information contact [email protected]