While the partial government shutdown, which was on course to enter its fourth week at midnight on Saturday, has yet to have a major impact on travel, fears are growing among a cross section of industry professionals that the situation will soon worsen if the impasse fueling the shutdown isn’t resolved in short order.

The sectors of the tourism economy most directly in the crosshairs of the shutdown as of this week were national parks and the U.S. aviation system.

Addressing the situation with the parks, Travel Experts affiliate Caroline Bach Wood said, “I think if this doesn’t get resolved soon, travelers will lose confidence, in which case it will have a huge negative impact on my business as well as that of guides, hotels, restaurants and other services that thrive on national park visitation.”

The parks have been mostly open during the shutdown, but with staff furloughed, volunteers have stepped in to keep trash bins from overflowing. In addition, visitor centers have been shuttered, and mountain roads have not been cleared of snow.

In Utah and a few other places, state and local governments along with nonprofit groups have pulled together funding to help staff and maintain the parks.

Meanwhile, the shutdown has halted or slowed numerous operations related to the country’s aviation system, including training of air traffic controllers, modernization of the air traffic control system and certification and safety oversight procedures conducted by the FAA.

In addition, U.S. Customs and Border Protection has put a halt to interviews for new applicants for the Global Entry program.

But through this week, the impact on the traveling public had been minimal. Despite a spate of media reports about a surge in sick calls by TSA agents, airports were reporting that security lines were normal or only slightly longer than usual. For its part, the TSA has downplayed the impact of the shutdown, even though its agents, as essential employees, have been working without pay.

In a tweet on Wednesday, TSA spokesman Michael Bilello said there had been a 1% uptick in sick calls compared with the same period last year.

On the other hand, the union representing TSA agents warned of escalating morale problems among its members.

Hydrick Thomas, TSA Council president for the American Federation of Government Employees, said in a statement this week, “Some of them have already quit, and many are considering quitting the federal workforce because of this shutdown. The loss of officers, while we’re already shorthanded, will create a massive security risk for American travelers since we don’t have enough trainees in the pipeline or the ability to process new hires.”

Indeed, ramifications of the shutdown were expected to heighten beginning on Friday, when some 800,000 federal workers were expected to miss their first paycheck as a result of the political stalemate.

The shutdown is also taking a toll on air traffic controllers, according to Brandon Miller, the local representative for the National Air Traffic Controllers Association at Potomac Consolidated Tracon, which directs traffic at the Washington Reagan National, Washington Dulles, Baltimore and Richmond, Va., airports.

Impending hardships like those were among the concerns that drove the air traffic controllers association, along with unions and trade organizations representing pilots, flight attendants, aviation manufacturers, airports, commercial airlines and aviation safety inspectors to hold a rally near the U.S. Capitol on Thursday.

Concerns about what might be in store for airport security lines were also leading other industry players to act. The OTA CheapOair, for example, began advising customers this week to arrive for their flights an extra 30 minutes early.

“It’s strictly preventative medicine,” said Tom Spagnola, the company’s senior vice president of supplier relations. CheapOair, he said, does all it can to make sure customers are aware of any pattern that is going to affect them.

Eben Peck, executive vice president of advocacy for ASTA, this week warned of broader impacts on the travel industry if the shutdown does eventually have a substantial impact at airport security checkpoints, which “could cause people to start canceling trips.” 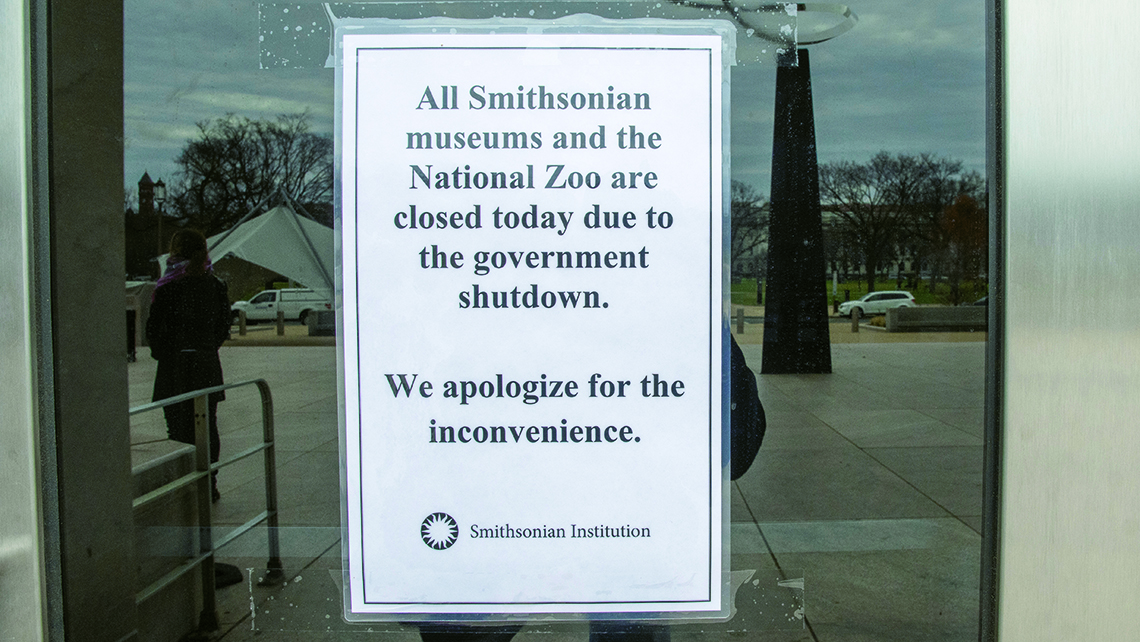 Some in the travel industry have already felt effects from the shutdown. Context Travel offers walking seminars around the world, including in the U.S. Brenna Fleener, Context’s director of marketing, said one of its walks in New York was affected by a few closures, including Federal Hall National Memorial, so the usual route was changed.

Not surprisingly, Washington walks were also affected, with museums and landmarks in the nation’s capital closed, forcing Context to get creative.

“Although we’ve found workarounds, this unfortunately affects most of our tours and prevents travelers from seeing some of these magnificent sites,” Fleener said.

Similarly, G Adventures said that the closure of California’s Joshua Tree National Park had forced it to alter a couple of itineraries that usually include hikes in the park.

The shutdown might also be affecting hotels that get a boost from federal government business. According to data from STR, Washington-area hotels saw several days of consecutive dips in occupancy and in revenue per available room in the first week of 2019.

Between Jan. 1 and Jan. 5, overall occupancy in Washington slipped an average of roughly 16.5%.

Jan Freitag, STR’s senior vice president of lodging insights, said it was too early to tell if the government shutdown had contributed to the decline.

“If this keeps going into the following week and next week, however, then that might be something interesting to look at,” Freitag said.

Coronavirus travel updates: which countries have restrictions and FCO warnings in place?