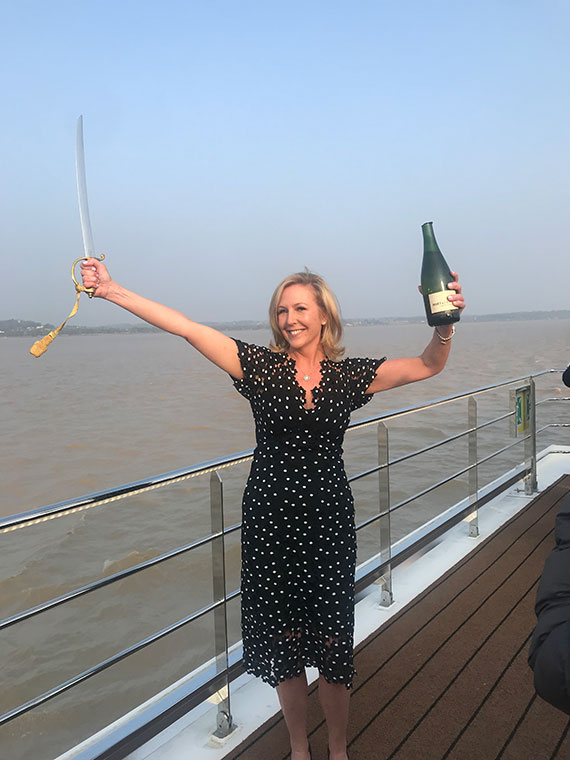 The ship will sail exclusively in the Bordeaux-Medoc region
and, like Uniworld’s other ships, was designed to make guests feel like they
are in the region they are sailing, “whether they are on the ship or off
the ship,” Bettridge said.

Because it was not an official christening, Bettridge marked
the occasion by shearing the top of a champagne bottle with a sword rather than
the traditional smashing of a bottle of champagne against the hull.

The ship passed its final inspection on Wednesday, just in
time to welcome a group of travel professionals for a four-day familiarization
cruise before opening the season for paying guests.

With the overhaul, Uniworld eliminated several cabins to increase
the number of suites from one to four, including two royal suites with
oversized soaking tubs and double vanities.

Like all of Uniworld’s
ships, the Bon Voyage has a gym and spa treatment room and a wellness coach who
leads daily yoga classes and active excursions.

The launch of the ship brings to six the number of Super Ships
in Uniworld’s European fleet.

Here’s How to Help the Bahamas After Hurricane Dorian

How the Government Shutdown is Impacting the Hotel Industry