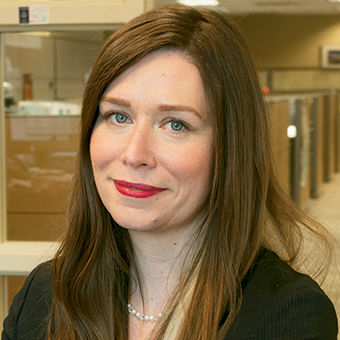 Nearly 20 years later, I still get a thrill when I think about the circumstances that led me, and a handful of travel agents, to be in the same room as Queen Elizabeth II.

To be sure, I was about as far away from HRH as the Queen Mary 2 is long, and there were hundreds of travel and cruise executives and VIPs in the room with me. And it wasn’t even really a room, if you’re being technical; more like a theater, with Elizabeth given a starring role and many of us just lucky to be in the rafters. But that’s what brought me into her presence: The naming of Cunard’s great ocean liner, an event that was so anticipated, so exciting, so memorable, that grown editors at Travel Weekly nearly fought over the invitation (at least, in my mind they did).

The QM2 captivated the entire cruise industry, and its creation, launch and cruising experience is a subject I’ve returned to several times over the years. And even though Queen Elizabeth was at the QM2’s ceremony for only a short time and spoke less than two dozen words in public, her presence was overwhelmingly large. “When you’re in the presence of Her Majesty the queen, it just takes it to another level,” Peter Shanks, who was senior vice president of Europe for Cunard, told me in 2014.

With the queen’s death last week, I can relate to the great pull that brought thousands of Britons to stand in line for hours to view her coffin; thousands to line the streets for her funeral; millions to watch the events on television.

So much has been written this past week about her life and legacy that I’ll only focus on her relationship with Cunard which, as the company notes, dates back to 1938, when she accompanied her
mother to the launch of the Queen Elizabeth. She also christened the
Caronia in 1947 and, more famously, the Queen Elizabeth 2 in 1967, which became the line’s flagship, carrying passengers across the Atlantic in elegance and also serving as a troop carrier.

A video
produced several years ago by Vanity Fair asked British actors to name
their favorite member of the royal family. “It has to be the queen,”
shrugged Jeremy Irons. “She’s the top.”

And when the Queen Mary 2 neared its launch in late 2003, it became clear: No godmother would do except the woman at the top.

Still, it wasn’t a slam dunk that she would say aye. Among any number of reasons for saying nay, the ship’s naming ceremony coincided with her annual winter vacation at Sandringham in Scotland.

Gerry Ellis, now Carnival Corp.’s vice president of safety, security and health compliance, but back then Cunard’s director of new builds, remembered it, too. “I was aware of all the incredible planning for the naming ceremony and how we had asked Buckingham Palace for the honour of having the Queen name the ship,” he wrote in an email. “The response from the palace did not come back quickly, and we weren’t sure she would agree, yet we continued to plan and had high hopes. There were many anxious faces among the planning team while we waited.

“Of course, as we know, she finally did indeed agree, and the event itself was absolutely incredible,” he added.

On the ship for the ceremony in January 2004, I remember being thrilled that my cabin faced the pier, which meant that if I timed it right, I might sight the queen when she arrived. And that’s what I did: For a long time I hid out on my balcony, which was carved out of the ship’s steel superstructure, feeling very cold, until a small fleet of Her Majesty’s black cars drove up to the gangway.

Waiting to receive them was Cunard president Pam Conover. The QM2’s hull is huge, befitting a true ocean liner, and I was a long way from the pier. But when Elizabeth stepped out, I knew. I just knew.

The queen walked to the ship, and Conover dropped a curtsey. In an interview for our 10-year coverage of the QM2, Conover, an Englishwoman herself, told me that in that moment she was “afraid I was going to fall over when I curtseyed.”

“But she was so charming,” Conover said.

After the party entered the ship for a tour, I abandoned my balcony and hurried to the public rooms, where there was a flurry of excitement. “Prince Philip, Prince Philip,” went the buzz, and soon he appeared, walking through the ship with Carnival Corp. executive Howard Frank.

Ellis said Elizabeth was introduced to the crew and to Cunard’s shoreside management. “I will always remember how gracious and friendly she was, and she had a relevant question for anyone she was introduced to, listening carefully to every answer,” he recalled last week.

Shortly after sighting Philip, guests were asked to disembark the QM2 to make our way to the pierside stage for the ceremony itself. The program lasted for an hour and included music, speeches, the queen’s personal bagpiper, blessings and more. Arnie Weissmann wrote at the time that he realized the
“true benefit of hanging out with the
queen… ultimately you get to see the finest musicians and singers in
Britain make their best efforts to entertain her.”

The queen made no speeches other than her official blessing, which was
the cue for the bottle to be released against the ship’s hull. The monarch and her entourage left shortly after, but gala celebrations continued long into the evening.

I never got any closer to Queen Elizabeth II than those seats in the rafters. But others have. Carnival Corp. chairman Micky Arison has met her more than once, as she did the naming honors for Cunard’s Queen Elizabeth in 2010 and P&O Cruises’ Britannia in 2015.

And will we see other royals as godmothers? Camilla, now the queen consort, is the godmother to a Saga ship. And future Queen Kate, now the Princess of Wales, fittingly named the Royal Princess. After all, Cunard’s Queen Anne is on the horizon.

But perhaps there will be no godmother quite like Elizabeth.

The Most Famous Holiday Decorations in the World