Signia’s ballrooms, restaurants, bars, lobbies and
guestrooms will be designed “so groups of any size can optimize work time
and collaboration time and spark their most innovative thinking,” Hilton
said. The brand will focus on urban and resort markets worldwide.

At an event unveiling the brand, Hilton senior vice
president and global head of full-service brands Dave Marr said Signia was
created in response to owners and developers identifying a gap in the meetings
and events sector. 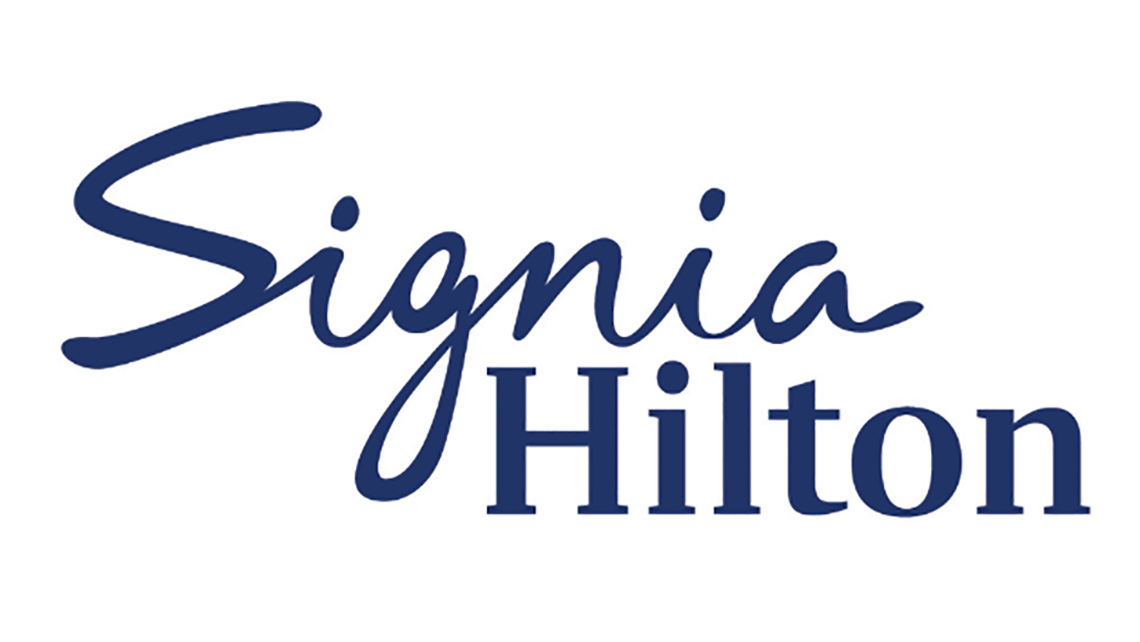 “[Owners] told us loud and clear that Hilton had an
opportunity to create a brand that was above their flagship brand, but not
quite in the luxury space,” said Marr, adding that Signia will be
positioned a step above Hilton, but just below the Conrad, LXR and Waldorf
Astoria flags. “We immediately started conversations with our meetings
customers and Hilton Honors members, and they wanted more flexibility, more
daylight. They also said technology was a big piece, [as well as] a focus on
the culinary experience.”

Each Signia property will have a minimum of 500 guest rooms,
with around 75 square feet of meeting and event space per room. The concept showcases
impressive lobby areas, creating an “arrival moment” with art or
water or light features, and relatively large guestrooms, along with
digitally-connected spaces, allowing guests and planners to control temperature
and other features in their rooms and meeting areas via mobile app.

Other signature elements are a locally influenced
destination bar, typically integrating outdoor space, and a chef-driven
restaurant. The Signia brand will also include a premium wellness platform,
comprising spa offerings and fitness classes.

Signia’s inaugural opening will be in Orlando, following a
conversion of the Hilton Orlando Bonnet Creek. Subsequent new hotels are slated
for Atlanta and Indianapolis, with the former to feature 900 to 1,000 rooms and
the latter 815 rooms.

According to Hilton CEO Chris Nassetta, Signia’s launch
comes at a time when meeting and event demand continues to surge, and the
supply of new, unique meeting spaces remains limited.

“Short-term trends are phenomenal for meetings and
events, and the long-term trends are fantastic not just in the U.S., but around
the world,” said Nassetta. “And the largest hospitality markets in
the U.S. and in Europe, in a sense, missed a generation of the construction of
big hotels that have meeting space. With the Great Recession, the economics
haven’t supported the construction of these types of hotels. So when meeting
planners say to us that they want something new and different, part of that is
because they’re dealing with spaces that are one, two or three generations old.”

Signia is the 17th brand in Hilton’s portfolio.

Hurricane Humberto: As tail-end of storm batters Britain will it affect your travel plans?

Silversea Cruises christens the Silver Origin in the Galapagos