Home » Travel » Window on the Wirral: Discovering the joys of an overlooked peninsula

Window on the Wirral: Discovering the joys of a much overlooked peninsula, which delivers history, culture, cycle rides and watersports

The view is a little underwhelming as we emerge, blinking, from the murk of the Kingsway tunnel — the toll road that links Liverpool to the east of the Wirral peninsula.

Frankly, the river looks as brown as sludge, and the tangled debris of rested shipyards less than appealing as we motor for ten minutes towards the ferry station at Seacombe to use the car park. But as we gather our knapsacks and turn our shoulder to the wind, the disappointment falls away.

We pause for a moment to look across the water to the three edifices that provide the signature for the Liverpool skyline: the Royal Liver Building, the Cunard Building and the Port of Liverpool Building — known collectively as The Three Graces. 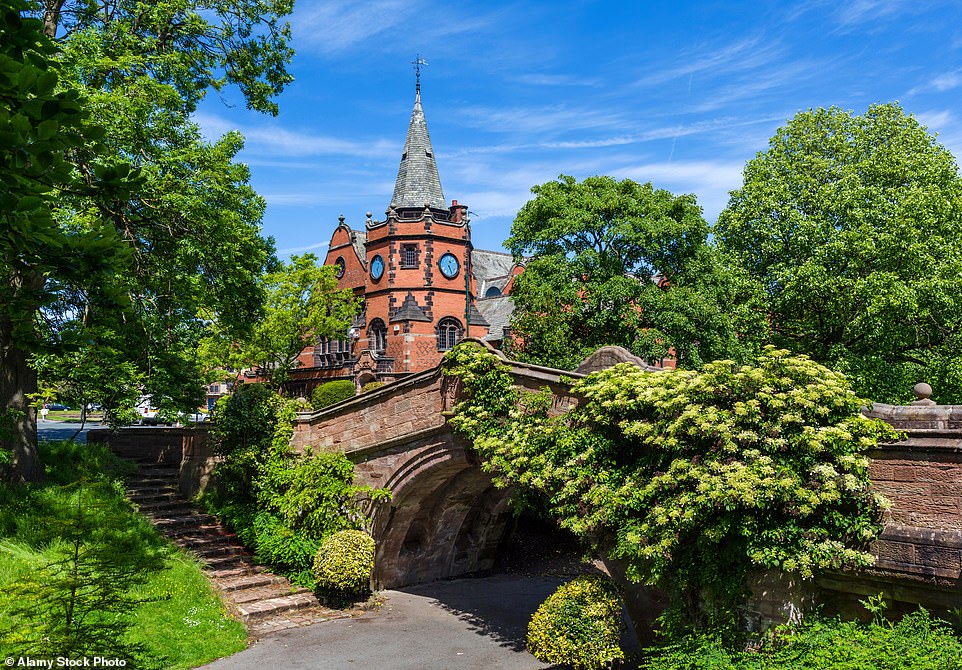 Gentle charms: The Wirral has many pretty diversions, including Port Sunlight village

But they are for another day. Instead, we march forward to the starting point of the Wirral Coastal promenade, a broad walkway that snakes around the headland to the mouth of the River Dee.

The Wirral peninsula is much overlooked. Perhaps it’s because this 15-mile finger of land, bookended by the Rivers Mersey and Dee and crowned by the Irish Sea, lies close to the seaside attractions of North Wales.

But the thirst for less well-trodden places has become increasingly apparent, and the Wirral certainly delivers: history, culture, walks, cycle rides and beach.

For history, we need only walk two and half miles along the promenade to New Brighton. Here, we find the wave-splashed Fort Perch Rock, a former defence built in 1829 at the mouth of the Mersey.

It seems an odd place for a fort. But Liverpool merchants, concerned about invasion by the French during the Napoleonic Wars, put forward the idea and it stands next to the splendid Perch Rock lighthouse. 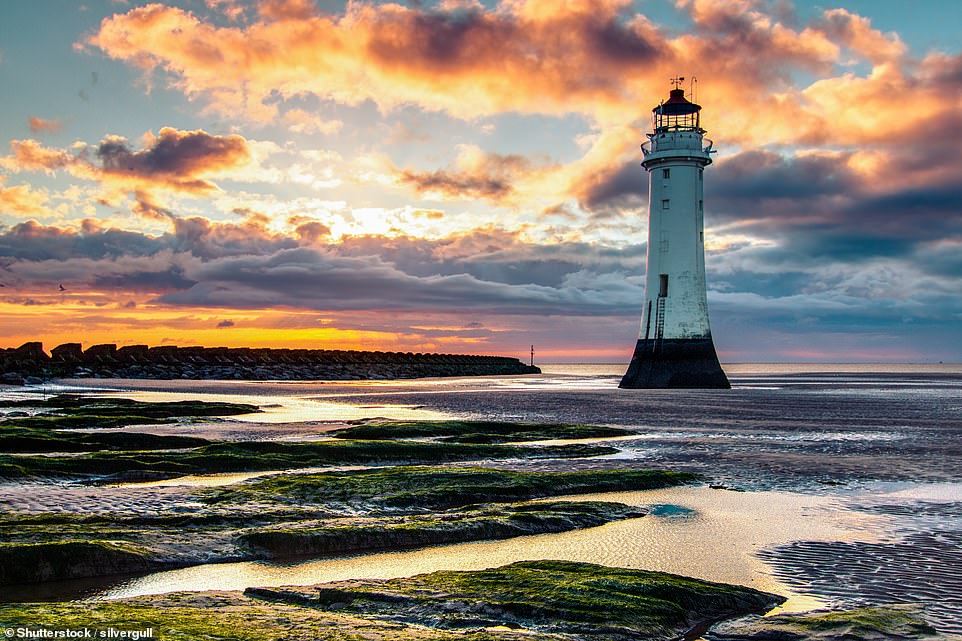 It’s hard to believe this was once a popular seaside resort with bandstands and the tallest building in Britain: the 567ft, New Brighton Tower (dismantled after World War I). Following a steady decline from the Seventies, the area has since been revamped with restaurants and a Travelodge.

We find a bench and gaze across the river to the Liverpool docks. Further on are countless sandy beaches — not least Leasowe Bay, a wide stretch backed by a sea wall and pimpled with dunes.

We stop for a lolly from a dawdling ice cream van. And we tell ourselves that next time we’re going to book into the Leasowe Castle Hotel — originally built in 1593 by Ferdinand, 5th Earl of Derby. It would be quite something to wake up to such a wild view. 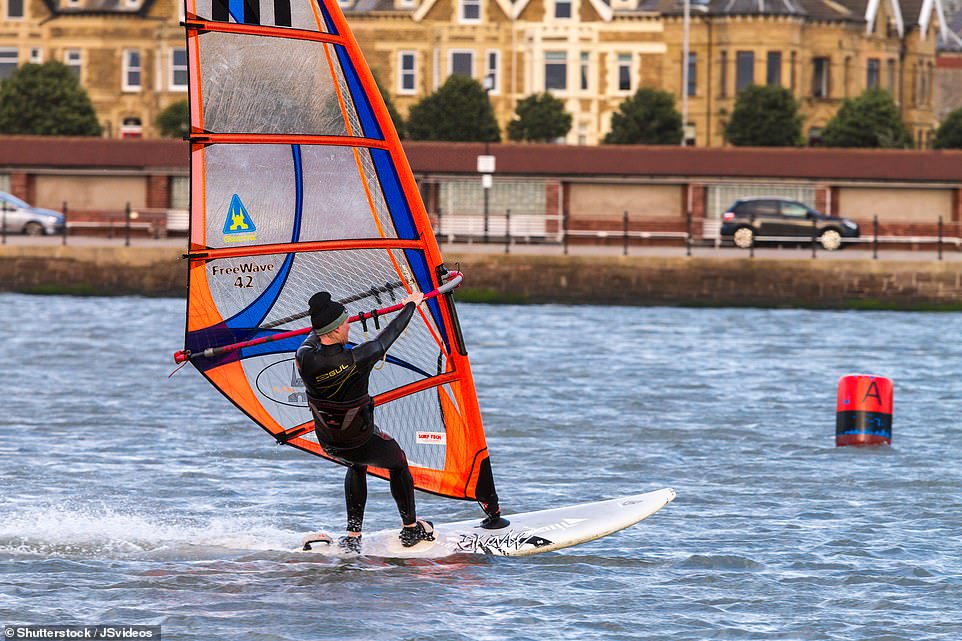 West Kirby is a hotspot for watersport lovers, sailing and windsurfing on the 52‑acre man-made Marine Lake

B&B doubles at Leasowe Castle from £70 (leasowecastle.com). See visitwirral.com for more places to stay and information on walking and attractions.

On another day we drive on to West Kirby on the north-west corner of the peninsular and the end of the promenade. This town is a hotspot for watersport lovers, sailing and windsurfing on the 52‑acre man-made Marine Lake.

But we prefer bracing experiences without getting wet. Thanks to tide and timing, we cross the Wirral Estuary by foot from West Kirby beach. This is a two-mile walk to Hilbre Islands, three tidal islands lying at the mouth of the Dee Estuary.

This archipelago is a magnet for birds such as meadow pipits, willow warblers, swallows and wheatears. You may also see the occasional grey seal (we didn’t).

While it is tempting to stay at West Kirby, there are so many other places. Not least Wirral Country Park, home to the former West Kirby to Hooton railway. The model village of Port Sunlight (home of the eponymous soap) is another delightful day out, with 900 grade-II listed buildings surrounded by fields and woodland.

Returning to our home in Manchester, faces pink from the breeze curling away from the Irish Sea, we’re exhausted and uplifted. Who knew getting away from it all meant you don’t really need to get that far at all.

How I Survived Disneyland While Pregnant . . . and With a 4-Year-Old