Couple reached a junction in life – and decided to turn an old railway signal box in Devon into a luxury holiday let (which can shunt their earnings up by £1,000 a week)

A couple who gave up their careers in the RAF to buy a former railway station are now making a lucrative living after turning its old signal box into a holiday let.

Richard and Nikki Curzon moved into the converted station at Loddiswell, Devon, five years ago with their two children and set about transforming the small railway building into a rental cottage.

They now let the quirky two-bedroom cottage out for up to £1,000 a week. 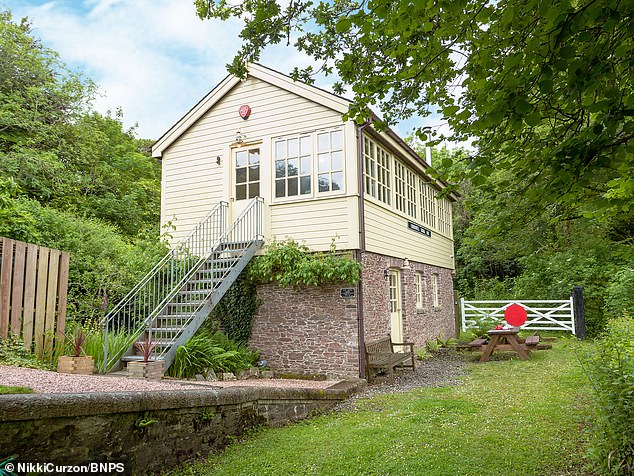 Richard and Nikki Curzon bought the old Loddiswell railway station in Devon in 2014 for £700,000 and refurbished it to a stunning standard

The self-catering accommodation has an occupancy rate of 90 per cent, which allows the couple to run it as their full time job.

The Curzons live in the main four-bedroom house, which used to be the ticket office, waiting room and toilets at the old countryside station.

The station was on the so-called Primrose Line, a picturesque route from South Brent to Kingsbridge that spurred off the main Exeter to Plymouth line.

Like many rural railways, it was closed in 1963 as part of the infamous ‘Beeching cuts’ – a reduction in route network and restructuring of the railways in Great Britain, as proposed by Dr Richard Beeching, the former Chairman of British Railways. 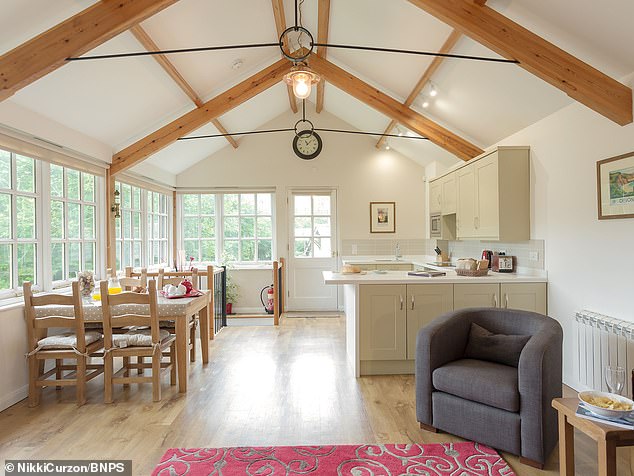 The couple, who both used to be in the RAF, said they spent £20,000 on refurbishing the property and now rent out The Signal House (pictured) while they live in the main building that used to be the old ticket office and waiting rooms 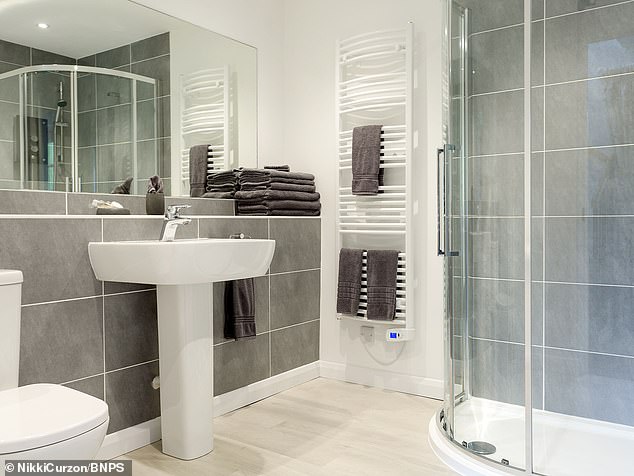 The quirky two-bedroom property can fetch up to £1,000 a week and is popular because visitors are now seeking more ‘experience-based lettings’, according to Cottages.com

The old platform and track bed has long since been grassed over and now forms part of the 4.5 acres of gardens to the property.

The Curzons bought the converted house for £700,000 in 2014 and now rent the Signal House out through cottages.com.

‘In particular we have seen an increase in demand for stays in converted churches and chapels, railway properties, turfed roof dwellings, folly and toll houses.

‘Interestingly, we have found the annual income is around 45 per cent higher for owners who let such interesting properties.’

Mr Curzon, 45, served in the RAF police while his wife was an engineer. 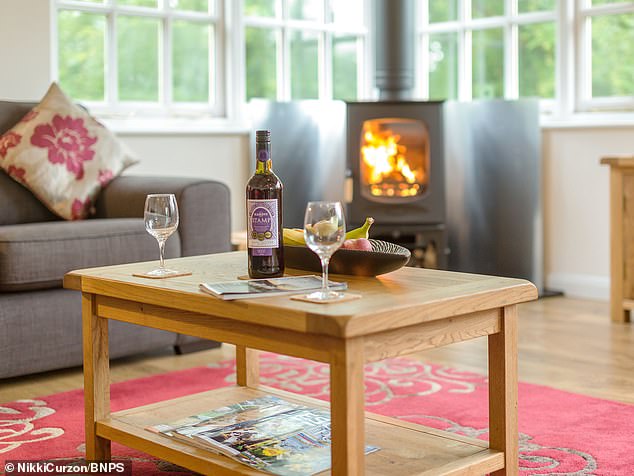 The self-catering accommodation has an occupancy rate of 90 per cent, which allows the couple to run it as their full time job 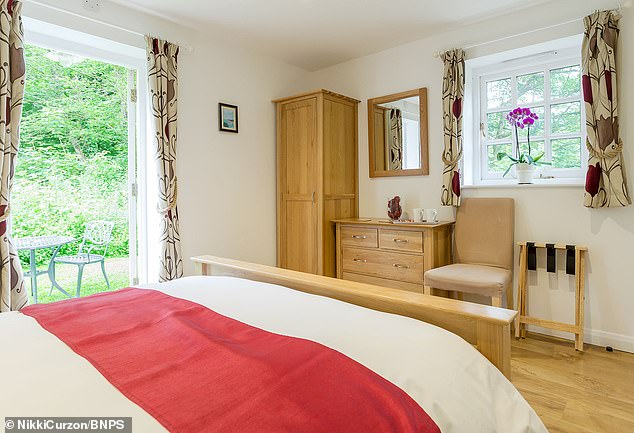 They said they became fed up with having to disrupt their family life by moving around with the service.

He said: ‘My wife and I reached the stage a few years ago where we didn’t think service life and being away on tour was right for our young family. There was a lot of disruption with schooling.

‘For a while we discussed running a business from home and then saw Loddiswell Station for sale online.

‘We have no real connection to Devon but we were both taken with it.

‘At the time there was no planning permission in place for the Signal Box to be used as a self-catering business.

‘I’m not sure what we would have done if it wasn’t granted but luckily it was.’ 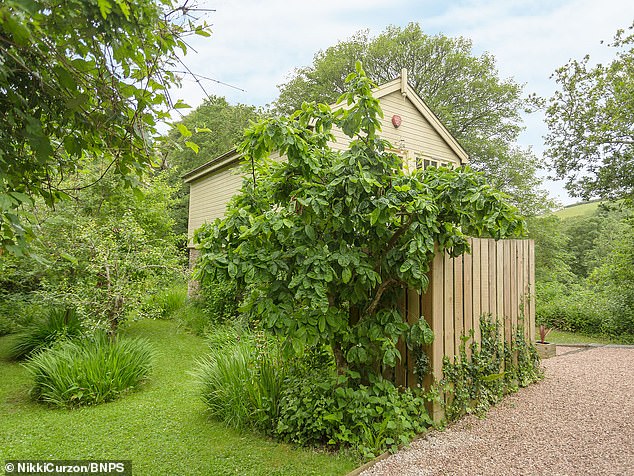 The station was on the Primrose Line, a pretty route from South Brent to Kingsbridge that spurred off the main Exeter to Plymouth line. Like many rural railways, it was closed in 1963 as part of the infamous ‘Beeching cuts’

It cost the Curzons about £20,000 to refurbish and the Signal Box now has two bedrooms, a shower room on the ground floor and an open-plan living area and kitchen upstairs.

Mr Curzon said: ‘Being self-employed has some great perks. The location is wonderful, the walks on our doorstep and woodland and river are fantastic for the kids and our guests alike.’

The Signal Box costs from £565 a week to rent and can be booked through www.cottages.com.

Covid 19 coronavirus: Fear and isolation in Las Vegas in pictures

All Travelers to U.S. Will Need Negative COVID Test