Home » Travel » The 50 coolest neighbourhoods in the world named, Peckham is 11th

The 50 coolest neighbourhoods in the world revealed: Embajadores in Madrid is the hippest and PECKHAM in London is ranked ELEVENTH

The coolest neighbourhoods in the world have been named by the influential Time Out guide, and it’s Embajadores in Madrid that takes the top spot.

But it’s the area that’s come 11th that is the most interesting – Peckham, in London. It’s a part of the UK capital that was once a byword for decay and the butt of jokes – and indeed featured in sitcom Only Fools and Horses – but is now lined with video arcade bars, cult nightclubs and street food pop-ups.

The list was put together by local Time Out editors, city experts and 15,000 people surveyed across the world and also features the likes of Fitzroy in Melbourne, Enmore in Sydney and Highland Park in Los Angeles. Here we put the spotlight on the top 13 – in order of coolness. 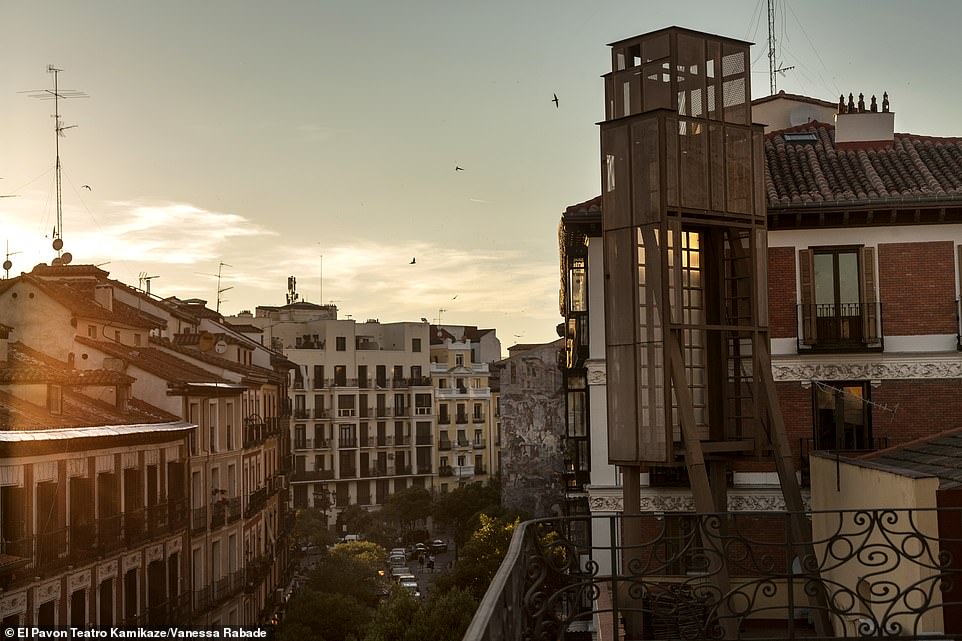 In Embajadores, Visitors can dine on divine Moroccan lamb tagine for an absurdly low price or Indian specialities served atop a flowery oilcloth and relax with a cocktail in the legendary Sala Equis, a former adult cinema that is now a drinking hole

The guide says: ‘This is where people from near and far live side by side, cooking up a bustling cultural life. To the north, Plaza Tirso de Molina is home to florists by day, and at night fills with revellers queuing to get into Medias Puri, the city’s club of the moment.

‘To the south are two huge cultural centres, Tabacalera and La Casa Encendida. In Embajadores, Visitors can dine on divine Moroccan lamb tagine for an absurdly low price or Indian specialities served atop a flowery oilcloth and relax with a cocktail in the legendary Sala Equis, a former adult cinema that is now a drinking hole.’ 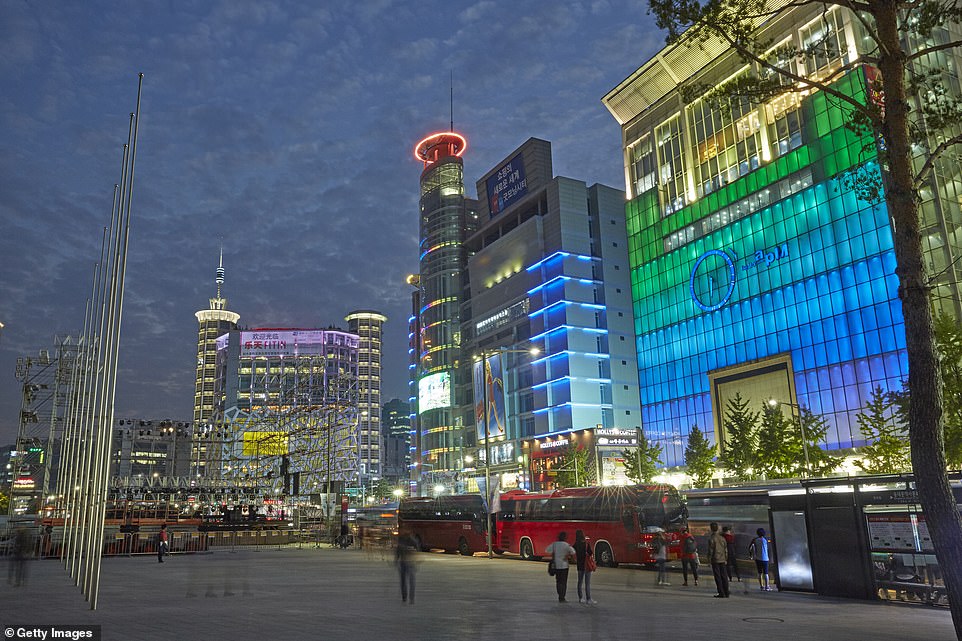 It continues: ‘Made up mostly of printing presses, warehouses and old-school fried chicken eateries, this neighbourhood has become the latest hotbed of hidden bars, restaurants and cafés.

‘At night, printers pore over tomorrow’s papers and trendy kids crawl into seemingly abandoned warehouses. Bedazzled with neon signs and indie-music posters, Seendosi is a bar located on the fifth floor of an apparently derelict warehouse; the prelude to getting here includes walking up four flights of pitch-dark stairs.’ 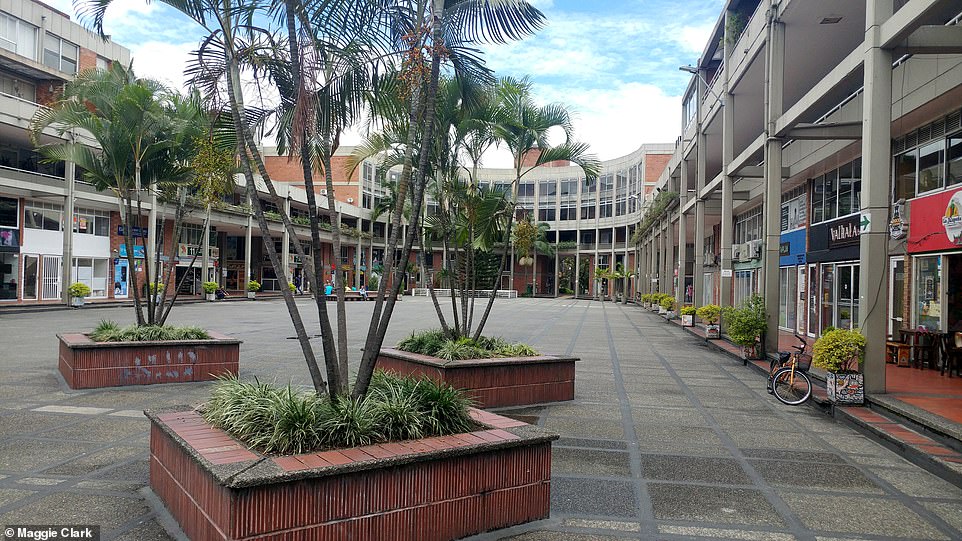 Medellín’s rockers, punks and metalheads thrive in Nueva Villa de Aburrá where every day La Villa – a horseshoe-shaped plaza – transforms from a stately promenade to a throng of music-loving youth, says Time Out.

Over the years, the guide continues, this neighbourhood has established itself as a place that celebrates new traditions – think annual hot sauce and electronic music festivals or the Los Molinos shopping centre, where monthly staged spectacles (dinosaur amusement parks; superhero-themed gladiatorial contests; fairy-tale swan rides) add a touch of whimsy to community living. 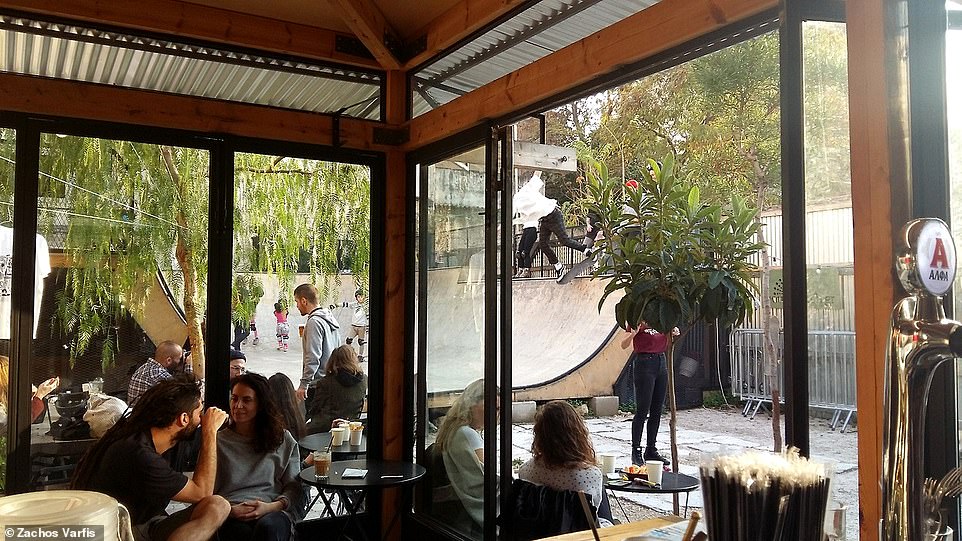 Metaxourgeio neighbourhood is being revived thanks to a diverse group of artists and activists, encapsulating young Athenians’ creative energy, says Time Out

Abandoned for years, the once-grand Metaxourgeio neighbourhood is being revived thanks to a diverse group of artists and activists, encapsulating young Athenians’ creative energy, says Time Out.

It continues: ‘Crumbling neoclassical buildings have been emblazoned with murals, shabby-looking brothels and neglected houses have given way to bars and tavernas that hum with activity until the early hours.

‘There are exhibitions, film screenings, workshops, parties and one highlight is LaTraac – an adults-only skate bowl that transforms into one of the city’s coolest hangouts come nightfall thanks to an outdoor bar and regular DJs.’ 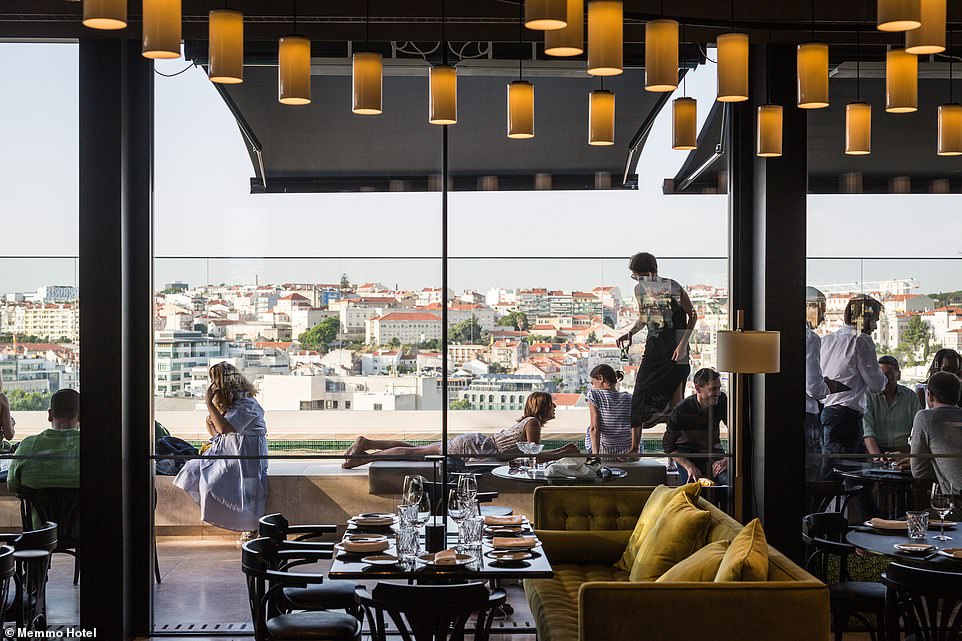 There are not only amazing restaurants from tapas to ceviche, cool bars, stores (one of them, Vintage Department, has a stuffed polar bear greeting customers) and art galleries everywhere in Princípe Real – this neighbourhood is also home to brilliant club nights, says Time Out.

It continues: ‘Those looking for great cocktails should head to Cinco Lounge to relax on sofas and savour some of the 100 drinks on offer such as Madagascar bourbon with vanilla vodka and fresh pineapple.

‘Every Saturday, an organic fair with little stalls brings a bit of country life to this neighbourhood.’ 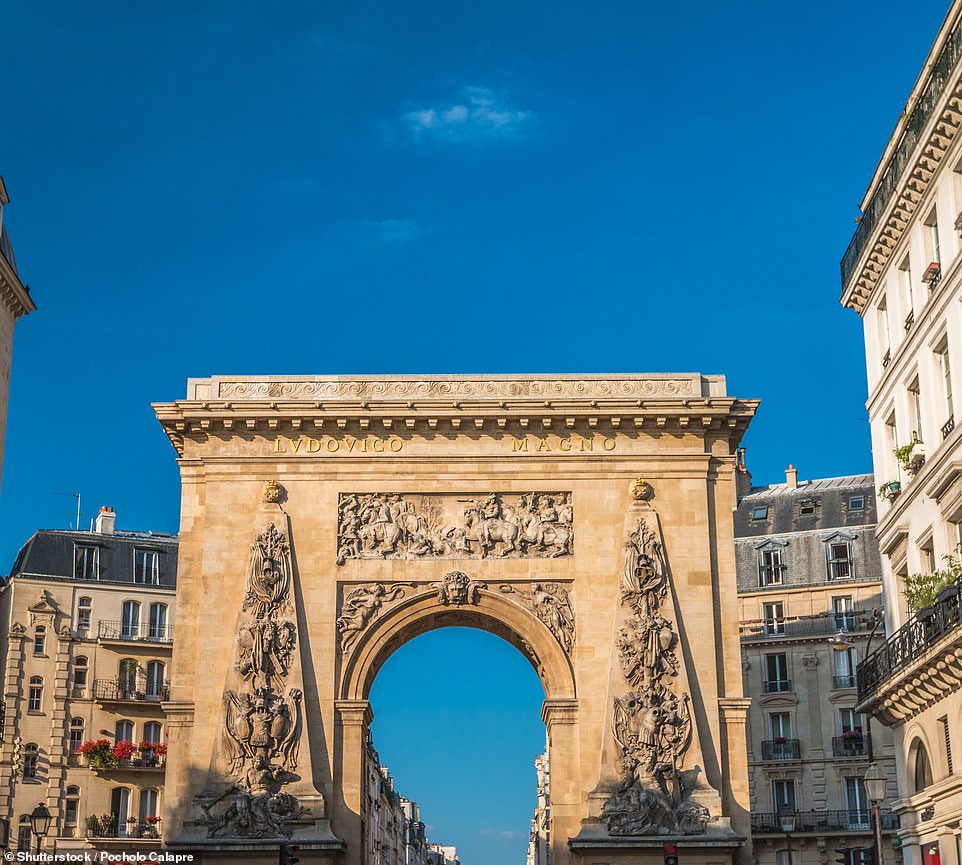 In Strasbourg-Saint-Denis, says Time Out, the trendiest gourmet restaurants rub shoulders with greasy spoon cafés and some of the city’s oldest establishments

The historic cradle of Paris’ Kurdish and Indian communities, Strasbourg-Saint-Denis has a unique style: a brilliantly surreal mess, says Time Out.

It adds: ‘The trendiest gourmet restaurants rub shoulders with greasy spoon cafés and some of the city’s oldest establishments, like Brasserie Julien, classified as a historical monument.

‘At La Mano club, DJs and live artists swing sounds from salsa to nu-disco, and the crowd is just as eclectic: guys in Supreme, girls in Céline, hip hop royalty and old-school bohemians.’

Neukölln is a neighbourhood that is constantly reinventing itself and revels in its originality, states Time Out.

It adds: ‘What was once abandoned is made new, turned from wasteland into the latest smoke-filled bar, vegan café or unmarked gallery – all independently run.

‘On Weserstrasse, bars like TiER and Ä serve art, performance and booze and on Maybachufer, locals laze by the canals and wander the Turkish market. 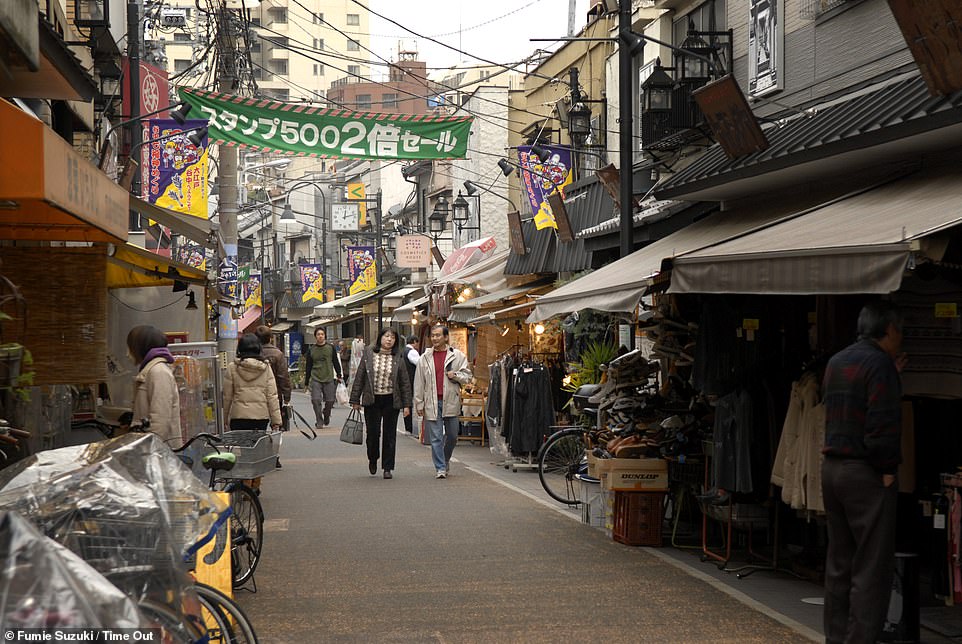 In Yanaka, some of the city’s best restaurants, artisan workshops and galleries co-exist with magnificent temples and shrines

Yanaka is cool, says Time Out, but in an unassuming way and even though it is right next to the busy tourist hub of Ueno, this neighbourhood remains tranquil.

It continues: ‘Always having captivated visitors with its antique atmosphere, a new creative energy has been breathing new life into its streets and buildings recently, without altering its old-world allure.

‘Some of the city’s best restaurants, artisan workshops and galleries co-exist with magnificent temples and shrines. Modern art gallery Scai The Bathhouse shows cutting-edge exhibitions by local and international artists in an over 200 years old former bath house.’ 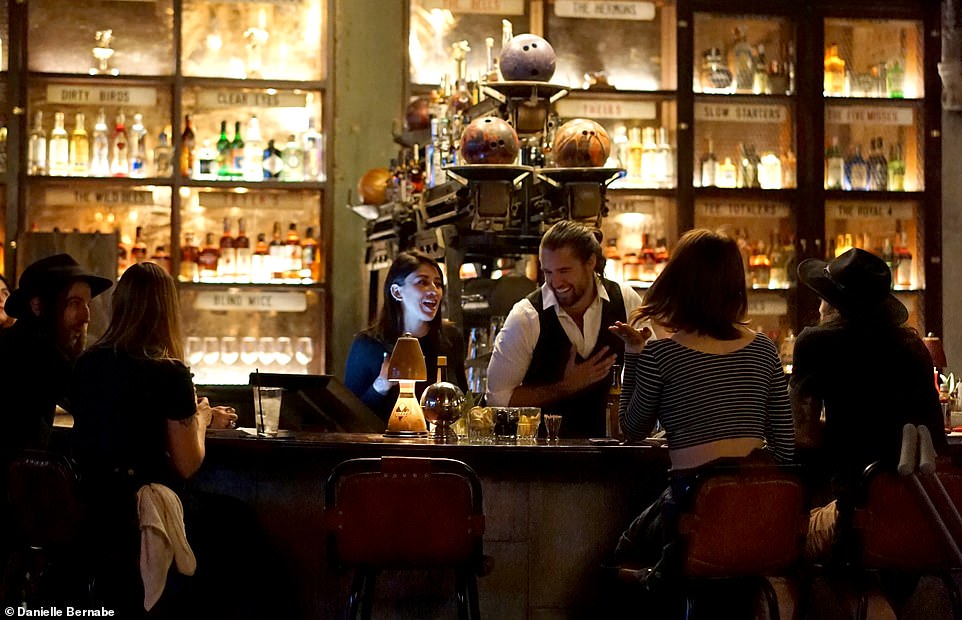 Highland Park – LA’s leafy, low-key neighbourhood – has shed its former dive-bar vibe to become a hub of handsome cocktail spots and the city’s most exciting nightlife scene, says Time Out.

It continues: ‘While York Boulevard has been buzzing with gastropubs for a while now, the recent arrival of vegan cafés, limited-batch dumplings and an order-by-the-ounce pizza shop have turned Figueroa Boulevard into an aspiring dining destination.

‘One culinary highlight is Otoño, thanks to chef Teresa Montaño’s fresh take on Spanish tapas, with dishes like tuna and anchovy goat butter and farmers’ market vegetable paella.’ 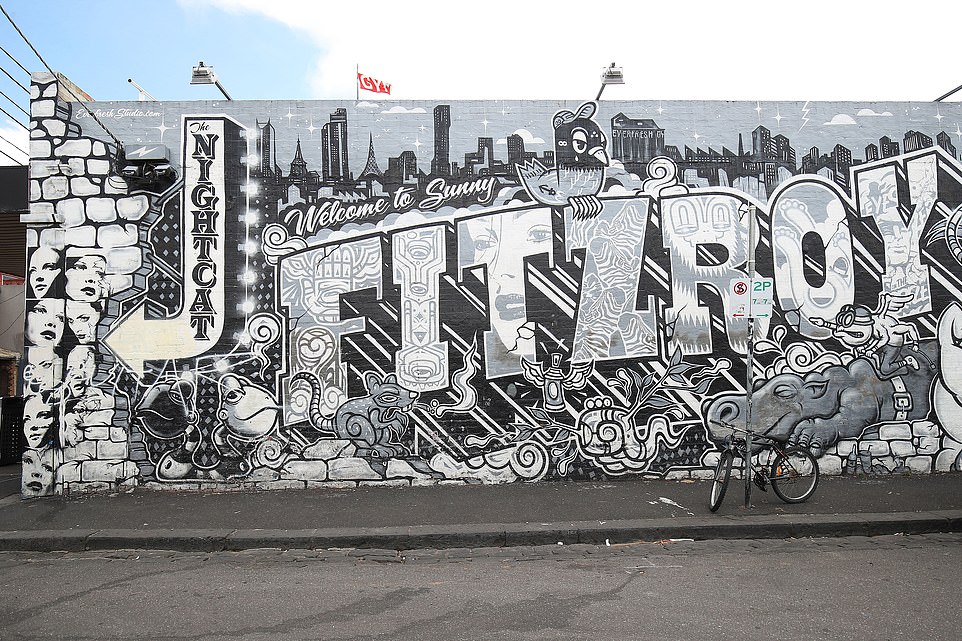 Fitzroy is where Melburnians shop for designer brands and vintage clothes, records and quirky finds

Fitzroy turned from a working-class suburb into Melbourne’s artistic haven, says Time Out.

It continues: ‘This is where Melburnians shop for designer brands and vintage clothes, records and quirky finds.

‘New street art magically appears on walls throughout Fitzroy and Australia’s top chefs, newbies and bartenders open up restaurants, cafés and bars seemingly every week. At the weekend, Rose Street Artists’ Market visitors can browse clothing, jewellery, paintings, sculpture and designs, and meet the people who made them.’ 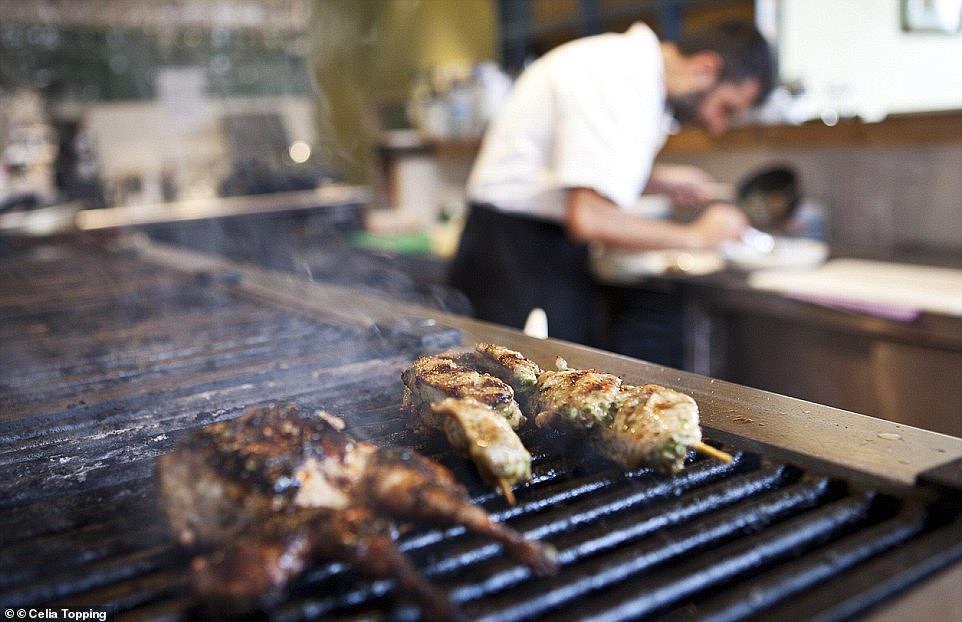 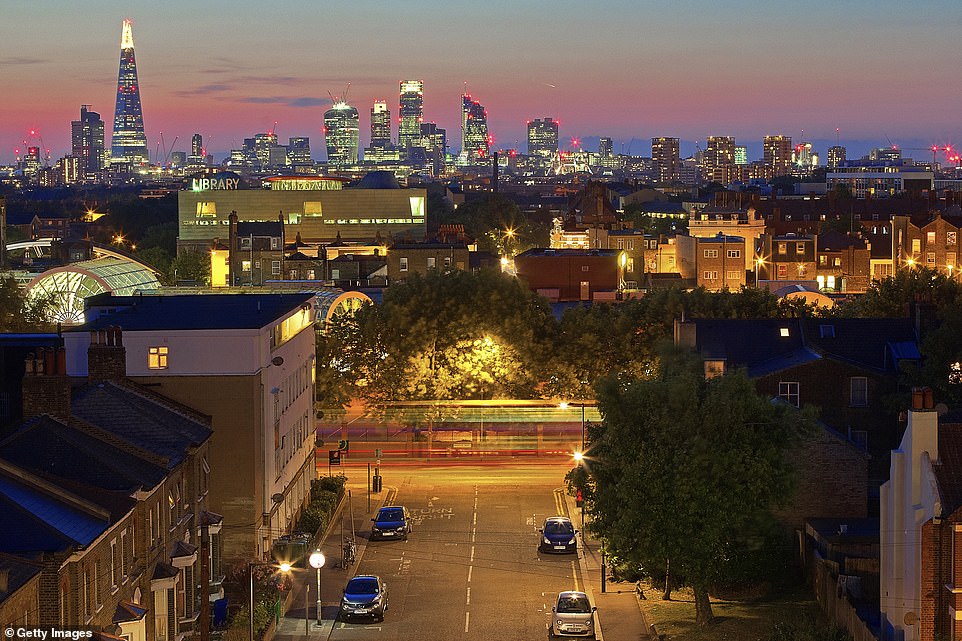 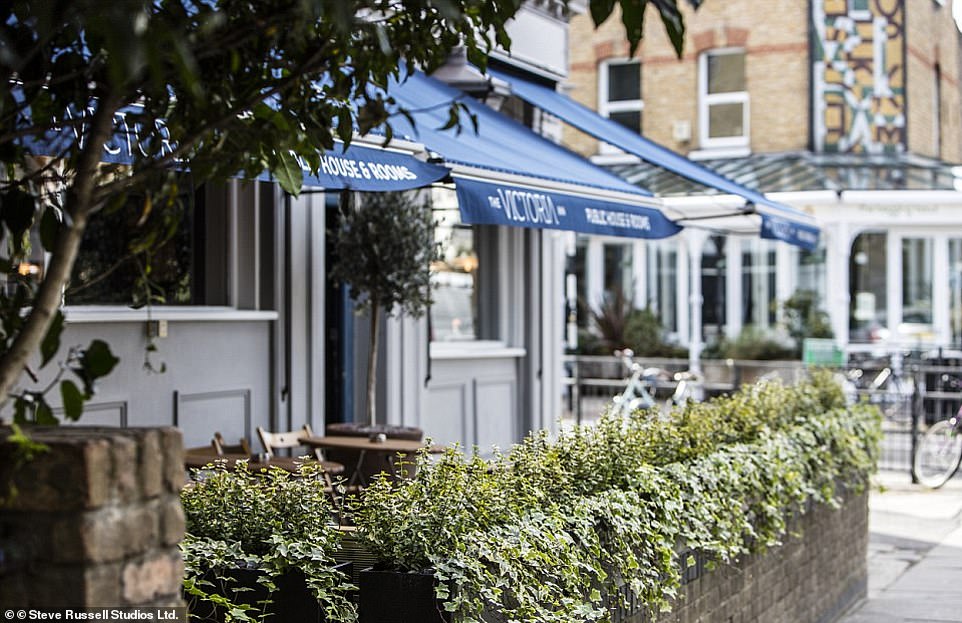 Pictured is the Victoria Inn in Peckham, which sits on the corner of one of the trendiest streets in the area – Bellenden Road

Over the last few years, Peckham has cemented itself as one of London’s preeminent cultural hot spots.

Its rise up the hipster-o-meter has been meteoric, in fact.

Time Out says: ‘Streets once associated with the sitcom Only Fools and Horses are now lined with video arcade bars, cult nightclubs and street food pop-ups. With some of the most reputable arts colleges just a bus ride away, the area has become a breeding ground for south-east London’s creative scene while staying true to its multicultural roots.

‘One of the top places to visit is Peckhamplex which is stuck in the ’90s in a good way with its retro decor: tickets at this multi-screen cinema are a cheap £4.99.’

Peckham is also home to one of London’s very best restaurants – Peckham Bazaar.

With its industrial roots, Noord is decidedly not attracting many of the millions of tourists visiting Amsterdam.

Time Out says: ‘Locals are drawn to the area because there is no overcrowding, the rent is relatively affordable and there is a sense of experimentalism.

‘It only takes a free ferry service across the River IJ to be greeted by head-turning landmarks like the futuristic Eye Filmmuseum and A’dam Tower (where, on the rooftop deck, Europe’s highest swing offers breathtaking city views). Closeby is NDSM Wharf, a former shipyard turned art and culture hub which is home to culinary hotspot Pllek and hosts Europe’s biggest monthly flea market, IJ-Hallen.’

Formerly infamous for seedy street scenes, Ancoats has emerged from the ashes of its industrial past to become the hangout of choice for Manchester’s cool kids, says Time Out.

FROM PECKHAM TO LA: THE 50 COOLEST NEIGHBOURHOODS IN THE WORLD

Walter Cho Appointed as Chairman of SkyTeam Alliance Board ·