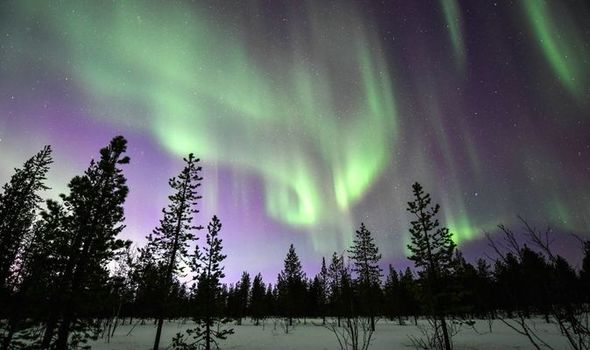 It also emerged the average Brit now has eight things they want to accomplish on their travel bucket lists – which, for 31 percent, is more than they would have pre-Covid.

Despite this, 38 percent admit to visiting the same destinations over and over again – as they know what to expect.

A spokesman from Medicspot, a government-recognised Covid test provider which commissioned the study, said: “Despite all the travel disruption caused by the pandemic, our love for travelling certainly hasn’t dampened.

“We all have a list of things we want to accomplish – and, if anything, the pandemic has made us realise how important it is to stop thinking about them and start doing them.”

The study also found that after 37 percent were forced to cancel a foreign holiday due to the pandemic, nearly four in ten have a list of things they want to do and places they want to visit once all restrictions are lifted.

And 41 percent claimed that thinking about these things helped them mentally during the pandemic.

For 45 percent, Covid has made them open to trying new experiences, and over half (53 percent) reckon they’ll have ticked off more from their “travel bucket list” than their parents ever did.

It also emerged that after losing two years to the virus, 62 percent would like to visit new destinations instead of their usual holiday spots.

Almost two-thirds want to make new family memories, while 58 percent want to make up for lost time, and half have a new appreciation for life.

The top reasons why people polled, via OnePoll, think it’s important to have bucket-list goals in life is to have something to aim for (39 percent) and to make you feel alive (31 percent).

Other reasons that featured on the list included spending your money because you can’t take it with you when you go (24 percent), and having have something to save for (21 percent).

The spokesman for Medicspot added: “Travelling and trying new experiences give us something to look forward to during these uncertain times.

“It’s fantastic to see people are still optimistic about making the most of life and eager to start ticking things off their list.

“With lateral flow tests now being accepted by many popular destinations, it will become so much easier to do the things you want without any stress or worry.”

Flight secrets: How to avoid excess baggage charges with these simple tricks

Romancing the stones: the race to save Bangalore’s historic markers