Home » Travel » Safest country in the world for expats named 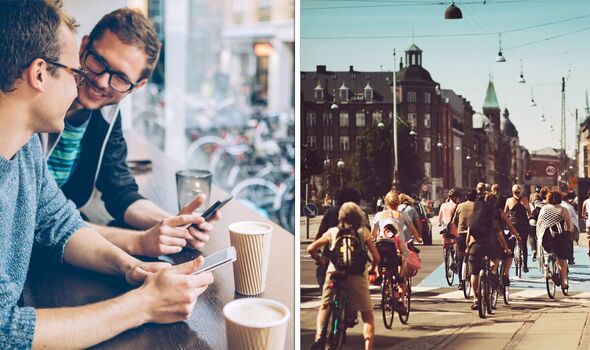 The InterNations Expat Insider survey asks expats around the world to rank their home based on key factors, including safety. There was a clear winner when it came to safety and security.

Safest countries in the world for expats

Denmark was ranked the safest country in the world by the expats living there. Almost 95 percent of expats said they felt safe there.

Nearly 80 percent of the expats surveyed also said they felt safe expressing themselves and their opinions in Denmark.

The country also scored highly when it came to the environment and nearly 90 percent agreed that the Government supported environmentally friendly policies.

An expat from Germany said: “Denmark is a political trendsetter in environmental policies.”

The majority of expats surveyed also thought the country’s healthcare was good quality and affordable.

Nearly 100 percent of expats thought it was easy to get around in Denmark either on foot or by bike.

Danish people often cycle in all types of weather and young people even sometimes cycle to nightclubs in the country’s cities.

There are many bike lanes in Denmark’s major cities making it a safe city to get around on two wheels.

Although many Danes speak English, around 35 percent of expats said it was hard to live there without the local language.

Unfortunately almost 80 percent of the expats thought the Danish language was hard to master.

A British expat said: “I love learning it, but it is hard to even grasp the basics.” According to the survey, almost a quarter of expats in Denmark don’t speak any Danish.

However, expats were very happy with the ease of dealing with administration in Denmark and over 60 percent thought local bureaucracy was easy to handle.

Spring into the new season with European Waterways specials ·

I’ll Show you: Is Justin Bieber to blame in Iceland canyon closure?