Home » Travel » Portugal’s most beautiful village is a ‘kingdom’ 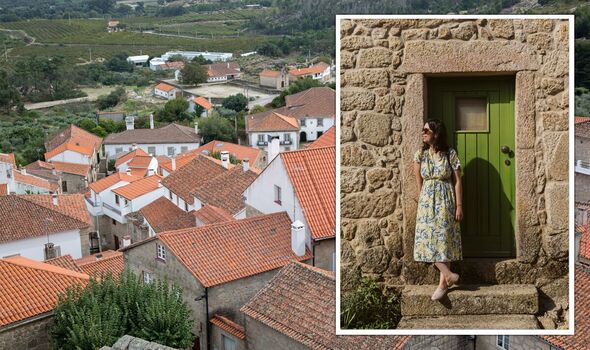 UNWTO judges the villages based on several important criteria including sustainability and opportunities for the local community.

The villages were also judged on safety and security, cultural and natural resources and conservation.

Castelo Novo in Portugal was rated one of the best tourism villages in the world in this year’s rankings.

The historic village was built 800 years ago and is home to one of the region’s most important archaeological landmarks.

The Roman Baths of Quinta do Ervedal are the reason that many tourists travel to see Castelo Novo.

UNWTO said: “The oldest mention of Castelo Novo, then called Alpreada, dates back to around 1202 AD.

The village’s innovations in sustainability were also praised and it is the first destination in Portugal to be 100 percent free of carbon emissions.

Castelo Novo has five electric vehicles which can be used to transfer tourists from the local train stations.

A tourist who visited the village wrote: “A secret kingdom. Located in the heart of the Beira Baixa Region, once the capital of Portugal, it is a picturesque stone village that looks out onto the Garduna mountains. It has a terrific visitor centre.”

Another said: “The castle on top of the hill is a gem. Once at the top the view of the surrounding area is superb even on a grey day.”

Tourists can also learn about how the village’s former residents used to tread grapes and admire its manor houses.

Visitors can walk the Miller’s Way to see the windmills which used to be a central part of life in the village.

The journey to Castelo Novo from Lisbon takes around three and a half hours by train or two and a half by car.

It’s also close to Coimbra, a charming riverfront city in Portugal, which has a medieval Old Town.

The journey takes just under two hours by car, making Castelo Novo an easy day trip from the city.

The local wisdom of health and wellness ·

Need a Quick Brain Vacay? Here's 20 Photos of the Most Beautiful Hiking Trails in the U.S.