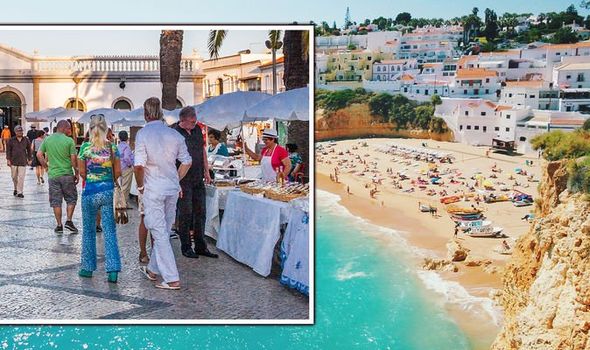 Portugal holidays are now once again back on the cards. Portugal has been removed from England’s travel red list, the Department for Transport said today. The Government added that a ban on flights had also been lifted as it was confident the risk of importing coronavirus variants had reduced.

Travellers from the country will not have to quarantine in a government-approved facility but will still have to self-isolate at home for ten days, as is the case with travellers from other countries, and have to take a test on day two and day eight to end self-isolation early.

“Portugal (including Madeira and the Azores) and Mauritius will be removed from England’s red list,” the transport ministry said.

“The flight and maritime ban from Portugal (including Madeira and the Azores) will also be removed, following evidence that shows the risk of importing a variant of concern from these destinations has reduced.”

“Portugal has put steps in place to mitigate the risk from its links with countries where variants have become a concern, and now has genomic surveillance in place. “

What to expect from Australia’s weirdest festival