A grand day out at the Mary Rose: The story of the Tudor warship continues with a fascinating new immersive exhibition at Portsmouth’s Historic Dockyard

Sixty million people around the world watched the raising of the Mary Rose in 1982.

And the story of that Tudor warship, which sank during the Battle of the Solent on July 19, 1545, continues.

On Monday, a new immersive experience called Experience 1545 — When Their World Ended launches at the museum in Portsmouth’s Historic Dockyard. 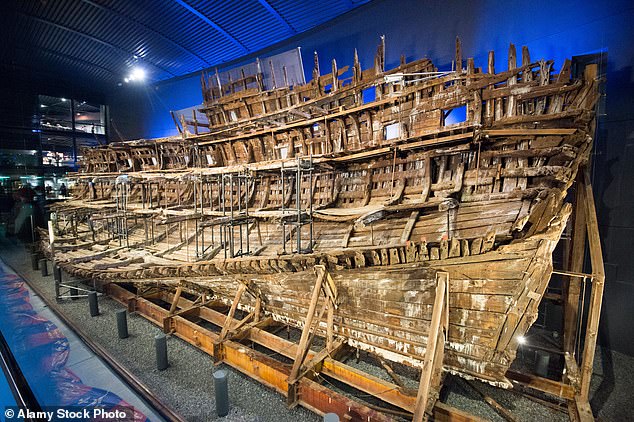 Visitors are greeted with a voiceover by Dame Judi Dench who recalls her experience watching the ship being raised, before an actor playing Henry VIII sets the scene of the battle.

You then proceed into a narrow room where projections on the walls show an interpretation of the sailors’ experience as the ship went down.

On that day Henry VIII watched as his prized warship sank while leading an attack to repel a French Invasion fleet. Of the 500 men aboard, it is thought only 35 survived.

It’s dramatic stuff, after which the exhibition continues as normal with its views of the preserved remains of the Mary Rose.

The ship’s wreck was located in 1971 and after ten years of excavation, the hull was finally raised, producing the largest collection of Tudor artefacts in the world.

There are medieval longbows, swords, clothing, canons, tankards, bowls, jewellery, musical instruments and even the complete skeleton of a dog. 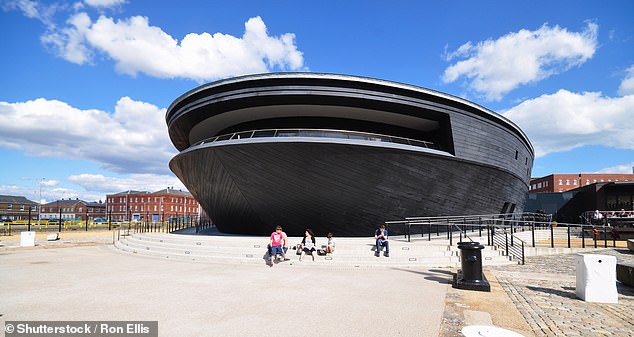 These items reveal secrets of Tudor England and give an insight into what life was like in the 16th century. Displays reveal where crew members came from, explain ideas about ship construction during the reign of Henry VIII and shed light on the mystery of exactly why the Mary Rose sank. A couple of hours is needed to explore the full story and there’s plenty of interactive displays children will enjoy.

The seaside location doesn’t hurt either as the Historic Dockyard is a spectacular setting with views of HMS Victory, HMS Warrior and plenty of other attractions on offer.

Greenland's Glaciers Are Melting Faster Than They Can Be Replenished: 'We've Passed the Point of No Return'