Exorbitant fees. Dodgy service. Here’s what you should know to avoid the great Covid testing rip-off

Getting to grips with testing before going on holiday has become a minefield. Some people have been left unable to go abroad due to their tests not arriving in time.

Others have been forced to quarantine for long periods after receiving the incorrect — and even used — tests. 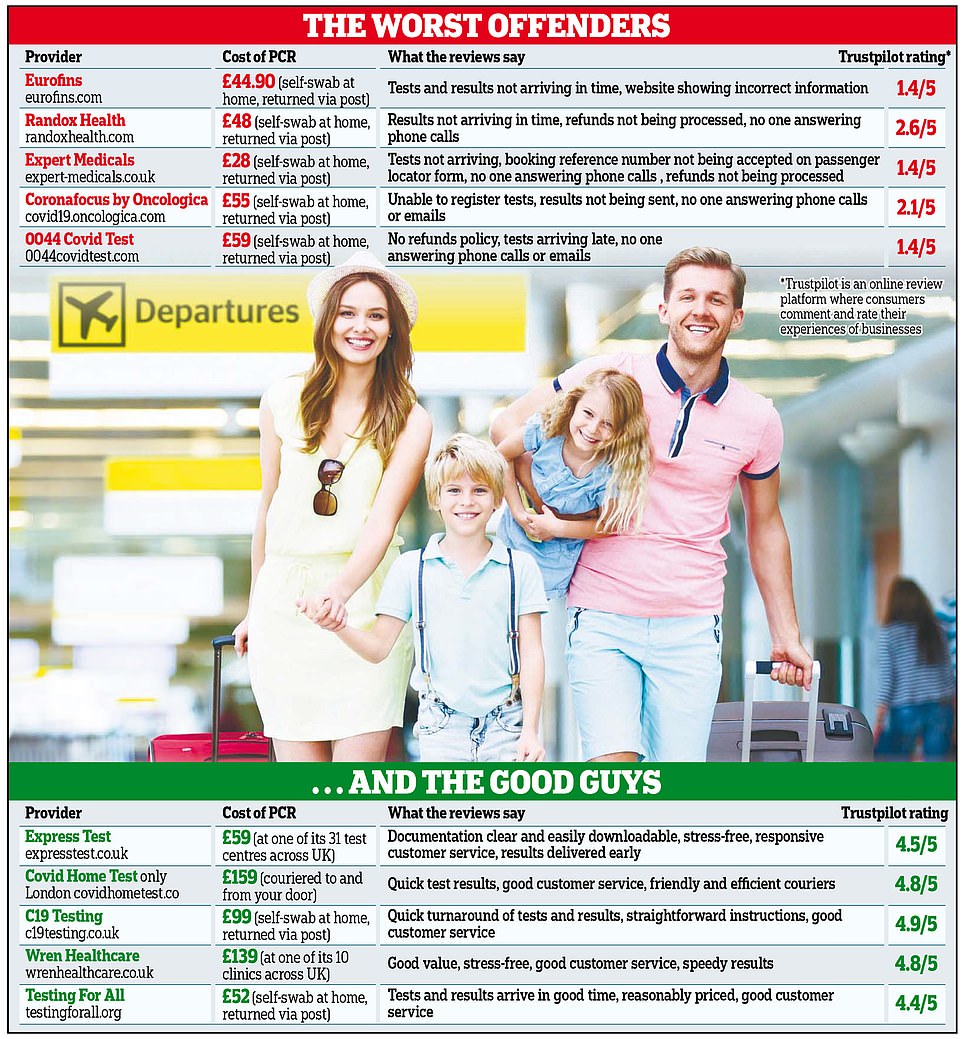 Travellers are having to rely on reviews to find the best providers. The above table shows the ones to trust and those to avoid

WHICH ARE APPROVED BY THE GOVERNMENT?

With more than 400 companies listed on the gov.uk website (and prices ranging from £19.95 to £399), it’s difficult to establish the best provider.

Travellers are forced to trawl through the list and rely on reviews and comments. In order to get on the Government’s list of ‘approved providers’, companies simply have to declare they meet minimum standards for testing, opening it up to rogue companies.

To cover itself, the Government states underneath the list that it ‘does not recommend any particular test provider. Do your own research about available providers, the tests they supply and their terms and conditions.’ 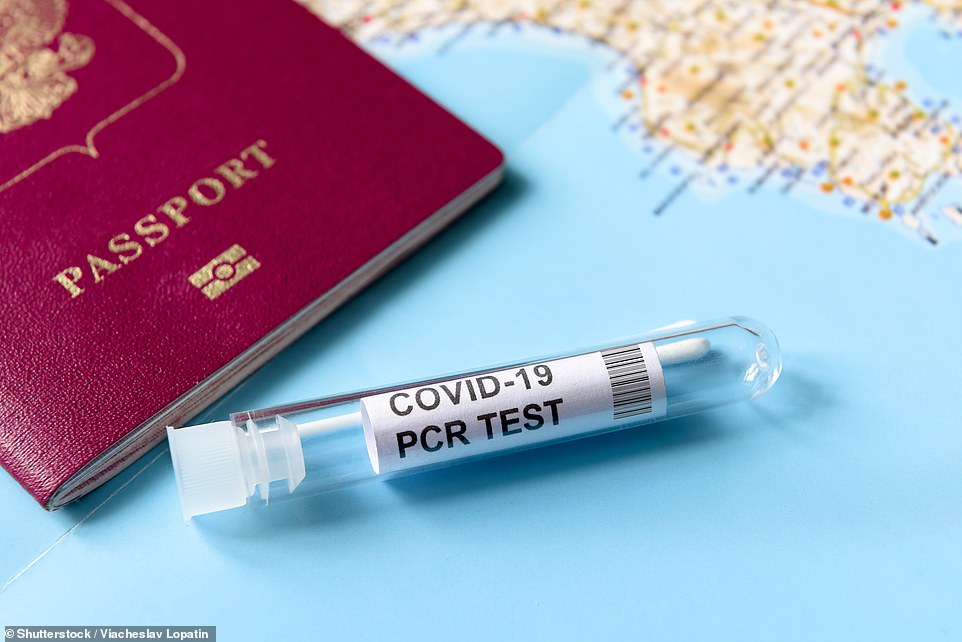 Getting to grips with testing before going on holiday has become a minefield, writes the Daily Mail’s Harriet Sime

A scan of reviews website Trustpilot shows dozens of approved providers have been hit with bad reviews, some as low as 1.4 out of 5 (one is the lowest rating a customer can give).

Expert Medicals, which claims to offer ‘industry leading medical services’, has more than 400 reviews and an average rating of 1.4. It has even been accused on social media of sending out tests with used nasal swabs inside.

Eurofins, which claims to ‘offer its global scientific testing expertise to make fast, reliable and affordable PCR testing available to all’, has more than 900 reviews with an average rating of 1.4. Customers have complained about delays with results and refunds being refused.

Why isn’t the Prime Minister following France’s lead and allowing Britons to use free NHS PCR tests for travel?

Families would no longer be risking thousands of pounds every time they book a holiday. Alternatively, the Government could recommend a few dozen companies that have a proven record of providing travellers with reliable test results.

Those using Randox Health, the official testing partner of the 2020 Olympics, have had similar issues with its service. Richard Lamping, who works in the drinks industry, returned from Paris last week after visiting family.

He booked a £48 ‘day 5’ test with Randox which would mean he could leave the 10-day quarantine early through the Test to Release scheme and go back to the office. But his test didn’t turn up and he was forced to pay £129 for another with a different firm.

Richard, 41, said: ‘I needed to work and see clients. I tried to speak to Randox several times. I waited on the phone for two hours only for someone to answer, laugh at me and hang up. I thought it was a reputable company, but it’s a joke.

A Randox spokesperson said: ‘We investigated the cases brought to our attention and have been in communication with the customers.’

WHAT ARE OTHER COUNTRIES DOING?

The UK appears to be on its own with testing, especially when it comes to pricing. Last November, Greece introduced a price cap on private medical facilities of £34 for PCR tests and £8.50 for antigen tests, while some regions in Italy have capped the cost of PCR tests at £52. In France, residents get free PCR and antigen travel testing.

GREEN: Take a ‘pre-departure’ antigen test while on holiday (72 hours before your flight back to the UK).

Take a PCR test on day one or two after arriving back into the UK.

AMBER: Rules the same as above, with an extra test on day eight of your return.

RED: Quarantine at a Government-approved hotel for ten days at a cost of £1,750.

Americans in London, with Virtuoso and Travel Weekly

Voyager to return bolder than ever ·

Tourist Hot Spots Where It's Illegal to Take a Selfie