More Oslo than ‘ow do: Inside the North Yorkshire pub with Scandi-chic rooms that are a ‘revelation’

Alice Hawthorn was one of the greatest racehorses of her generation, winning more than 50 races from 70 starts back in the 1840s.

It’s believed she was named after the blacksmith’s daughter who helped to deliver her, and her winning streak made her so popular that a pub in the North Yorkshire village of Nun Monkton was named in her honour.

Nearly 200 years later, the pub, between York and Harrogate, is still going strong and has just had 12 rooms added – four above the pub and eight in two separate Scandi-chic blocks at the rear that are more Oslo than ’ow do. 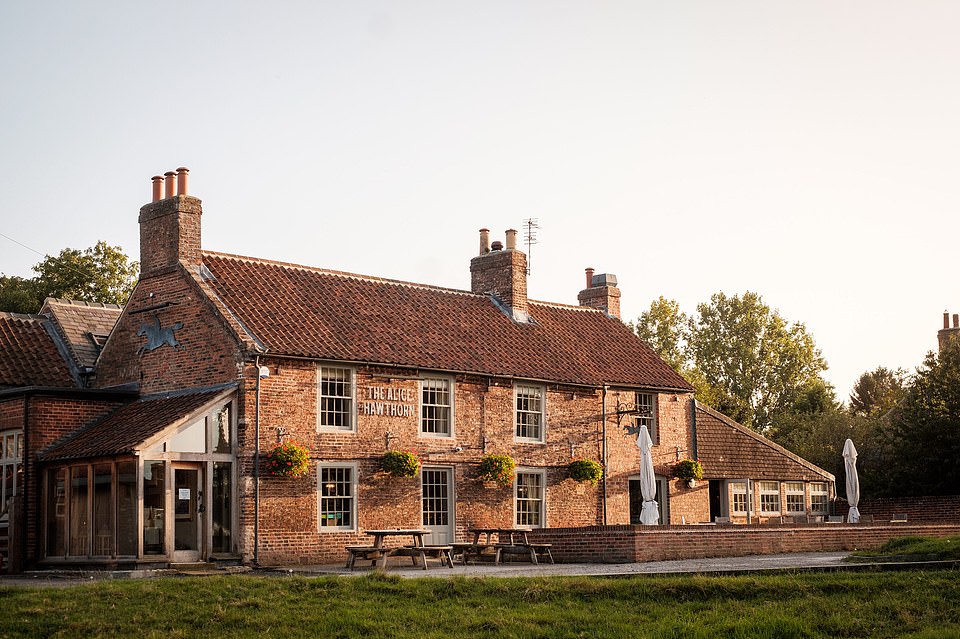 The Alice Hawthorn in Nun Monkton, a pub named after a legendary 19th-century racehorse 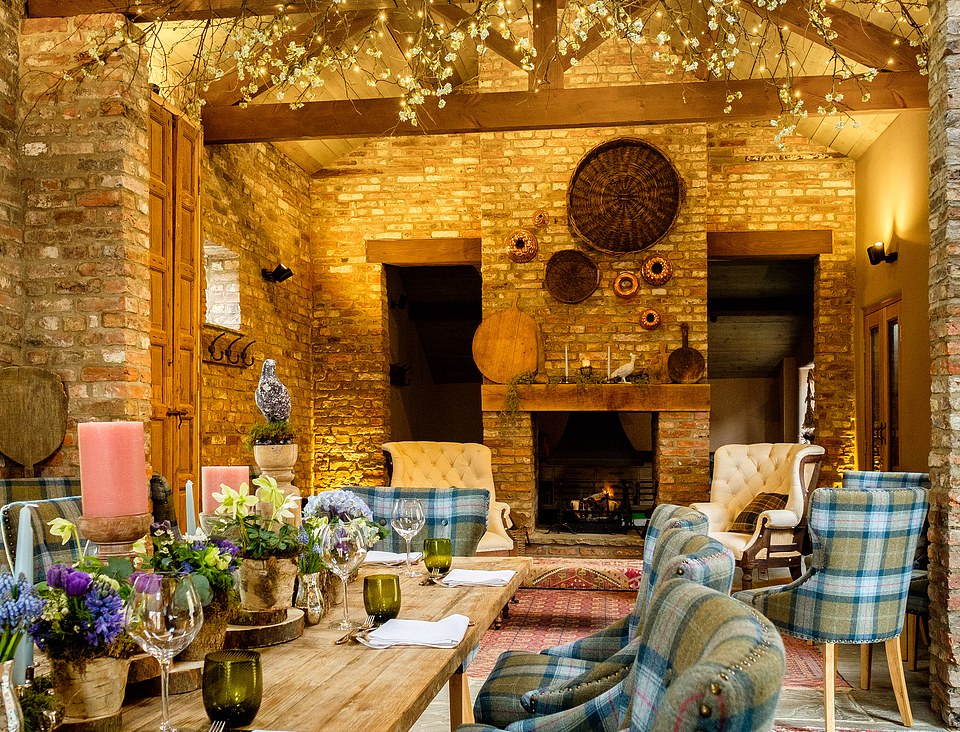 The Barn at The Alice Hawthorn, which Will says is the cosiest location for dining

Nun Monkton has a tranquil, prosperous air with a willow-framed pond and one of Britain’s tallest maypoles by the village green, and The Alice Hawthorn sits slap bang in the middle. Here the rivers Nidd and Ouse meet, and from June to October a tiny ferry carries six passengers at a time to the other side – a good option for hikers who want a shortcut to the National Trust property, Beningbrough Hall.

The pub is a great base for walkers who want to return to some hearty fare, whether that’s in the bar or something more substantial in the restaurant.

Ask to be seated in The Barn, just behind the main house, for an atmosphere that’s a bit more cosy and intimate. 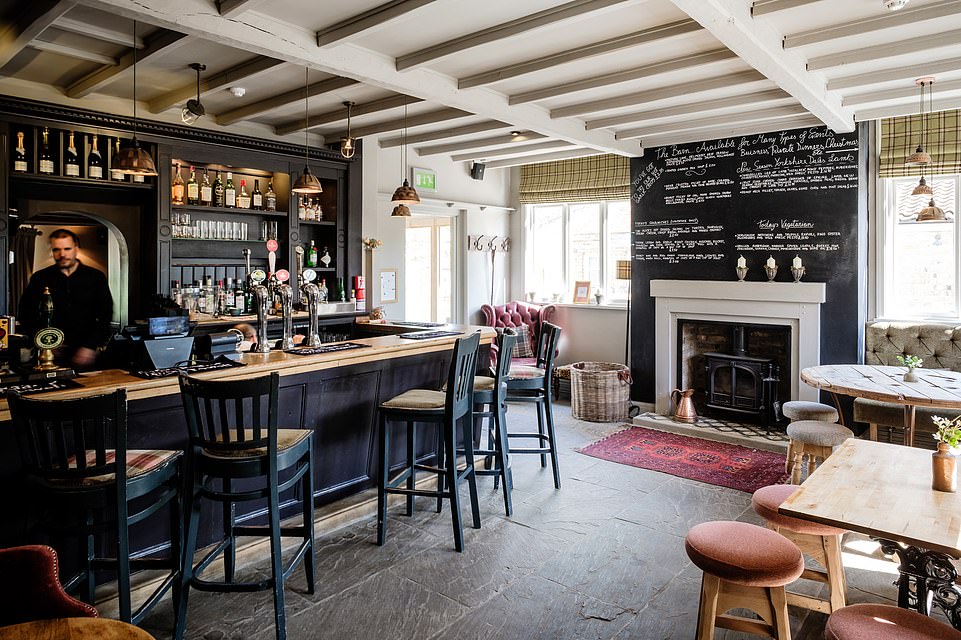 The pub is a great base for walkers who want to return to some hearty fare, writes Will 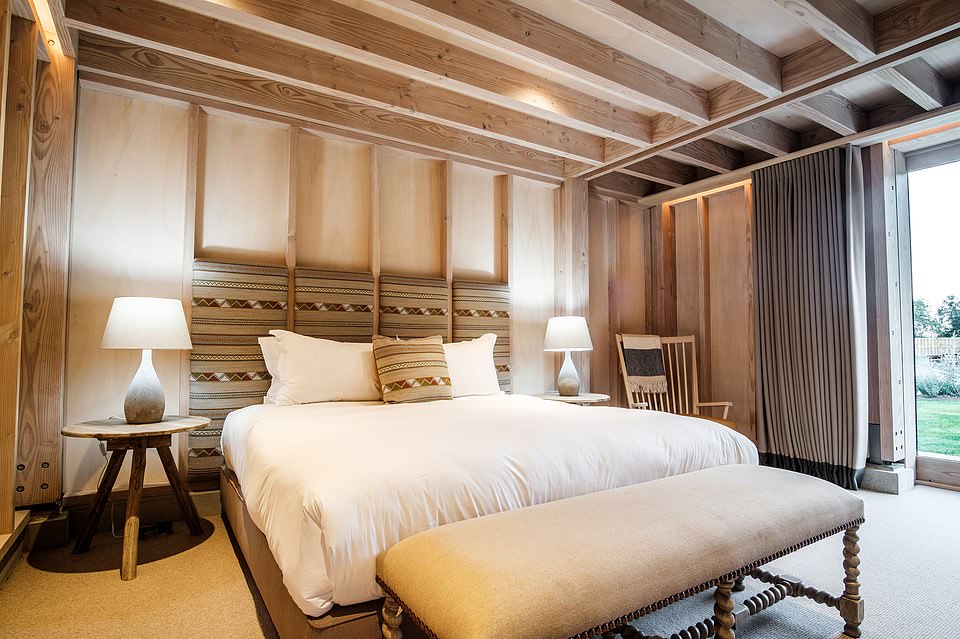 Will says of his Scandi-chic room: ‘This much wood shouldn’t work but it absolutely does’ 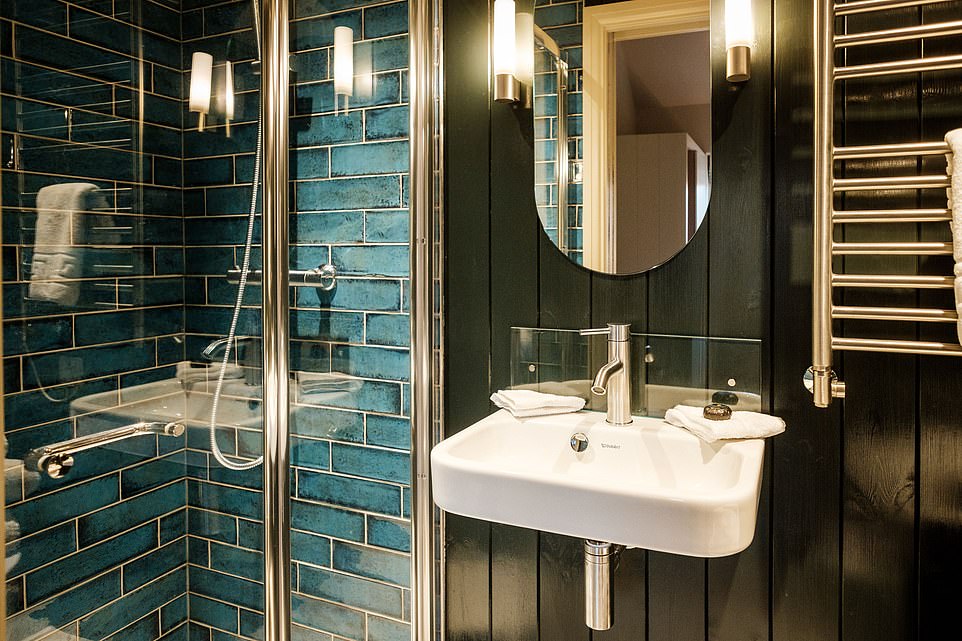 One of the bathrooms at The Alice Hawthorn, where rooms start from £120 a night

The bedrooms are a revelation. Those around the garden are made from Douglas fir and Siberian larch, and large amounts of glass let light flood in. Four rooms have a shower only, while mine had a walk-in rainhead shower as well as a deep, indulgent standalone tub.

Above the pub there are four rooms that are more traditionally furnished – two of them have views over the village green. But whichever you choose, like Alice Hawthorn, you’ll be on to a winner.

The rooms: This much wood shouldn’t work but it absolutely does. The new rooms are light with beds that are comfortable without being marshmallow soft.

The food: Service was friendly and at just the right speed. Tuck into the Yorkshire Dales lamb, pan-roasted guinea fowl and locally farmed fillet steak.

At breakfast I was caught in a quandary between smoked salmon and scrambled eggs, buttermilk pancakes with bacon and maple syrup, or poached duck egg with asparagus. The pancakes eventually won.