Google Maps Street View was developed to allow virtual travellers the chance to explore the world from the comfort of their own home. However, in recent years users have begun to discover it has another ability.

The 3D Street View function often catches people in situations they may have thought no one would see.

One such occurrence happened when two drivers were caught brazenly breaking a very clearly stated request.

The scene, which unfolds in Pimlico, Central London, shows a row of houses.

One of the houses features its own bottle green garage marked with a very important request. 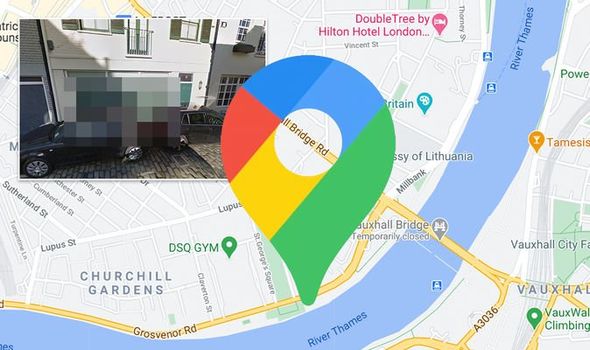 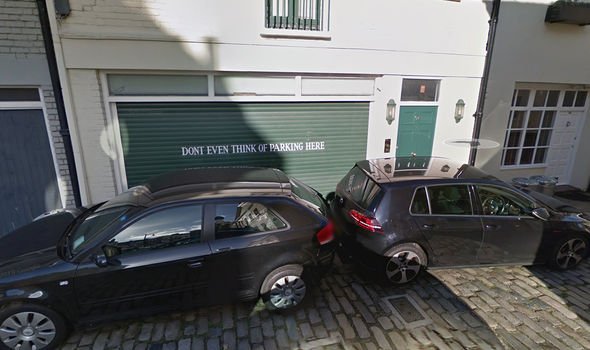 Written across the front of the metal door is a very clear message.

In white lettering, the note reads: “Don’t even think of parking here.”

However, in a rather shocking move, it seems two drivers in the area thought very little of the homeowner’s sentiment.

There, directly in front of the message, are two parked cars.

The cars are parked so closely together that the homeowner might not even be able to get out of their front door, let alone reverse a car out of the garage.

There is no evidence to show who owns the cars.

It could be that the two drivers saw the message and found humour in the idea of parking there.

Alternatively, the cars could be owned by the homeowner, or be friends of them, in which case their parking may not be such an issue. 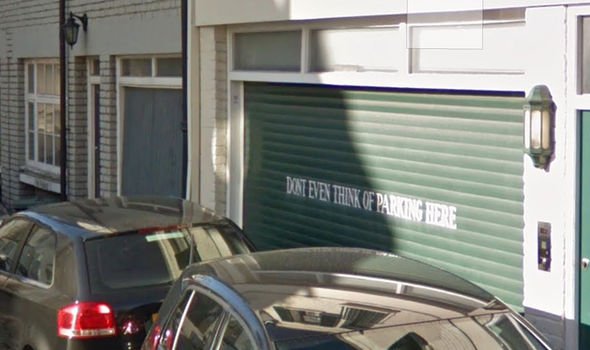 The incident was posted to a Reddit forum, where users weighed in with their own hypothesis on the scenario.

“Hard to tell as all the townhouses look different, but I wonder if that garage was a conversion that has no bearing on the legality of parking in front of it…?” pondered one commenter.

Another simply joked: “You can’t tell me what to do.”

Given the nature of Google Maps, it is likely we may never know the true back story, and thanks to Google’s privacy policy, the blurred registration plates mean the car owners can remain anonymous.

Google’s anonymity policy has helped out other people in the past who have been snapped in situations they may prefer people don’t know about.

For example, a man in New jersey was discovered in a moment that may have left him red-cheeked.

As viewers click along the street they can watch the moment the man misses his step and takes a tumble.

A second photo shows the moment he rolled backwards into a heap.

One month until amplified Voyager of the Seas returns to Sydney ·