Home » Travel » Gaga for La La Land: An A Star is Born tour of Hollywood

Gaga for La La Land: This ‘A Star is Born’ tour will have you dreaming of your own Hollywood parable

Like any man in his 40s, I secretly wish I was Bradley Cooper. So when the chance arose to go on a tour of Los Angeles, visiting the shooting locations for the Oscar-nominated movie A Star Is Born, I leapt at it like a terrier springing after a Frisbee.

And that was how I found myself on stage at the legendary Greek Theatre in LA’s Griffith Park, striking rock-god poses.

The Greek, for those who have seen the fourth remake of the classic weepie A Star Is Born, is the venue where the alcoholic rock star Jackson Maine (Cooper) lures the shy ingenue Ally (Lady Gaga) into the spotlight to perform one of her songs – and catapults her to stardom. 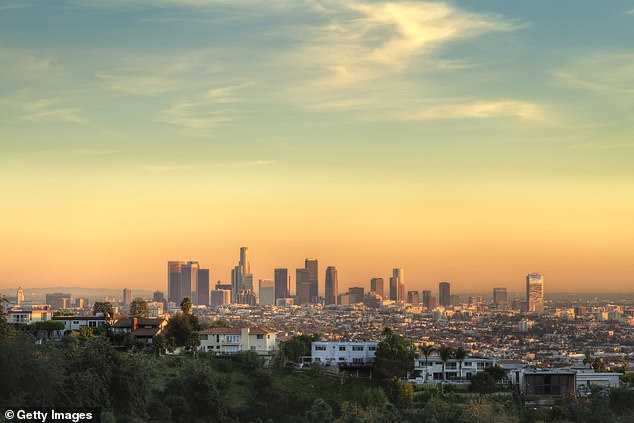 Another planet: The views of downtown Los Angeles from Griffith Park at sunset

For anyone who hasn’t seen it, that is the pivotal moment in this Hollywood parable of an ugly duckling transformed into a swan … and here I was, living it for real. Up to a point.

There was one key difference, of course. When I was there, the 5,870 red seats in the auditorium were empty. Even so, I got a buzz from visiting the posterfestooned dressing rooms, which reek of history, having hosted such stars as Elton John and Marvin Gaye.

I also nipped to the Griffith Observatory, which will be familiar to La La Land fans. From that vantage, I gazed out over the city, marvelling at the veil of smog covering it. 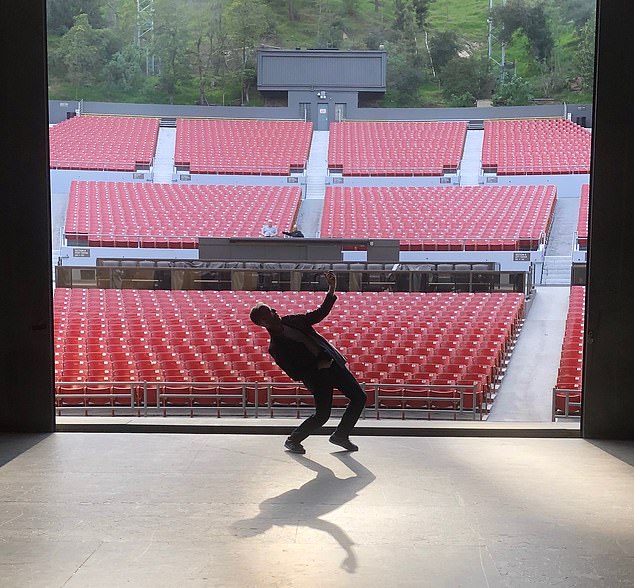 Full house: Thomas takes to the stage at a not-quite-capacity Greek Theatre

I’m not kidding. In LA, even the pollution is pretty.

The city is another planet, where every waitress is an aspiring starlet and every Uber driver has an unmade script in his glove compartment.

The man who drove me to the next stop, The Virgil in Silver Lake, told me he’d had Johnny Depp in his car.

Of course, the troubled star had used an alias. Intrigued, I asked what it had been. Jack Sparrow? Edward Scissorhands? Sadly, he couldn’t remember.

Had Depp said anything interesting? ‘No, man, he seemed completely stoned.’ The Virgil is the after-hours spot where Jackson first claps eyes on Ally in the film. She performs a rousing rendition of the Edith Piaf classic La Vie En Rose, and he’s transfixed.

I immediately got into my role, cradling a bottle of whisky, as my friend Jacqui channelled her inner Gaga and reclined against the bar.

What was my least inspiring pitstop? Probably Super A Foods in Glassell Park. In the film, Jackson and Ally sit and chat in the deserted car park in the early hours, and it’s the moment he realises that she is also a gifted songwriter.

But when I was there – midafternoon – the full car park had no such mystique. What was the most inspiring place? While I loved The Virgil and The Greek, it was probably the Warner Bros Studio, where I took the standard tour.

As a new exhibit, there’s a room entirely devoted to the film. While the soundtrack plays over the speakers, you get to see the beautiful gown that Ally wears to the Grammys, where she picks up the award for Best New Artist.

I also indulged my enthusiasm for some of the studio’s other successes, from the Nineties sitcom Friends (I perched on the famous sofa in the Central Perk cafe) to the Batman franchise.

Posing by the Batmobile from Tim Burton’s 1989 film, I snapped a selfie. And I sat on the Batpod (motorbike) ridden by Christian Bale in 2008’s The Dark Knight. 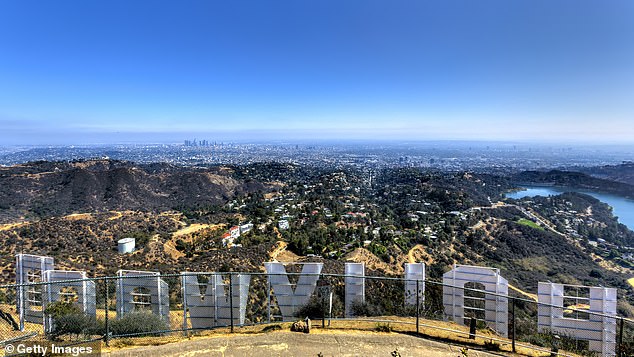 Aspirations: Los Angeles, where everyone is trying to make it, from the Hollywood sign

I mentioned earlier that everyone in LA is an aspiring star – and I was no exception. I had gone with a script in my back pocket that I felt would be perfect for Bradley Cooper and his frequent collaborator, Clint Eastwood.

On my last morning, I managed to fit in a meeting with a talent manager in Beverly Hills. It was great. But then, on the way to the airport for my long-haul home, my Uber driver told me he had a meeting the following week to be a producer on the Marvel TV series Agents Of Shield.

It reminded me that, in LA, for every star that is born, many others are doomed to remain twinkles in their agent’s eyes. Put it this way: I’m holding my breath, but I wouldn’t necessarily advise you to do the same.

A Star Is Born is out now on 4K Ultra HD, Blu-Ray and DVD.

State of Origin success a win for all ·

This 'Wedding in the Sky' Experience Lets You Get Married on a Private Plane at 30,000 Feet