Booking a holiday can become something of a routine. But as travel has changed so much in the past couple of years, perhaps it’s time to make some alterations of our own.

Looking beyond the usual airlines, such as EasyJet, Ryanair, Jet2 and TUI, can open up a world of new destinations — and at low prices, too.

Wizz Air is leading the charge, but there are plenty of other options. So here is our guide to trying something new, and perhaps making a saving at the same time… 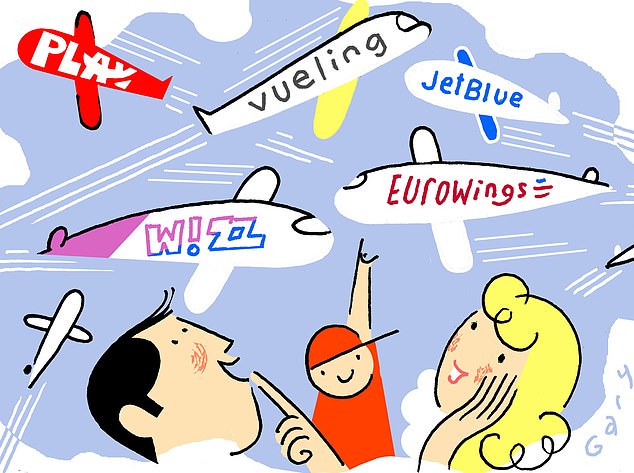 Looking beyond the usual airlines can open up a world of new destinations — and at low prices, too

This Hungarian airline was founded in 2003 and is looking to topple Ryanair as our biggest budget airline. It launched Wizz Air UK in 2017. It flies to 140 destinations and is famed for its low fares (Athens to Abu Dhabi for £33 one-way is a recent example). From London, Vienna is £18 one-way; Krakow £14; and Malaga £21.

Other interesting routes from London include Tel Aviv, Mykonos, Antalya, Bari, Kutaisi in Georgia, Eilat in Israel and Dalaman in Turkey. There’s a loyalty scheme as well: for £25 a year you save £8 per ticket, with £4 off luggage.

EXTRAS: Wizz Go and Wizz Flex tickets add baggage and seat choice, but can be more than double the original price. Wizz Air says time of year plays a large part in how it calculates these costs. Food and drinks cost from £3 to £5.

VERDICT: The low fares are enticing, but the extra charges are steep. 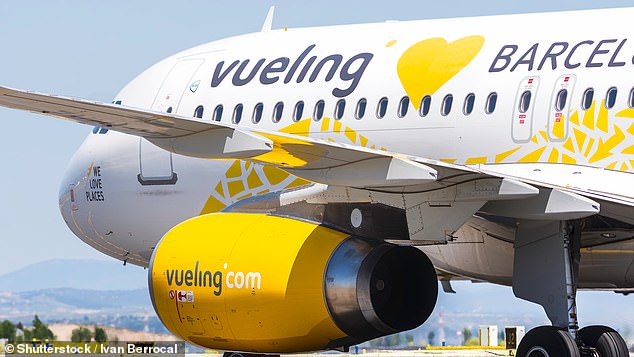 Vueling, named the best low-cost airline in Europe last year, is worth checking for trips to Spain

Based in Barcelona, Vueling is owned by the same group as BA and flies from Gatwick, Cardiff, Manchester, Edinburgh and Glasgow.

For conventional destinations the prices aren’t cheap, but it’s good for less popular flights to Spain, such as La Coruna (£24) or Santiago de Compostela (£25).

There are regular sales. Recently the airline was offering tickets from £17 each way.

VERDICT: Named best low-cost airline in Europe last year and worth checking for trips to Spain. There are cheap options for flights to Madrid and Barcelona. 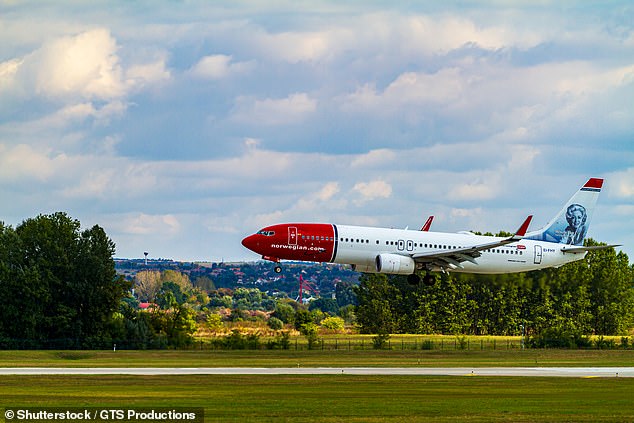 Norwegian offers 69 destinations from Gatwick, including flights to Copenhagen and Helsinki

AND WHAT ABOUT LONG HAUL?

It’s not technically a budget airline, but it operates flights at reasonable prices — the trade-off can be having to go via Helsinki.

It offers unlimited free travel-date changes until May 31. Prices for long-haul routes are from £342 return for New York.

The airline often makes a splash by launching a new business-class seat or similar. Flights can be operated by other airlines, but fares remain low.

Flights from Heathrow and Gatwick to JFK cost from £348 return — these are the only routes in operation now.

Everything goes through New York and the airline services only the U.S. and Puerto Rico. But it’s one to watch.

It offers a 20 per cent discount on Heathrow Express tickets, and often runs other deals. It also has a loyalty plan, which is unusual for a budget airline.

For a time, Norwegian looked set to change the world of travel by offering extensive long-haul budget options. However, in 2021 the airline was forced to reduce its fleet and close long-haul operations.

There’s a helpful low-fares calendar to find the cheapest flights. It offers 69 destinations from Gatwick — reasonably priced options include Bergen (£40), Copenhagen (£31), Helsinki (£31) and Oslo (£31), all one-way.

VERDICT: Norwegian is not the force it was, but the extras packages seem reasonable (although food is expensive) and there are plenty of options on Scandinavian routes.

Founded in 2019, this is the newest airline on the list.

VERDICT: One to watch, but fares seem promising (Stansted to New York from £320 return). 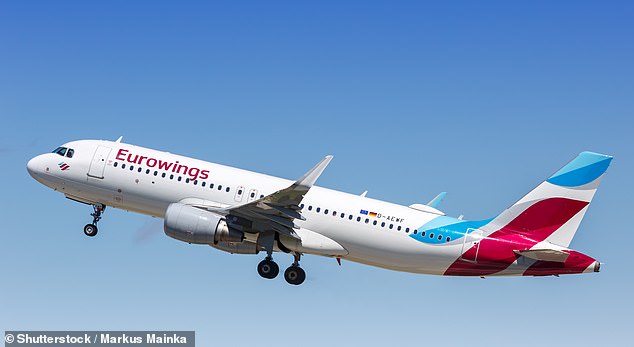 Eurowings flies from plenty of UK airports, including Heathrow, Bristol and Edinburgh

This German airline flies from Heathrow, Birmingham, Bristol, Edinburgh, Glasgow, Jersey, Liverpool, London City, Manchester, Newcastle and Newquay. It has partnered with booking.com to offer accommodation. Until April 7, you can request that the middle seat remains unoccupied for free.

VERDICT: Convenient owing to the range of airports.