Longtime Southwest CEO and chairman Gary Kelly will step aside in January. He will be replaced on Feb. 1 by Bob Jordan, who is currently the carrier’s executive vice president of corporate services.

Kelly, 66, will stay with the airline as executive chairman, a role he hopes to remain in until at least 2026.

Kelly has served as Southwest CEO since 2004 and has been company chairman since 2008. While CEO, he has led Southwest through its acquisition of AirTran Airways, its launch of international flying, its introduction of Hawaii flying and its 2017 transition to a modern reservations system on the Amadeus platform.

Kelly has also guided Southwest through the pandemic as well as the 2008-09 financial crisis, maintaining profitability every year until the pandemic-addled 2020. The carrier still has never involuntarily furloughed or laid off an employee in its 50-year history.

A low moment in Kelly’s tenure came in 2018 with the first fatality in Southwest’s history. The death occurred when a fan blade detached from an aircraft engine in 2018, sending debris through a window and sucking a passenger out of that window.

In a prepared remark Wednesday, Kelly said the airline will begin developing a transition plan in the coming weeks and months.

“Bob and I have worked side by side for more than 30 years,” he said. “He is a gifted and experience executive and well-prepared to take on this important role.” 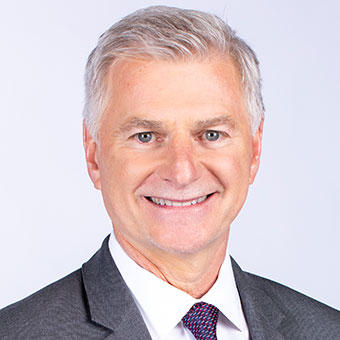 Jordan, 60, joined Southwest in 1988. His previous roles include chief commercial officer and executive vice president of strategy and technology.

In his current position, Jordan has led Southwest’s voluntary leave and separation programs during the pandemic.

“The heart of Southwest is our people,” Jordan said in a prepared comment. “They make the difference for our customers, and I look forward to serving them.”

Kelly’s retirement announcement comes as Southwest, along with the entire U.S. airline industry, has begun emerging from the Covid-19 crisis. However, a full recovery hasn’t materialized yet. Corporate demand, though improving, remained down 77% at Southwest in May compared to May 2019, stunting revenue recovery.

An adventure to Scotland’s Isle of Skye – by train

The Ranch Malibu returns to The Dolomites ·

Headed to Cabo San Lucas? Here are 9 activities to book for your family