I helped a group through check-in en route to Bologna. On landing, one thanked me, introduced himself as Massimo and asked my plans. My mum and I had none, aside from ambling around Emilia-Romagna. Massimo Bottura, then proprietor of the world’s top restaurant, proceeded to piece together an itinerary of his favourite spots to eat and drink in the region, calling ahead and making sure we were looked after like locals at each turn. We topped it off with a visit to his Osteria Francescana and balsamic vineyards in Modena. For a lover of food, this was both unimaginable and unforgettable.
Phoenix Smith

A brush with Buddhists 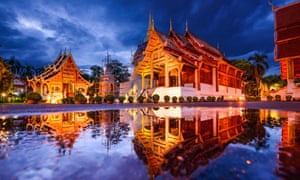 While walking down an alley outside of Chiang Mai, Thailand, the tinkling of bells and steady rhythm of gongs sounded around a corner. As I turned, I saw a Thai family celebrating a Buddhist holiday, laughing and making music. I stared and smiled, fascinated. A woman grinned and motioned me over, handing me a small gong and showing me how to hit it. We formed a small parade to a temple, entered on our knees, and bowed to the monks that sat wrapped in their turmeric-orange robes in front of a giant Buddha.
Jennifer Roberts 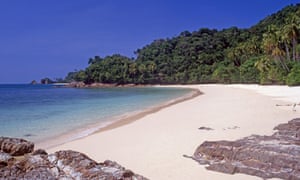 In 2006, when the internet wasn’t what it is now, I travelled around Malaysia with an out-of-date guide book. I got a bus to Kuala Terengganu to see turtles, only to find they hadn’t been seen there for years. Back at the bus station, disappointed and weary, I met a local man who suggested I take a boat to Pulau Kapas. Kapas was a tiny, quiet island with beautiful snorkelling and jungle treks – an idyllic, peaceful way to spend time in nature, and it wasn’t mentioned in my guidebook.
Ursula Watson

Lunch on the Amalfi – on the NHS 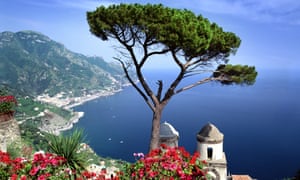 Ravello, Italy, atop a hill with vast seascapes. One day we decided on a walk down to the town of Maiori. It was hot, with many steps, twists and turns to master. We began our walk back, but I felt I could go no further, when we encountered a lady sweeping her step. “Hot, you like a drink?” She took us into her home, gave us a cold drink, fed us with parmigiana. We sat on the terrace with her family, communication very difficult. Eventually her daughter came and explained: the National Health Service had saved her father’s life when he was in England. This was a way of saying thank you.
Lindy 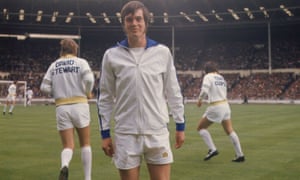 We were on a cruise from Sydney to Hong Kong and got chatting to ex-footballer Duncan McKenzie as we walked around the deck. He was doing on-board talks, and although we knew nothing about the beautiful game, he was absolutely fascinating. It was surreal bumping into him all over the place, and wandering around blossom-swept Glover Garden, Nagasaki with him while his wife hit the shops. He was such a nice guy and made our trip.
Lianna and Richard 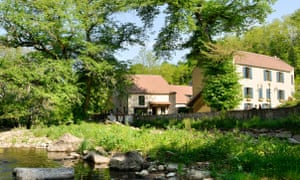 Stopping for the night at a little two-star hotel in Avallon, central eastern France called Moulin des Templiers, we were absolutely amazed by the food, which was easily worth two Michelin stars. Turns out the owner used to be the chef at the Palace of Versailles when Jacques Chirac was president of France. We stayed for several days, just for the food – any longer would have been a health hazard, for if you left any on the plate the chef would come to the table and solemnly declare “Je suis desolé” and offer to cook something else. Unfortunately, on our last trip we discovered the chef had retired and sold the restaurant … je suis desolé.
Johannes

Laying down the law 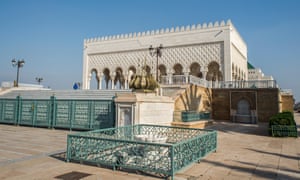 In Marrakech, we were looking for the tombs of Moroccan kings. I asked one tourist and my wife asked another, who shoo-shooed her away. Having found the tombs, the tourist who had shoo-shooed my wife came up to apologise for his behaviour. He said he had been plagued by people all day and was sorry. I thought I recognised his very distinctive voice. I asked whether he was a lawyer but did not practise. He asked how did I know? I then asked him whether he lived in another country, and named it. He took a step back and demanded to know who I was. I said, “I think I am your lawyer.” He thought for a few seconds and then said my name. We had actually never met before.
KAM 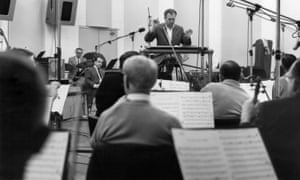 On my second trip abroad, the first on my own, I went down to the Camargue in the south of France and stayed in a youth hostel. An older American man was staying there with his young children, showing them the wilder side of France while his wife remained in Cannes. He turned out to have been the flautist in the Nelson Riddle orchestra, and he had his flute with him. A fine evening was spent recalling famous singers, including Sinatra, and a flow of musical standards while we drank local rosé. The sound of hands clapping in applause, and catching mosquitos, remains in my mind.
Jon, Somerset 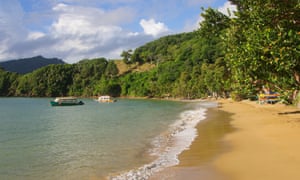 In the blue waters of Batteaux Bay, Tobago, a yacht was moored, from where a silver-haired guy climbed into a small dinghy and sculled ashore. He walked straight up to us in the beach bar and asked if he could join us. Sure, and we drank beer and ate flying-fish burgers. His name was Hal. He had sold up everything, bought a yacht and sailed the Caribbean for six months, and lived in a cabin in his son’s garden the rest of the year. I loved to listen to this weatherbeaten 70-year-old. He said for a happy life you need three things: health, curiosity and to understand the concept of “enough”. I have followed this mantra all my life.
Simon Tobin 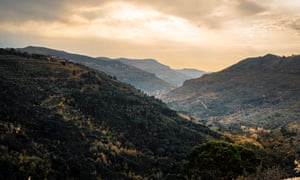 Souk el Gharb to Aley, the Chouf mountains, in pre-civil war Lebanon – 1971-ish. I took a shared taxi to Beirut. After a kilometre or so the driver said we needed to stop in a garage while some work was needed underneath the car. We found ourselves sans driver in a huge, 1960s American saloon atop a car lift on a beautiful August morning. At the window appeared a hand lofting a tray of four coffees (Turki, masboot of course) and glasses of water. We drank, passed around cigarettes and enjoyed the interlude. After a while the car lift descended and we continued on our journey. Lovely things happen in Lebanon; they always will. The price is an open mind.
Michael