On Aug. 28, AmaWaterways’ AmaSiena finally received its champagne bath, one year after it was built. 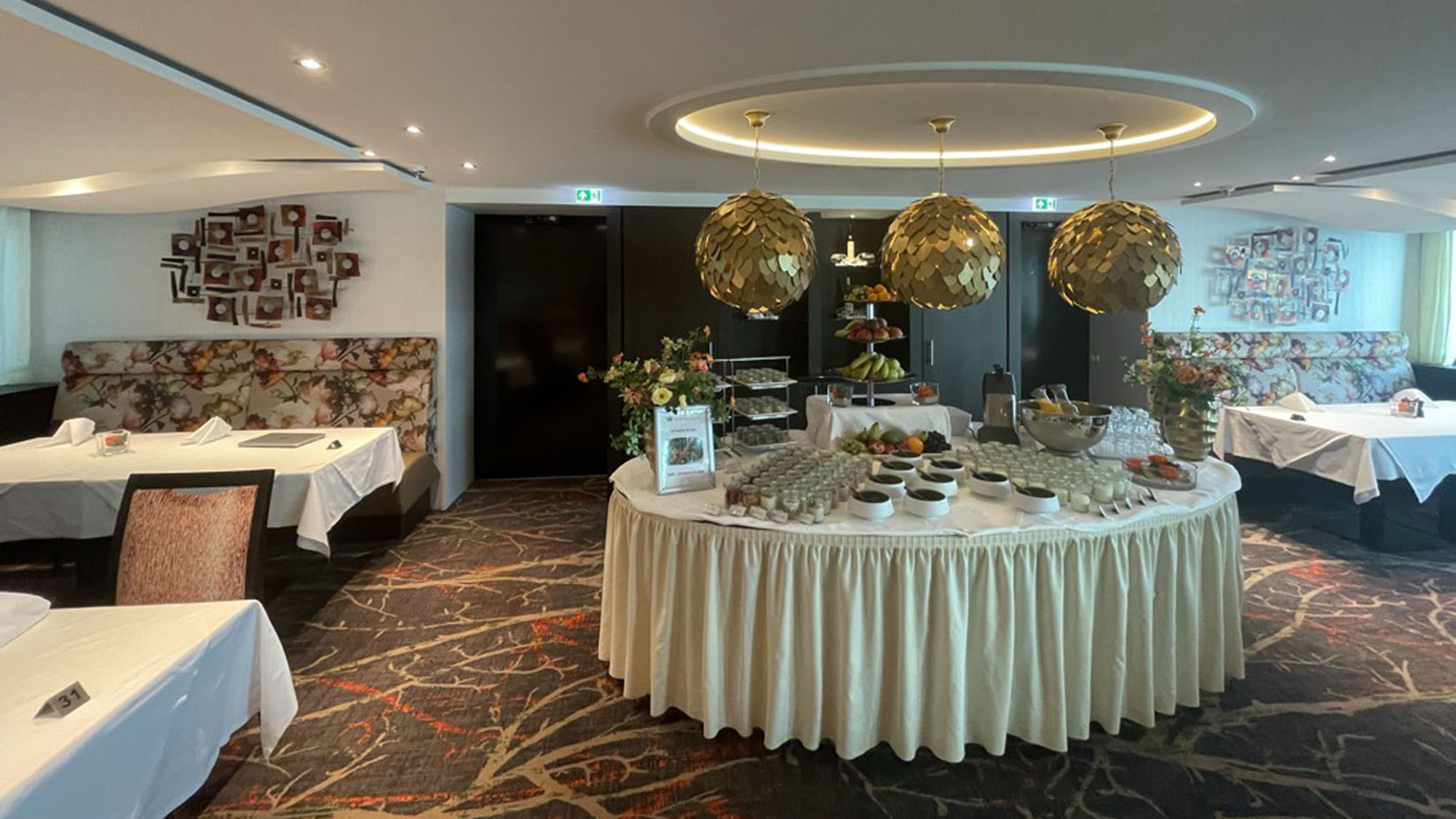 A desire to do away with buffets has been percolating in the mind of AmaWaterways president Rudi Schreiner for a while.

Fiorino, WTH’s senior vice president and COO of owned brands, joins a list of notable women in the travel industry honored by AmaWaterways, including co-owner and executive vice president Kristin Karst, who was in attendance at the ceremony along with husband and president Rudi Schreiner.

In an interview with Firoino on the AmaWaterways website, she says, “Travel makes the world a much smaller place and we realize that, even though we have different cultures, nationalities and languages, we are still so similar. I was not a big traveler before I joined the travel industry, and I’m thankful that my job has given me the opportunity to experience this, especially while river cruising with AmaWaterways.”

The champagne bottle was thoroughly smashed on the hull leaving a small — but said to be lucky — dent in the side. However, one thing was missing — the town.

Schreiner said locals would normally dress in medieval costumes to serve beer and wine, and a children’s choir would perform. But due to Covid-19 restrictions, only guests and staff were allowed onboard for the christening. A brass band donned in purple uniforms played from shore.

Among its distinctions, the 156-passenger AmaSiena features all outside accommodations and select cabins with twin balconies (outside and French) among its 78 staterooms. A casual dining area is featured at the back of the lounge on Deck 2 where a bistro-style lunch is served, and where a restaurant might eventually go.

AmaSiena will sail weeklong European itineraries on the Rhine and Moselle rivers from Amsterdam to Basel; Amsterdam to Luxembourg; or Luxembourg to Nuremburg.

Next up for AmaWaterways is the AmaDahlia’s first sailings on the Nile, beginning Sept. 6. The next ship christening will be for AmaLucia, which was built in 2021 but will be christened in 2022 by friends of the family Will and Riley Farmer, children who must wait another year to both be fully vaccinated for Covid-19.

Emirates and Sabre are at an impasse

Tui passengers sleep at airport ‘without blankets, food and water’