Cyprus: An explainer on why the country is divided

It attracted more than 1.3 million UK visitors in 2019 – a third of the total tourists – and with international travel poised to restart, it’s sure to be in high demand this summer and beyond whenever it gets the green light. Here’s our pick of the cream of Cyprus… As we’ve said, the island is blessed with those 300-plus sunny days and even in winter it can be a mild climate alternative to jetting way for a long-haul break.

But it comes into its own from late spring to early autumn with pretty much wall-to-wall warm sunshine and dazzling blue skies.

The peak holiday season months of July and August are of course the hottest at up to a sizzling 38C, though if that’s a bit too strong a trip into the Troodos Mountains offers some respite at a typical 24C.

Temperatures in the sea are kind too, with the water around 22C from June to November, climbing to 27C in August.

There’s something for all with monasteries, churches, three UNESCO World Heritage Sites and places associated with Greek mythology.

The Theatre of Kourion, just outside Limassol, is one of the island’s most impressive archaeological sites, dating from the 2nd century BC.

It seated up to 3,500 spectators for gladiator and wild animal fights and is still in use today for less gory entertainment including cultural activities and theatrical performances (entry €4.50). Further west, the Archaeological Park of Kato Paphos has been a UNESCO World Heritage Site since 1980 with numerous monuments that date from the 4th century BC to the Middle Ages.

Highlights include the Tombs of the Kings and the intricate mosaic floors of four Roman villas (€4.50). 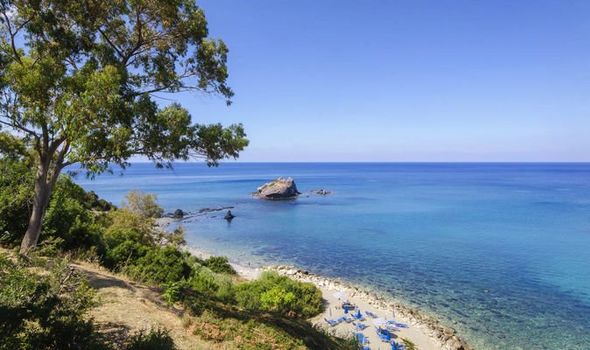 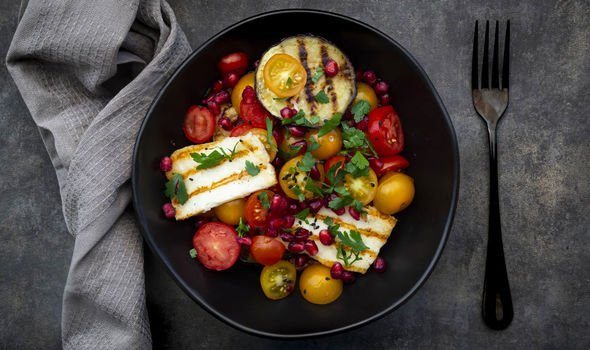 Aphrodite Adonis when he for a while Kolossi Castle, nine miles west of Limassol, was first built in the 13th century and was used as the Grand Commandery of the Knights of the Order of St John of Jerusalem, then was taken over by the Knights Templar and rebuilt in the 15th century.

During this time, the Knights produced and exported a sweet wine, which became known as the vin de Commanderie.

When to visit: The castle is open all year round but opening hours do vary per month so check before travel. Entry costs €2.50 per person.

The beaches in Cyprus are top-notch, with 64 having the coveted Blue Flag status. Lara Bay on the Akamas Peninsula and Sirena Bay in Protaras are standouts.

Cyprus is forever associated with Aphrodite as the Greek Goddess of Love was said to be born from the foam of the sea around the island.

Aphrodite’s Rock, a large sea stack near Kouklia, is her mythical birthplace and swimming around the rock at midnight is said to make the swimmer younger by a year for every lap (the beach here is excellent too).

The Baths of Aphrodite is an attractive natural grotto with a pool near Latchi on the Akamas Peninsula and it’s here that the goddess bathed in the waters. According to Greek mythology, Aphrodite met her mortal lover Adonis here when he stopped at this lush spot for a drink while hunting. 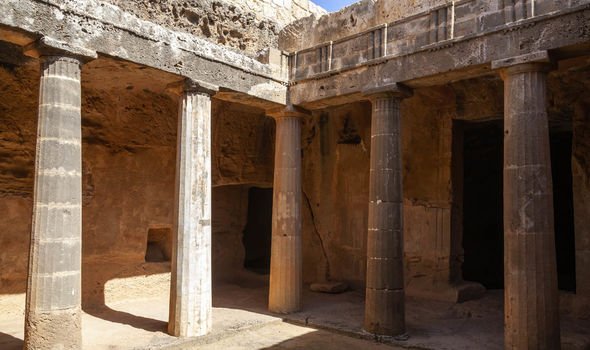 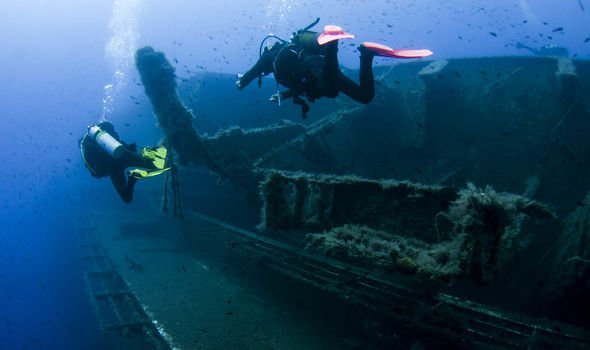 Is there anyone out there who doesn’t like halloumi? The semi-soft cheese, made from a mixture of goat’s and sheep’s milk, is the flagship of Cypriot cuisine and served in hotels and restaurants all over the island.

Enjoy it served on a skewer with grilled vegetables and drizzled in grape syrup, or grilled and wrapped in warm pitta bread.

The pine-clad range, home to ancient copper mines, tops out at an impressive 6,404ft and there are ski runs at two sites in the winter.

If conditions are right, it is even possible to ski down the mountain in the morning and go swimming in the sea in the afternoon.

Must-sees include Agios Nikolaos tis Stegis, a Byzantine church which is unremarkable from the outside but has magnificent interior murals which date back as far as the 11th century. Close by, you’ll find Kakopetria, a pretty village tucked in to the Solea Valley, which has narrow stone-paved alleys and charming two-storey houses with wooden balconies and jars of colourful preserved fruits on sale.

Authentic Cyprus does not get much more authentic than this. 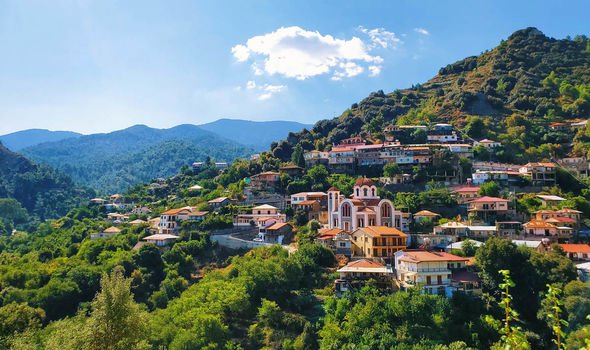 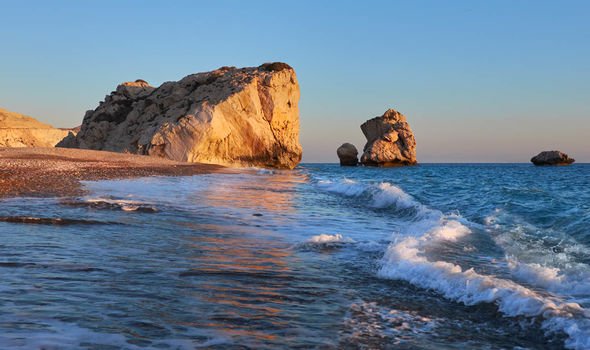 Besides its beauty, Lara Bay is a haven for loggerhead and green turtles. A conservation station has for the sea in Lara Bay been set up and local ecologists place aluminium cages to protect turtle eggs from predators. Visit between May and August for a chance to see the turtles arriving on the beach to lay their eggs.

Scuba divers will love MS Zenobia, a Swedish roll-on-roll-off ferry which capsized off Larnaca harbour in 1980.

It is now rated as one of the top 10 wreck dives in the world and is home to species of fish including grouper, barracuda, moray eels and stingrays plus turtles and octopus. Much of the ferry and its cargo of tractors is intact.

A long-standing tradition of winemaking dates back to Ancient Greek, Roman and Egyptian times, though recent archaeological finds of old wine jugs in villages may be as much as 5,500 years old. The Akamas Wine Route runs through rugged coastlines and charming villages where winemakers work with the indigenous Xynisteri (white) grape variety which flourishes in a climate tempered by the sea breeze.

Commandaria is a fabled dessert wine made from two local grapes grown on the southern slopes of the Troodos Mountains, with only 14 villages entitled to give the name to their produce. The name comes from the Grand Commandery at Kolossi Castle as the Knights were renowned for producing it.

Mediterranean food and olive oil have gone hand in hand for millennia. The Oleastro Olive Park and Museum, near Pissouri, is Cyprus’s first such museum and visitors can discover the extraction methods, the role of olive tree in art and the Med diet plus customs, traditions and history. An ecological olive mill allows visitors to watch the oil extraction between mid-October and February (€3).

The inside track on being a female LNER train driver

How to take the ultimate trip to Houston, Beyonce’s hedonistic hometown