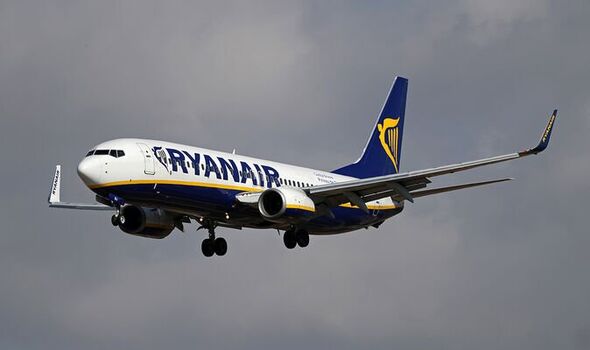 The woman, who posted the video on TikTok, said that she and her friend were told bags were included in the airfare due to them being hand luggage and not suitcases – but upon arrving at the airport gate, Ryanair staff told them their luggage would need to be put in the hold. In the confusion, she made an unfortunate error which caused her to become the most hated person on the plane, reports Birmingham Live.

She explained: “In the UK you can get this thing called the Wowcher £99 mystery deal where you pay £99 each and you get a whole holiday, flights and hotel, for £99.

“The catch is you just don’t know where you are going. And she told us that our bags were included in the airfare because they were just cabin bags and not hold bags or anything, they weren’t suitcases.

“She was wrong. We got all the way to the gate at the airport and just as we are boarding the woman at RyanAir says ‘look, you’ve got to put these bags in the hold.’

“We were a bit annoyed because we had to pay extra money that we didn’t know about and they put the bags in the hold.

“But that is not why the plane was delayed.”

She continued: “We take our seats and my pal turns to me and asks ‘oh do you have your passport?’

“My passport was in the bag that they put in the hold. And you can’t get through customs without your passport.

“So I had to go to the pilot and the pilot had to call the ground crew, the ground crew had to bring my bag out from the hold they just put it into. And then I had to rummage through my bag in front of everyone on the plane.

“And then they had to repack the hold with my bag in it. I was the most hated person on that flight.”

People flocked to the comments on the Birmingham Live Facebook page, with one person saying: “But most importantly, where did she go?”

While another said: “It’s a Ryanair flight you cant even put a packet of crisps in the cabin”.

Teens Accused of Joy Riding in Stolen Plane on Thanksgiving

These Are the Worst Days to Drive During the Holidays