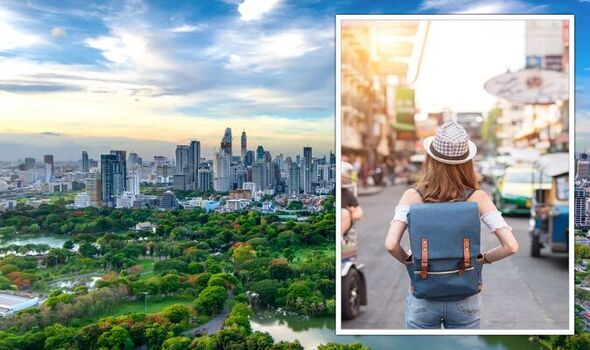 The InterNations City Ranking survey asked expats around the world to rate their city on several important factors. Bangkok, the capital of Thailand, was ranked as one of the cheapest cities in the world.

Almost 70 percent of expats living in Bangkok were happy with the cost of living, which was 25 percent higher than the global average.

One British expat said: “Your money definitely goes a lot further here than it would in Europe.”

Nearly 90 percent of expats said that their disposable income was more than enough to live a comfortable life in Bangkok.

Incredibly, nearly three in five expats said they had more than enough money to live comfortably in the Thai capital.

Housing was thought of as affordable and expats said they generally also felt it was easy to find.

Many expats in Bangkok choose to live in Ekkamai, which is a middle class neighbourhood with a hipster vibe.

Expats with cash to spare might want to consider living in Sathorn, an area with lots of modern luxury apartments.

Many of Bangkok’s residents live in apartments although it is possible to rent houses further out.

The city also ranked highly when it came to friendliness, with 88 percent of expats saying the local residents were welcoming.

A British expat said the “Thai culture, friendliness and attitude to living” was one of the things he liked most about life in Bangkok.

Nearly three quarters of expats were happy with their social life in Thailand and the city was voted fourth in the world for friendliness.

In Thailand, it can be considered disrespectful to visit someone’s home without taking a gift, so expats should be sure to take something when they visit a new friend.

Expats should also remove their shoes when they visit a Thai home and should never yell at people in public.

Pointing a finger at people is also seen as impolite and should be avoided in public places in Bangkok.

While Bangkok had a lot of positives for expats, many residents were unhappy with the city’s air quality.

Expats were also disappointed with the lack of online services and found most administration had to be done using paperwork.

One expat said: “It is all paperwork for everything” while two in five expats were unhappy with the availability of online Government services.

While Bangkok has plenty to offer in terms of leisure activities, many expats like to travel to the coast for the weekend.

Thailand has many stunning beaches which are very popular with tourists and residents alike.

Will two jabs give summer trips across Europe the green light?

Stuck at Home? These 12 Famous Museums Offer Virtual Tours You Can Take on Your Couch (Video)